In this exclusive interview, Ammar Basheir shares the importance of redefining Middle Eastern design and working with artisans 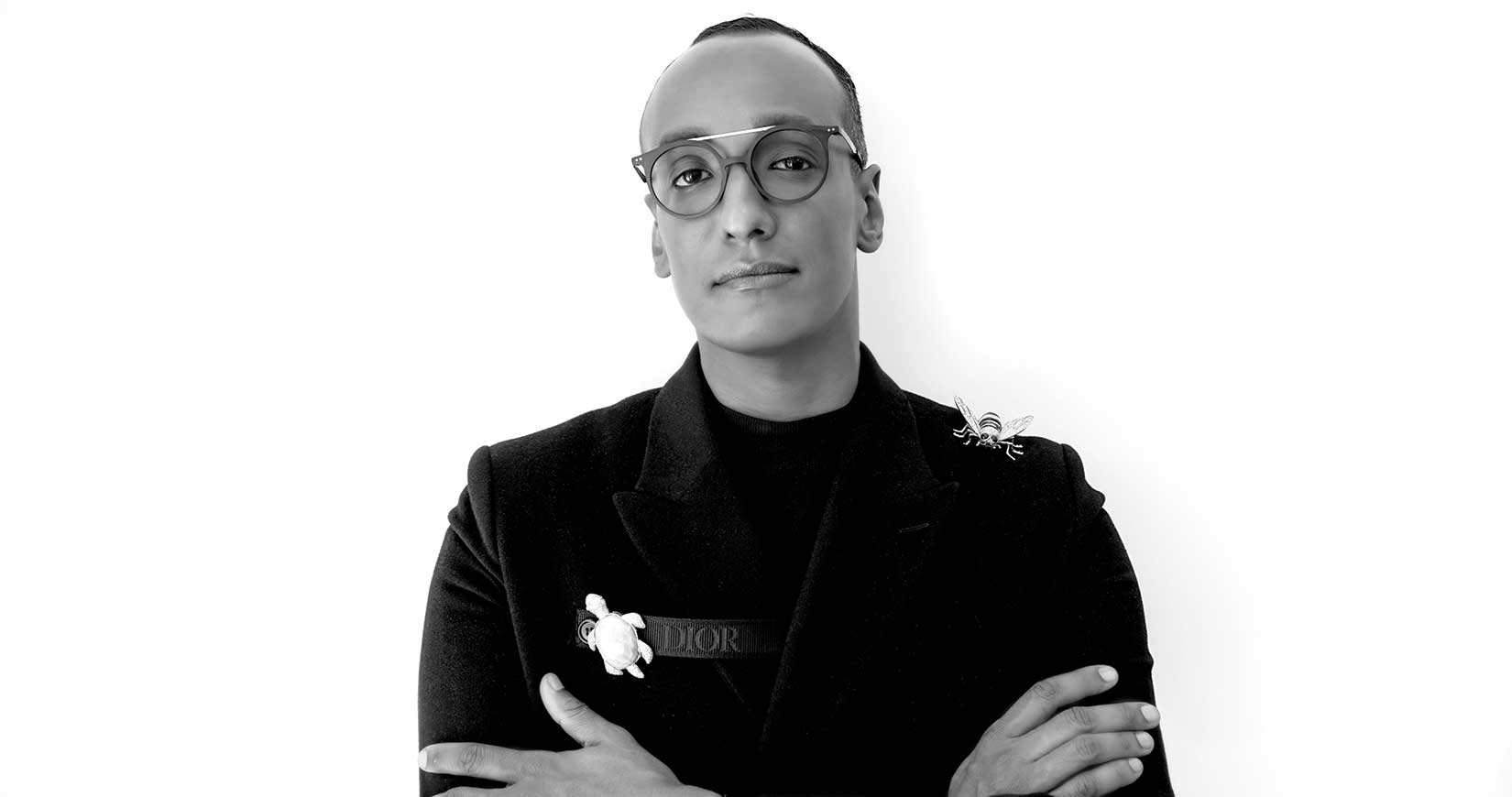 “I have not had a business card until two years ago,” reveals Ammar Basheir, who is seated in his office in Manama, Bahrain where he is based for half of the year. He spends the remaining six months in London – a city that has played a vital role in shaping his career as a designer and where he received his design education at Central Saint Martins.

Basheir belongs to an intriguing community who call themselves ‘Dream Makers’. It consists of a tight circle of designers who all know one another and who specialise in creating atmospheric spaces. Basheir describes it as a niche market where projects are commissioned by word of mouth. Through this community, Basheir has come to complete a number of high-profile projects for a number of royal families across the Middle East, as well as celebrities including the likes of George and Amal Clooney. The world of the Dream Makers is small, close and well-connected. “The dream could be anything,” Basheir adds, playfully. 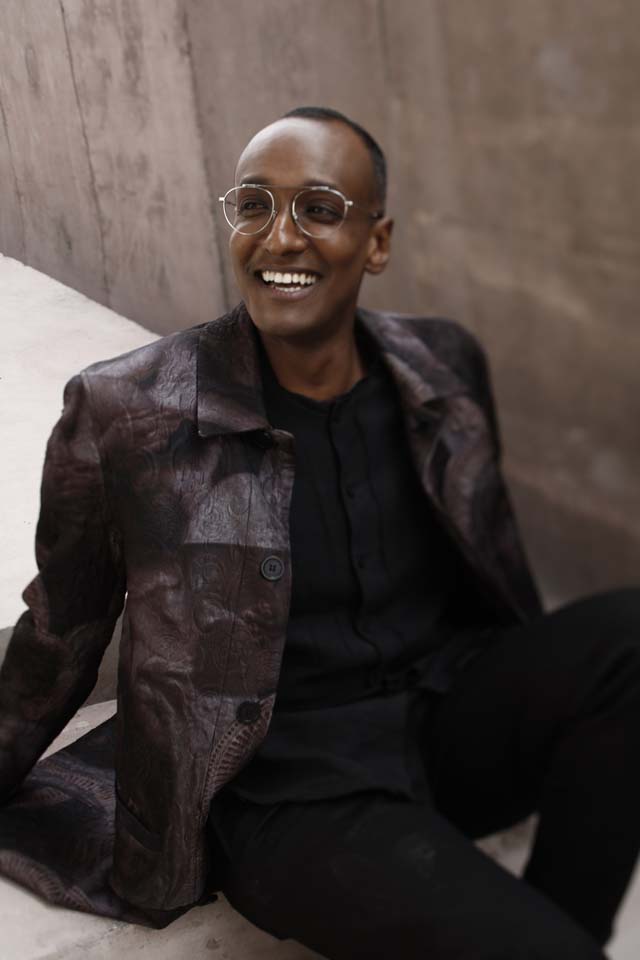 The proudly Bahraini designer grew up and spent most of his life in the Gulf: first in Dubai, then Manama – where he launched his eponymous practice in 2009. Born to Sudanese parents – a court judge and an artist – Basheir was interested in fashion design from a young age.

For those who know him – or have even caught a momentary glimpse – can assert to his distinct sartorial style, where assorted textures are precisely layered to evoke a certain type of panache. His signature statement is a single, solid rose gold ring that has been moulded and cast in the exact shape of his finger – a reference to the pharaohs of ancient Egypt who used to dip their fingers in gold. Basheir believes one’s appearance contributes greatly to their pursuit in life. 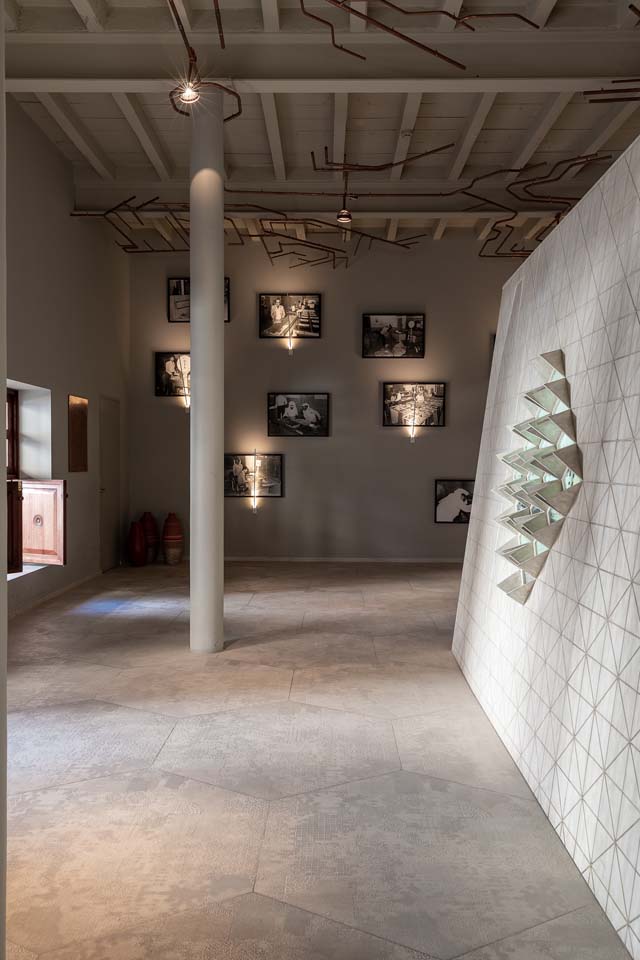 “I remember when I had my internship interview at Harvey Nichols, I was so overdressed,” he recalls, humorously. “The director asked me, ‘why are you dressed like this?’ and my answer to him was ‘dress for the job you want, and not the one you are applying to’. But fashion design was not a respected career path in the Arab world at the time. Instead, he chose interior design as the “next best thing”.

After completing his studies, Basheir began working at La Fontaine Centre for Contemporary Art in Manama as a design consultant, under the mentorship of its owner, Fatima Alireza. The experience exposed the young designer to a sophisticated design aesthetic and timeless beauty, where he redesigned its exhibition galleries and award-winning restaurant, creating custom-designed cutlery, furniture and plates. It was during his time at La Fontaine that Basheir met Her Excellency Shaikha Mai bint Mohammed Al Khalifa, who was Minister of Culture at the time and who has played a transformative role in the designer’s career. 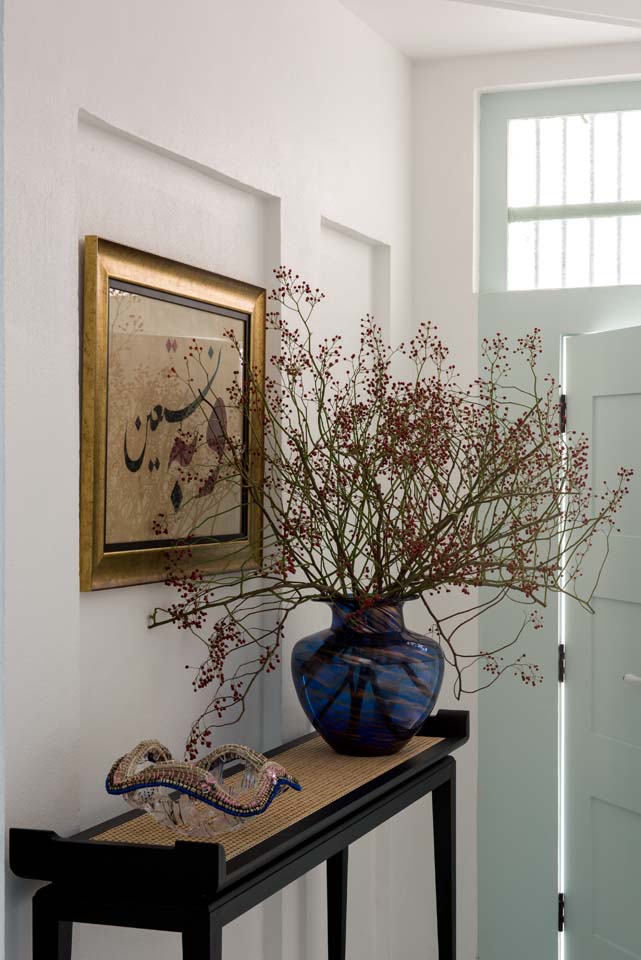 “I was 24 years old when I met Her Excellency Shaikha Mai,” Basheir recalls. “I had designed an exhibition for National Geographic photographer Reza Deghati. I had text written on the floor, on the walls and brass locks throughout. It was very unusual for its time.”

HE Sheikha Mai, who is now president of the Bahrain Authority for Culture & Antiquities, was immediately impressed by Basheir’s work and commissioned him to design the space for the opening performance of the Spring of Culture festival in Bahrain that year. It was the first collaboration of many. He began travelling with HE Shaikha Mai to create installations and kiosks for Bahrain at the Frankfurt and London book fairs. She challenged Basheir as a designer and contributed to his growth, and most importantly, maintained complete trust in his abilities. 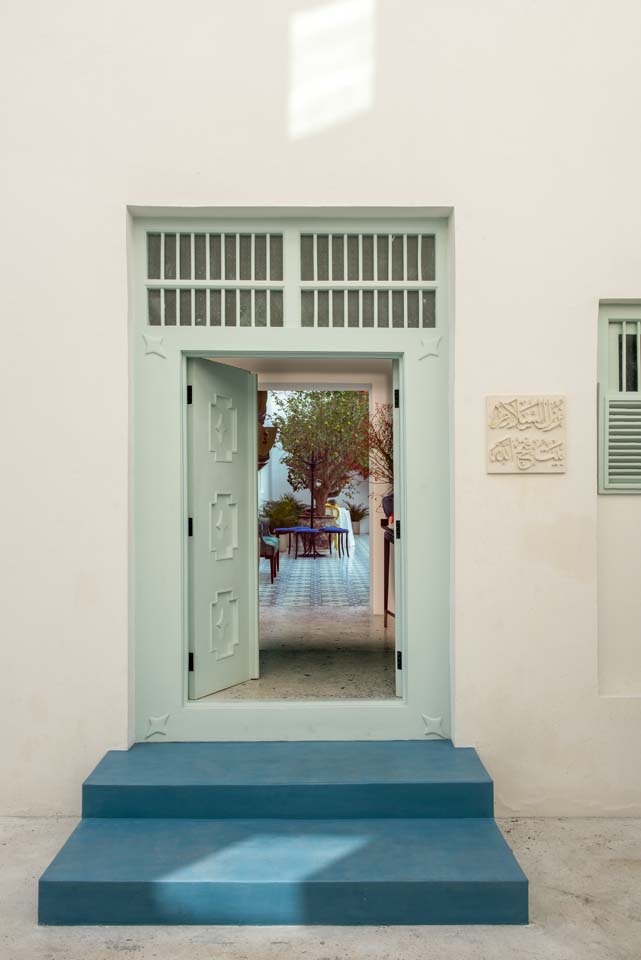 “It is not easy to gain the trust of a client but over the last six to seven years, I have never created a presentation for Shaikha Mai or any perspective drawings. We are on the same wavelength and we know what we want through instinct. I am very grateful as not a lot of people are able to have that,” says Basheir.

Since relocating to Manama and opening his practice, Basheir’s main purpose has been to elevate design in the Middle East to an international standard but doing so on its own terms, without being dictated by the Western gaze and falling prey to orientalist cliches. Part of this mission was to also ascertain design as a practice that is important and valuable to society and to communities across the region. 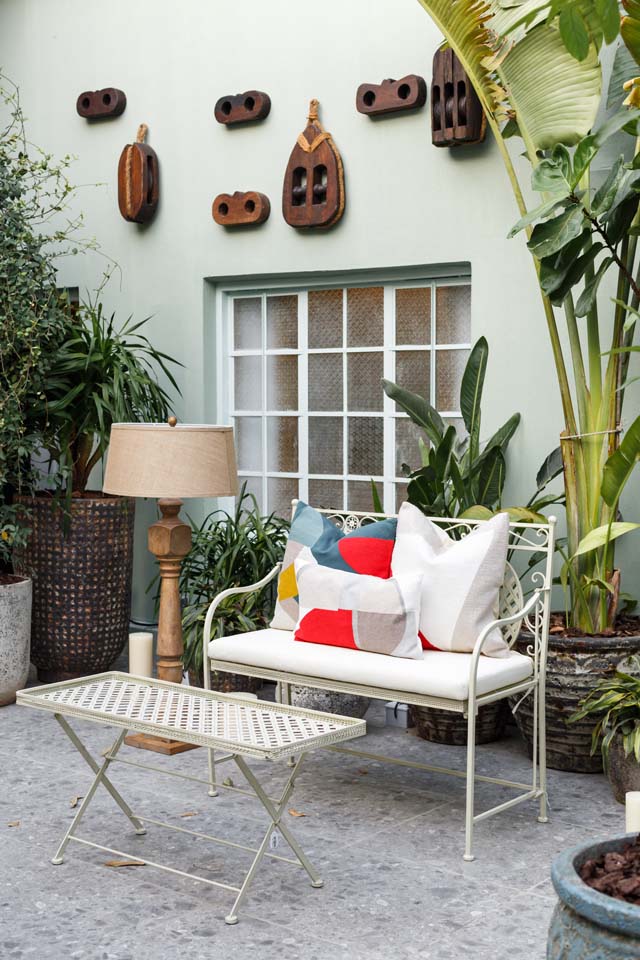 “I had a difficult time when I began my career in design because I did not have the support system around me as nobody was sure if it was possible to make a living out of design while also giving back to the community. Now I am very pleasantly surprised,” he says. For Basheir, community engagement is essential as is empowering artisans and working with local craftsmen.

“I see that there is a lot of local craft engaged on a very small scale. Unfortunately, I must admit that as a community, we have never empowered our artisans. We go to cities for tourism and we buy souvenirs from them, but we never give value to their work. They are always thought of as underprivileged and are not given importance as people of power. This is why I work with artisans in all my projects and it is something I have been doing for the last 12 years,” he says. 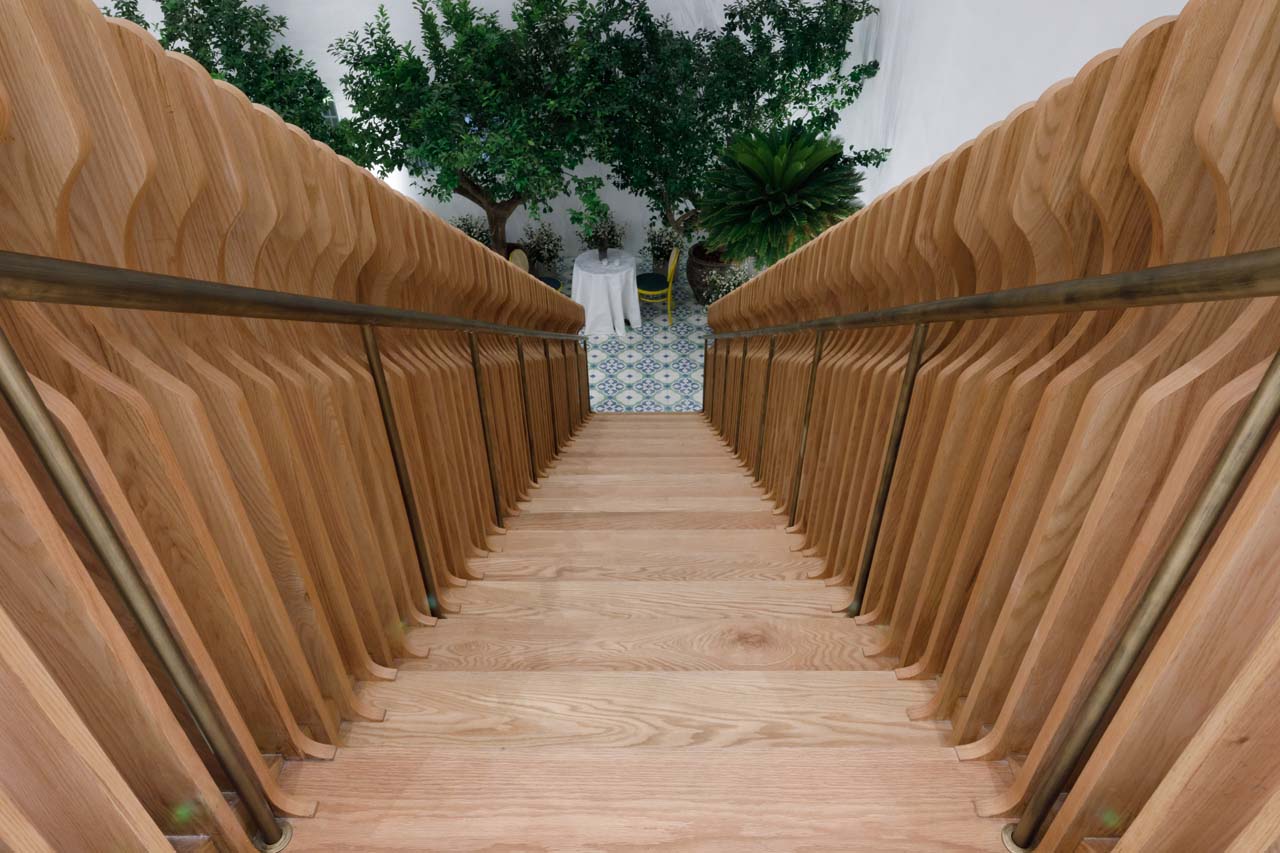 Basheir will soon be releasing a book called The Magician of Materials, which includes images of the artisans that have worked across his projects. “I have made sure I photographed all the artisans that I worked with using powerful portraits, almost royalty-like where they are sitting on thrones. We need to give them that sense of empowerment.” He is also keen on scouting talent from remote areas of the Middle East, instead of solely relying on design talent to gain access to the industry through an expensive education system that not all can afford.

“I have always had a dream to have a design bus that goes to villages all over the Arab world because there has to be talent there,” he shares. 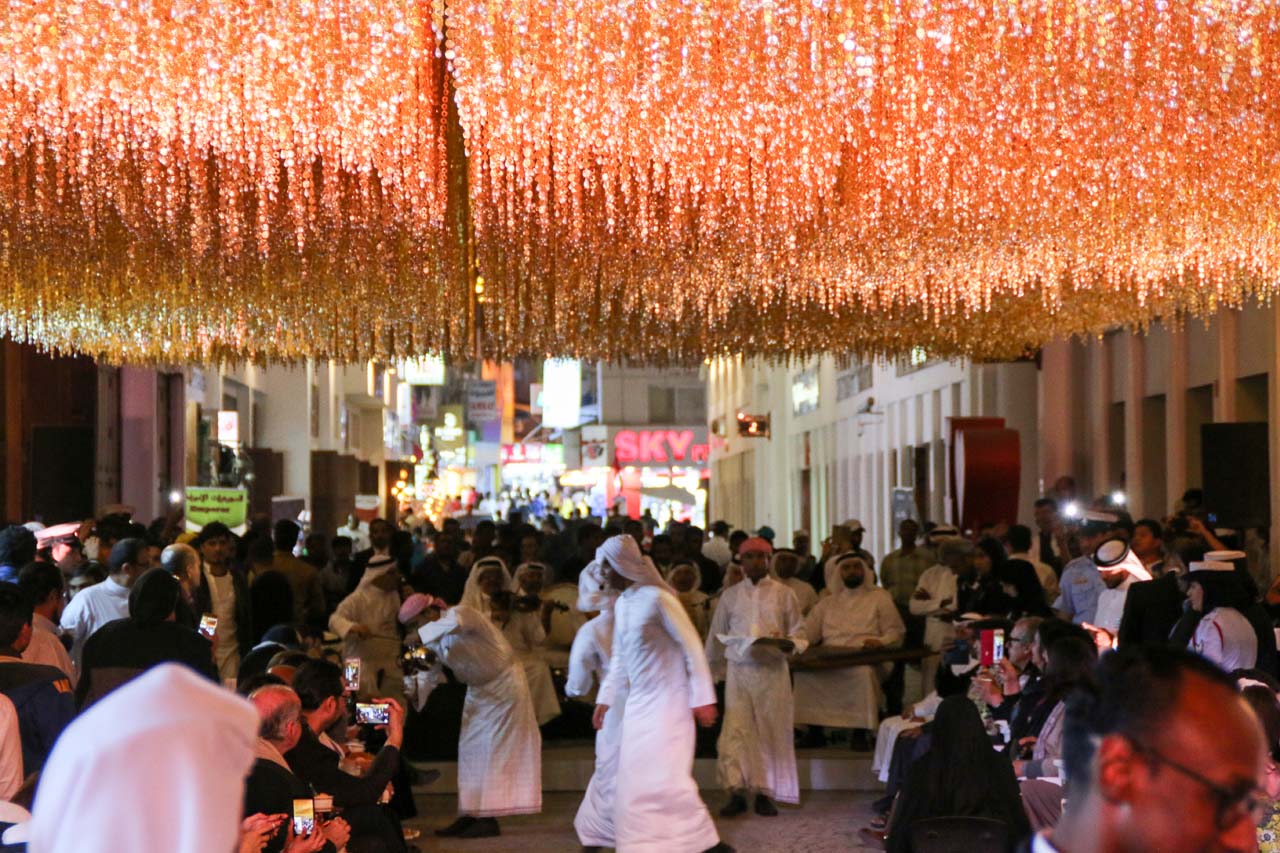 Basheir also believes the design community across the Arab world needs to be more open to collaboration and constructive criticism in order to evolve. He recalls having his work critiqued by 60 people and being told to find another career path which he first took harshly but later realised was an essential part of growth.

“We need to accept constructive criticism. This is where we have a problem. Sometimes when you criticise, people get upset. I love my work to be criticised. I think it is very healthy and that it’s the only way to learn.”

One of Basheir’s most significant projects to date is the design of the renovated Nuzul Al Salam in Muharraq, the first boutique hotel of its kind in the city, situated inside a restored traditional Bahraini house, and part of the Year of Zayed initiative between the UAE’s Ministry of Culture and Knowledge Development and Bahrain’s Shaikh Ebrahim Center for Culture and Research.

“We really wanted to change the perception of Arabic design and Arab hospitality and debunk Arabesque clichés and orientalist references,” Basheir explains of the design. “So, my first brief to myself was no mashrabiya, no arabesque patters and no calligraphy as it has been an overkill for us, and we need to get out of this narrative. 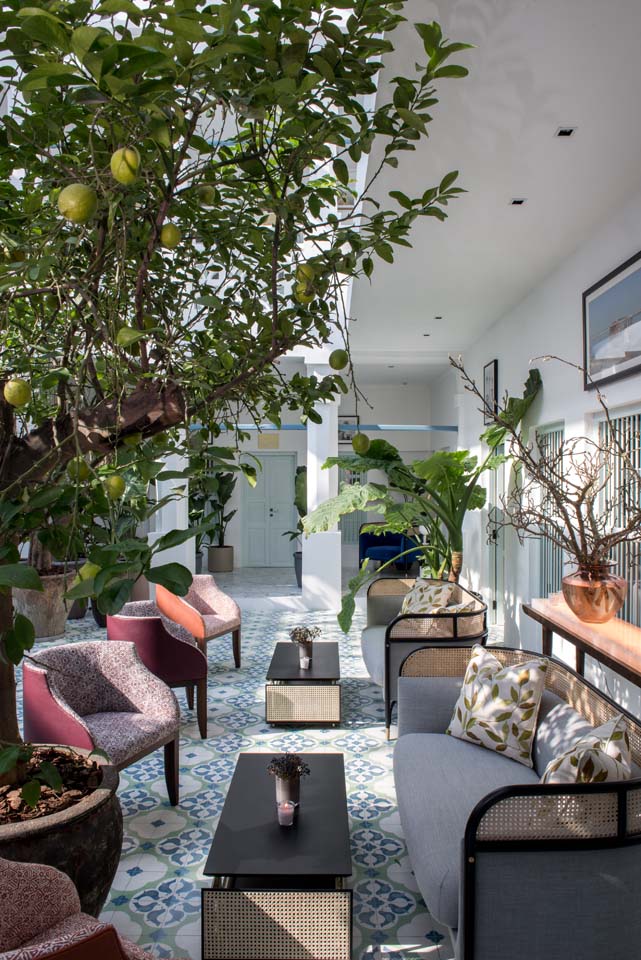 “I also wanted to make sure that I did not create a design that is alien to the environment. The most important people to design for are the people living in the area. They need to be able to welcome it and understand it.

“The house itself was based on the 1930s era which was very colonial. Many Arab nations were colonies at the time and these colonies were a major influence on the built environment. We were heavily impacted by Britain and India in our design aesthetic. I didn’t want to adapt things that we never had. We had terrazzo flooring, we had simple painted walls, but we never had chandeliers, it wasn’t part of our culture. So, why would I introduce something that wasn’t there? I wanted to create something that was relatable and spoke the language of the place.” 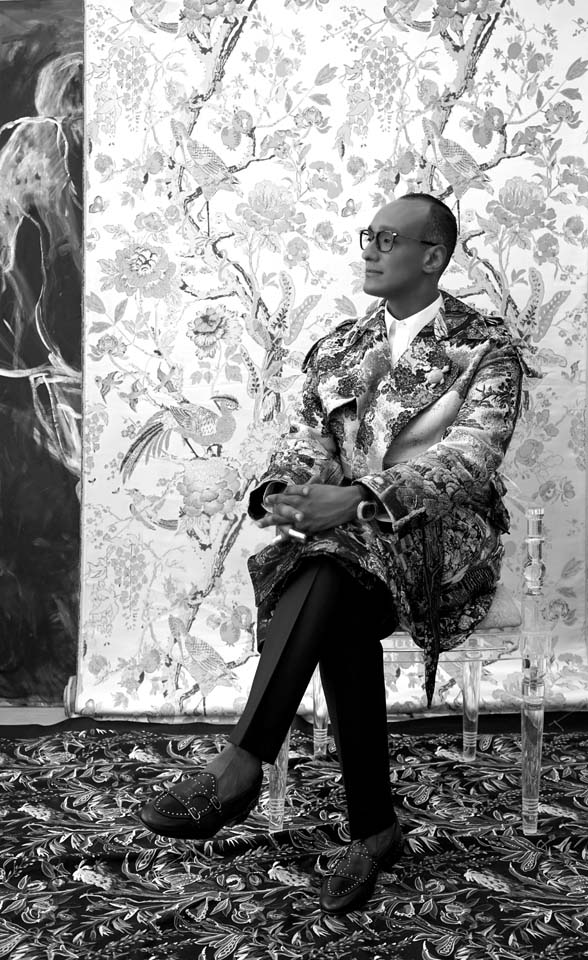 Basheir’s own flair for layering and eclectic compositions is evident throughout the project, something that wasn’t present in his earlier projects which he describes as minimal, clean, contemporary and sleek.

“As I grew older I began to develop a love for materials and volume and began to understand the importance of decadence. I understood that a design should live that long. So, my inspiration really comes from these three words. I used to design houses and places that were nice to photograph or good for a coffee table book. Then slowly I realised that it is very important to integrate your senses in the process. Now, I design homes rather than houses. I design living spaces. The concept of fine living should start from you, not from the spaces around you. This is what happens when you engage all your senses,” Basheir explains.

“Design is very much linked to your emotions and your senses. This is what I try to do with my projects. There is lots of layering. A lot of textures and details. Because I want to occupy you mentally.”