The preservation projects across Muharraq aims to protect the city's heritage 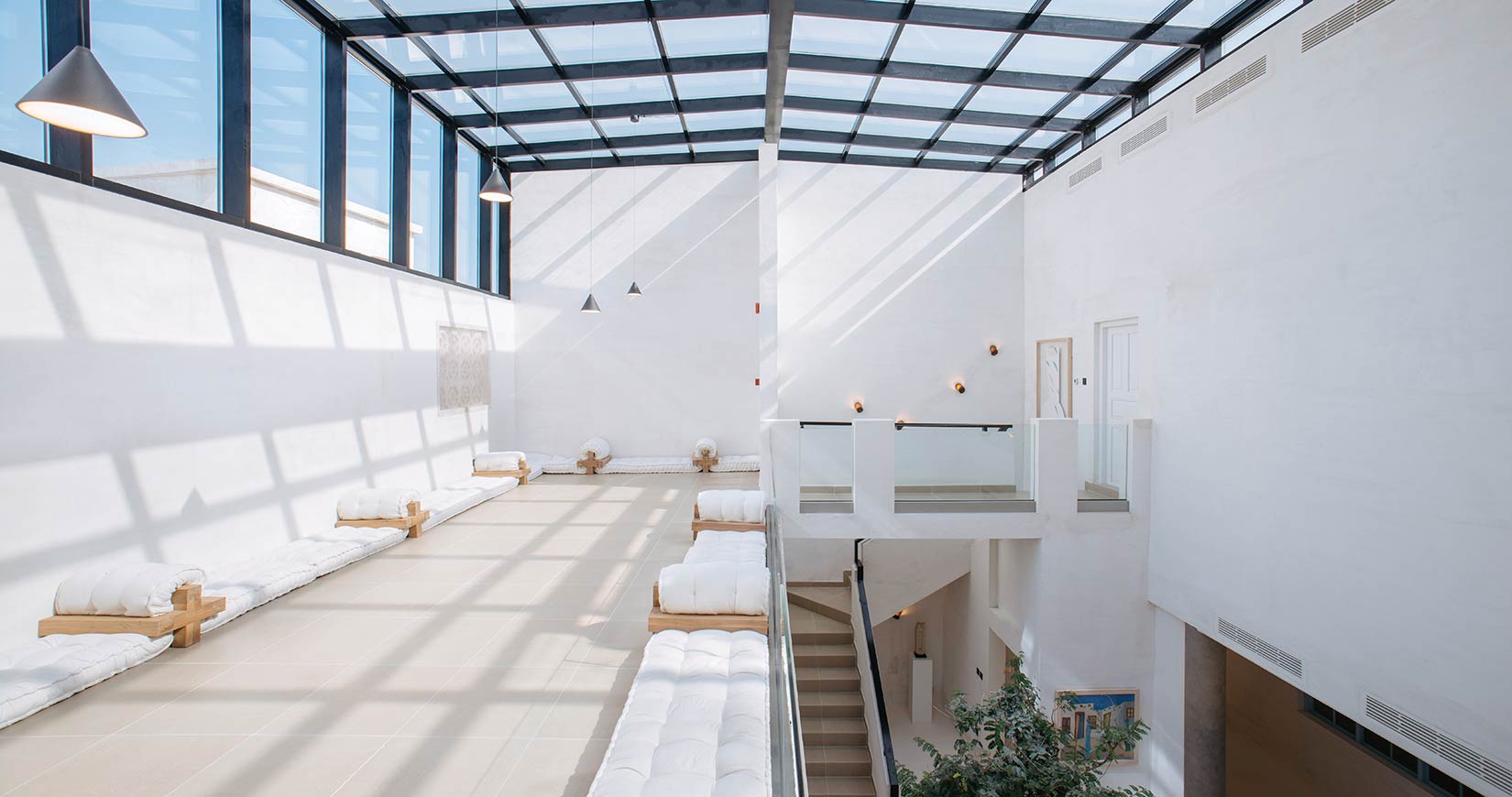 Between the 1850s and 1930s, the pearling industry across the Gulf flourished and Bahrain’s third-largest city of Muharraq – its then capital – was at the centre of the trade. However, with the arrival of cheaper alternatives, such as Japanese cultured pearls, and the discovery of oil in Bahrain, Muharraq’s pearling economy dwindled, and eventually faded out, and by the 1950s the city began to fall into decline and negligence, with much of its architectural heritage destroyed.

Closely tied to its pearling history, Muharraq’s architecture boasts coral stone constructions sourced from the nearby sea, unlike many other pearling centres that were home to temporary structures made of palm leaves and trunks. Many of the prominent families associated with pearling still own their homes, and some even currently reside in them. The lack of economic intervention and development in Muharraq since its decline had allowed these buildings to remain intact, although in derelict condition. 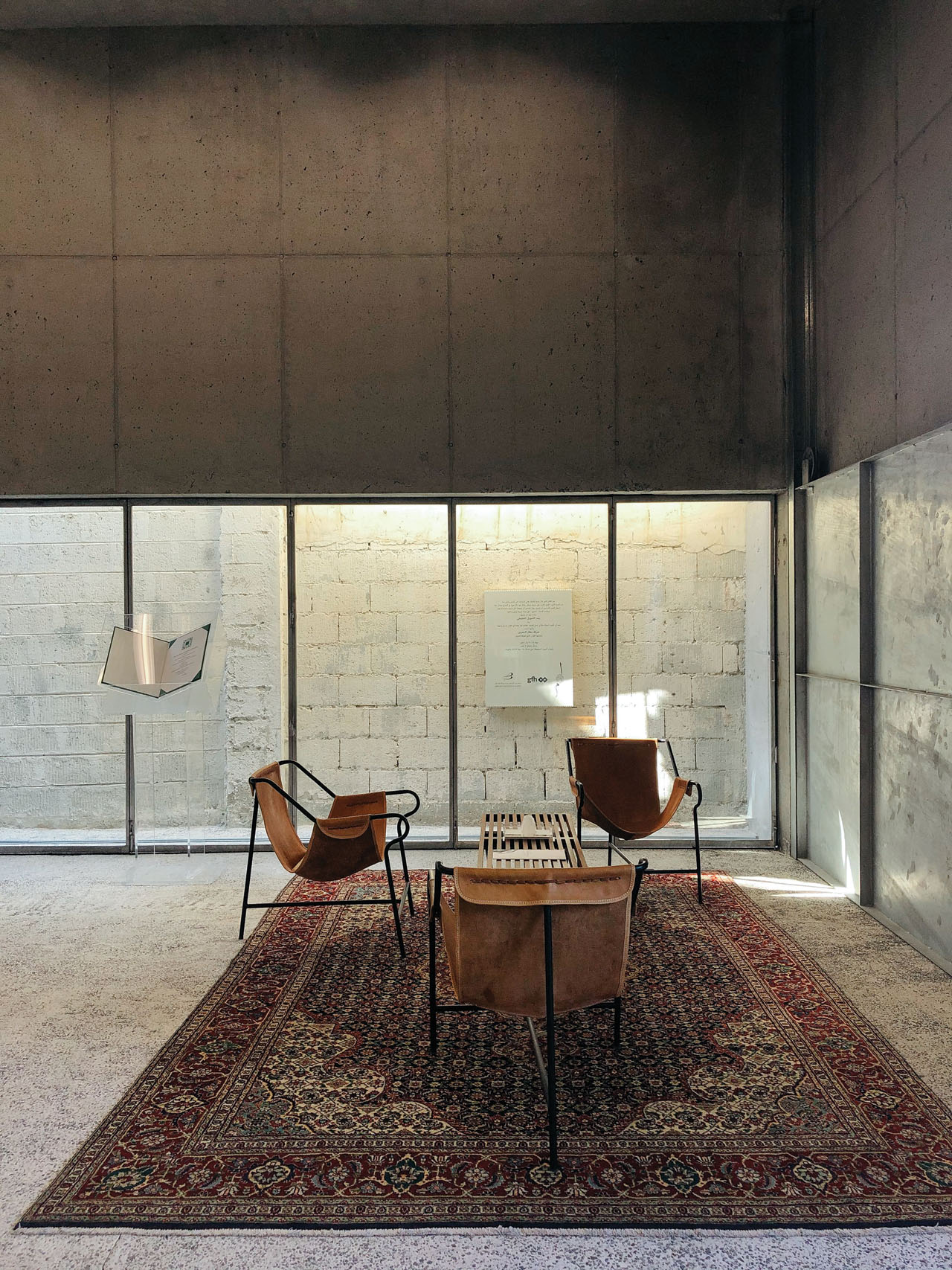 “Of all the Arab cities in the Gulf, Muharraq is probably the best-preserved pearling town in the region,” says architect and writer, Ali Karimi, co-founder of Manama-based Civil Architecture. Describing Muharraq as “the best example of pre-oil urbanism in the Gulf”, he added that the remaining set of archetypal buildings in Muharraq proves “crucial to understanding regional architecture prior to the 20th century.”

Muharraq’s historic residences range from the modest homes of pearl divers to opulent courtyard houses that once belonged to wealthy pearl merchants, as well as writers, artists and musicians alike. And this is where the story of the revitalisation of Muharraq begins: conceived by Her Excellency Shaikha Mai bint Mohammed Al Khalifa – now the president of Bahrain’s Authority for Culture & Antiquities (BACA) – the original goal of the project was to rebuild the demolished majlis of her late grandfather Sheikh Ebrahim bin Mohammed Al Khalifa.

What had started out as a personal project grew into a citywide initiative that has since earned worldwide recognition and the efforts and involvement of many high-profile architects from around the world.

“The goal was to preserve the identity of the city and encourage people to stay in the old town of Muharraq and benefit from its treasures instead of demolishing these homes and building new ones in their place,” Shaikha Mai Al Khalifa says. “If you lose your identity, what do you have? The future begins with our history, and this is the most important message for me.”

The reconstruction of the first majlis in 2002 grew into what is now the Shaikh Ebrahim Centre for Culture and Research, which honours the efforts of Sheikh Ebrahim who used this space to debate matters of culture, philosophy and the arts at the beginning of the 20th century. The centre now accounts for over 25 houses, some of which are old homes that were renovated while others have been rebuilt as cultural spaces that are open to the public. Most of the houses are also made to reference their original owners and their occupations within the arts with the aim of preserving contributions to the city of Muharraq.

“This started at a time when there was still a big race for development and modernisation and not so much awareness about what was being lost,” says Noura Al Sayeh, head of architectural affairs at BACA. “20 years ago, the mindset was very different to how it is now. These houses were being lost one by one and with them the history of the city. That is why preservation is always two-fold and both aspects are really important. There is the preservation of the urban fabric as well as the preservation of the intangible heritage: memories and personalities who were part of history and who were starting to be forgotten.”

The Shaikh Ebrahim Centre initiative gave rise to an even more ambitious project under BACA, a comprehensive programme entitled ‘Pearling Path, Testimony of an Island Economy’ involving various architects, planners and researchers. The project highlights the town’s pearling history and aims to re-balance its demographic makeup, enticing local families back through improvements to the environment and provision of public, community and cultural venues. 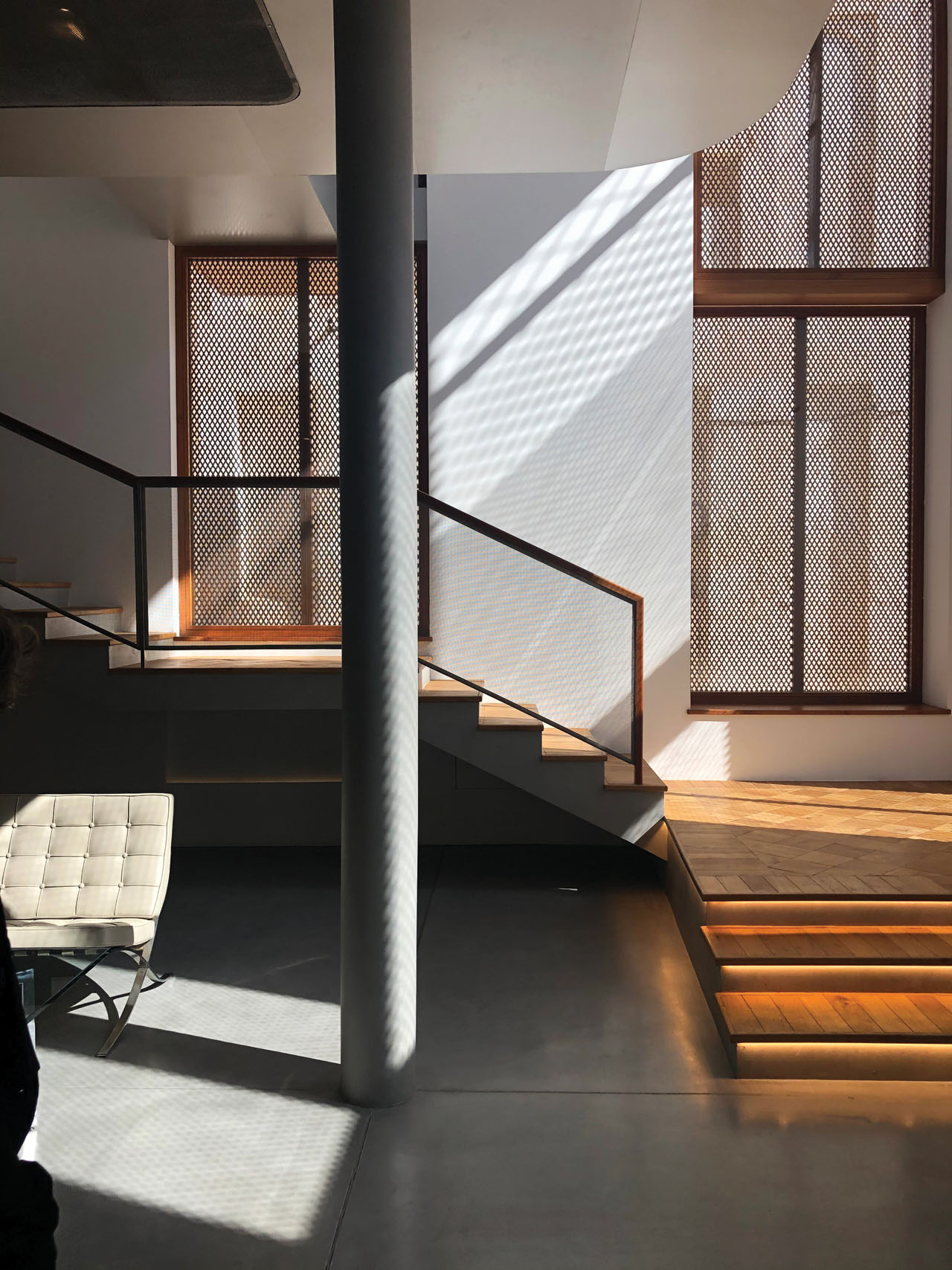 The Pearling Pathway is now a UNESCO World Heritage Site. All new planning applications are reviewed by the project team to ensure further developments are in keeping with the scheme’s overarching objectives. The project has also received the prestigious Aga Khan Award for Architecture, which rewards positive contributions to the built environment of Muslim communities worldwide.

The 3.5km Pearling Pathway involves 16 structures as well as 400 houses along the route that are having their facades restored. Alongside the preservation and adaptive reuse projects stand contemporary structures completed by notable architects such as PAD Architects, OFFICE Kersten Geers David Van Severen, Leopold Banchini Architects, as well as Valerio Olgiati, whose brutalist construction serves as the central gateway to the Pearling Pathway.

Future projects are also planned for the area including the redevelopment of the oldest market in the city by Studio Anne Holtrop and the rehabilitation of the Murad House, which will be turned into a guesthouse for visitors while its ‘women’s room’ will be converted into a tea house that is open to the public. Additional initiatives include multistorey car parks designed by Christian Kerez, which are planned for completion by 2021.

So far, the restoration and conservation strategy has involved preserving original parts of the homes’ structures while allowing for adaptations to happen where necessary, and predominantly to cater to the needs of the residents’ changing lifestyles and household conditions. 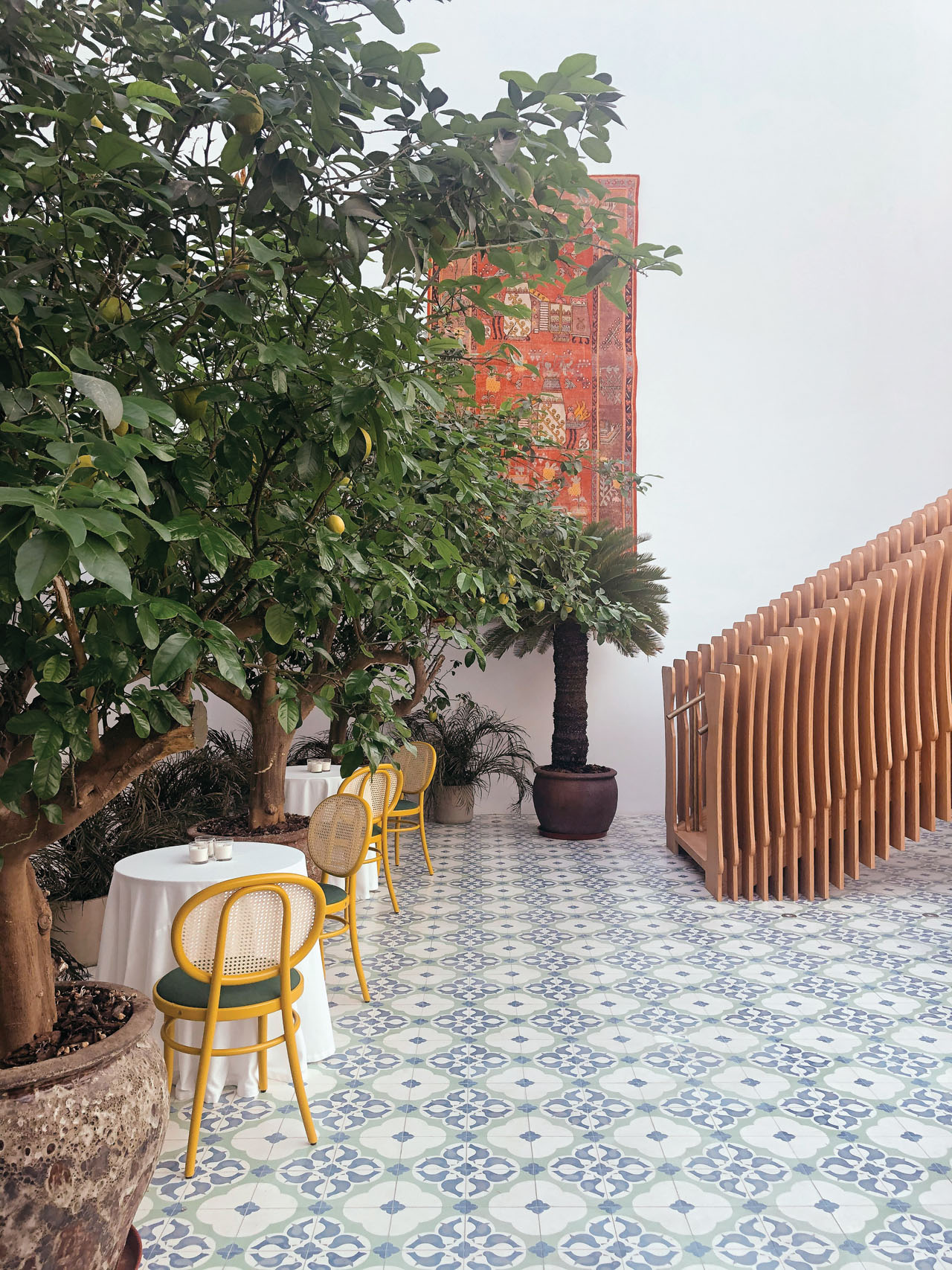 “The challenge was that a lot of the families that were living in Muharraq that needed to expand [their homes] would apply for a grant or loan from the Ministry of Housing and often times they would be relocated to other parts of Bahrain in new housing projects. So, what we wanted to do was reverse this trend and show that while conserving the old parts of the house, you could allow for some flexibility to expand the spaces,” Al Sayeh explains.

While the project has done a tremendous job at raising awareness around the importance of architectural preservation and the cultural significance of Muharraq both locally and regionally, it has also managed to spark foreign interest, gauged by a rise in both architectural tourism, media attention and international awards. However, it isn’t immune to its own set of pitfalls and concerns.

Karimi, who also teaches modern architecture at the University of Bahrain, comments that while on an urban and architectural level, the efforts of the Shaikh Ebrahim Centre and BACA provide a case study on mindful and patient development which could serve as an exemplary model to other countries, culturally, the initiative leaves a lot to be desired.

“Many of the Shaikh Ebrahim buildings have little to no functional programming,” he says, explaining that the houses mainly function as private spaces that are open for visitation. “The problem with that is if a building isn’t in use, people can’t engage with it or internalise the values that the project aims to convey. This could easily be resolved by hiring locals to run programming and enabling parts of the community to utilise the houses as a way of keeping them active,” he adds.

Architect and urban conservation consultant, Ghassan Chemali, who is responsible for the urban conservation of the Pearling Pathway, on the other hand, argues that with on-going restoration works, it is difficult to estimate the lack of programming but adds that plans for competitions and events to attract the local community have been put in place, “and this will only improve with time”.

Studying the effects of the revitalisation on the residents themselves, a two-fold reality presented itself where on one hand, residents have a renewed sense of pride to be living in the historic city, while on the other, several complications on an urban scale have surfaced.

“Previously, the approach to urban regeneration was to demolish entire neighborhoods and rebuild them to accommodate the contemporary needs of local Bahraini families, but this approach destroys Muharraq’s special identity. Our current approach is certainly better than this alternative but it needs to be supported by policies that allow middle to low-income dwellers to remain in the vicinity of the restored houses,” explains Chemali.

“The other danger is that the remaining inhabitants feel alienated by a new environment and they don’t feel they can relate to it. A corresponding policy empowering locals and allowing them to appropriate the restored areas so as to increase their feeling of belonging, needs to be in place.”

Another question then arises that is central to the original motivations of the project: will the new efforts drive back Muharraq’s original residents?

“The restoration works are still ongoing, and while it is expected that the new venues will attract economic activities and investments, it is unclear whether residents will come back to live in Muharraq just for that,” Chemali explains. “BACA is rather counting on satellite projects which are being implemented around the restored houses such as four multistorey parking structures and 16 public spaces. Making the city equipped for practical contemporary living conditions while at the same time preserving its identity is the strategy we hope will bring back local residents.”

While these and other concerns remain, there is no doubt that the rehabilitation of Muharraq’s historic houses has instilled a sense of positivity in the city, and one that looks to the future for further economic opportunities and social revival. 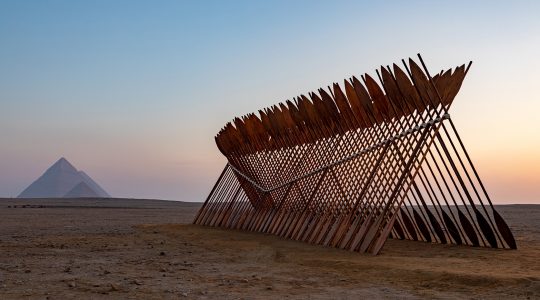 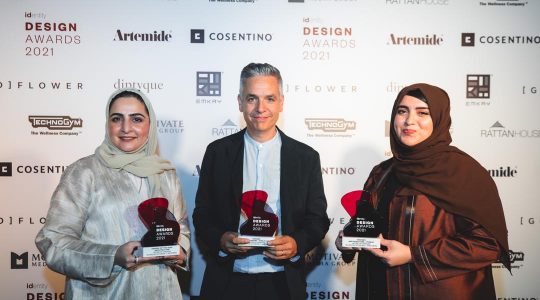