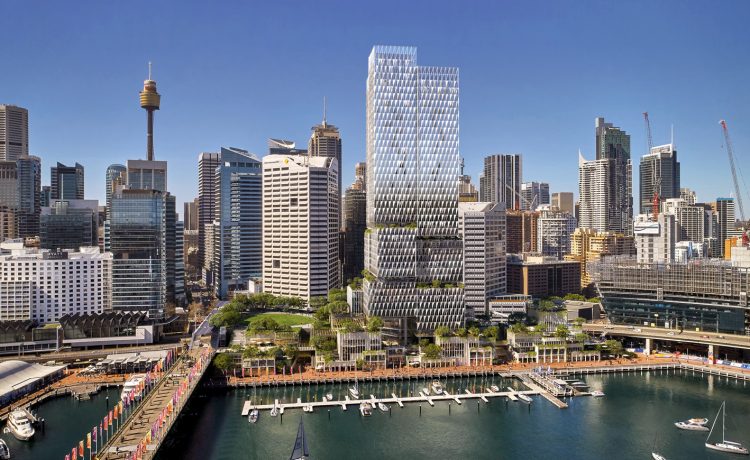 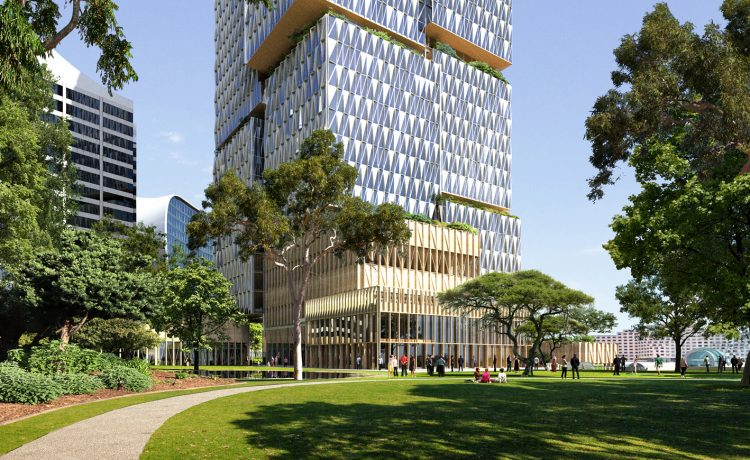 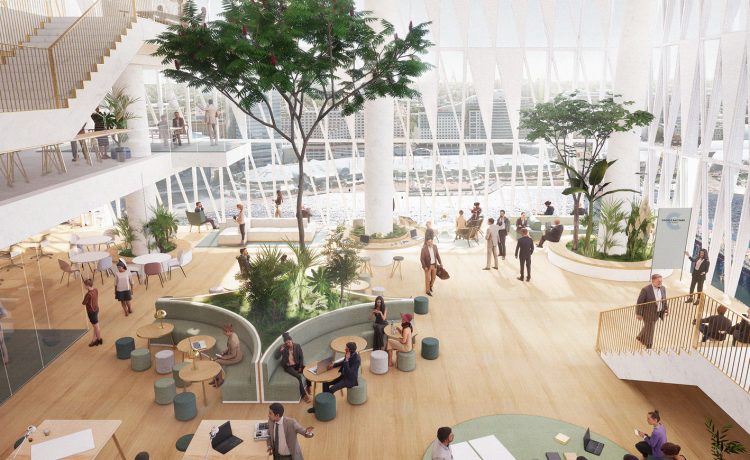 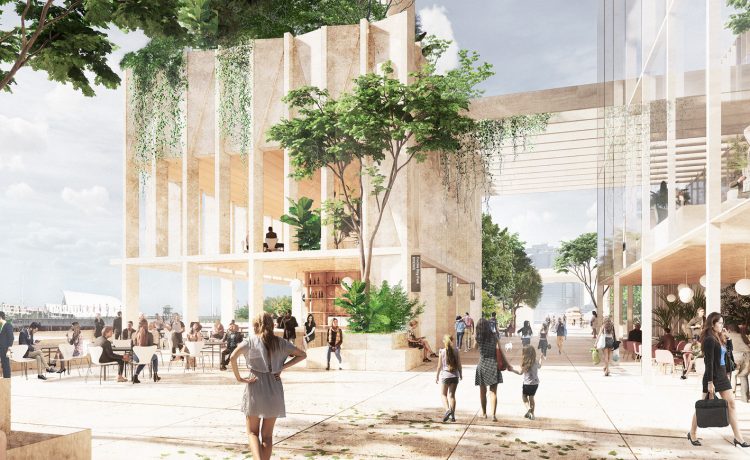 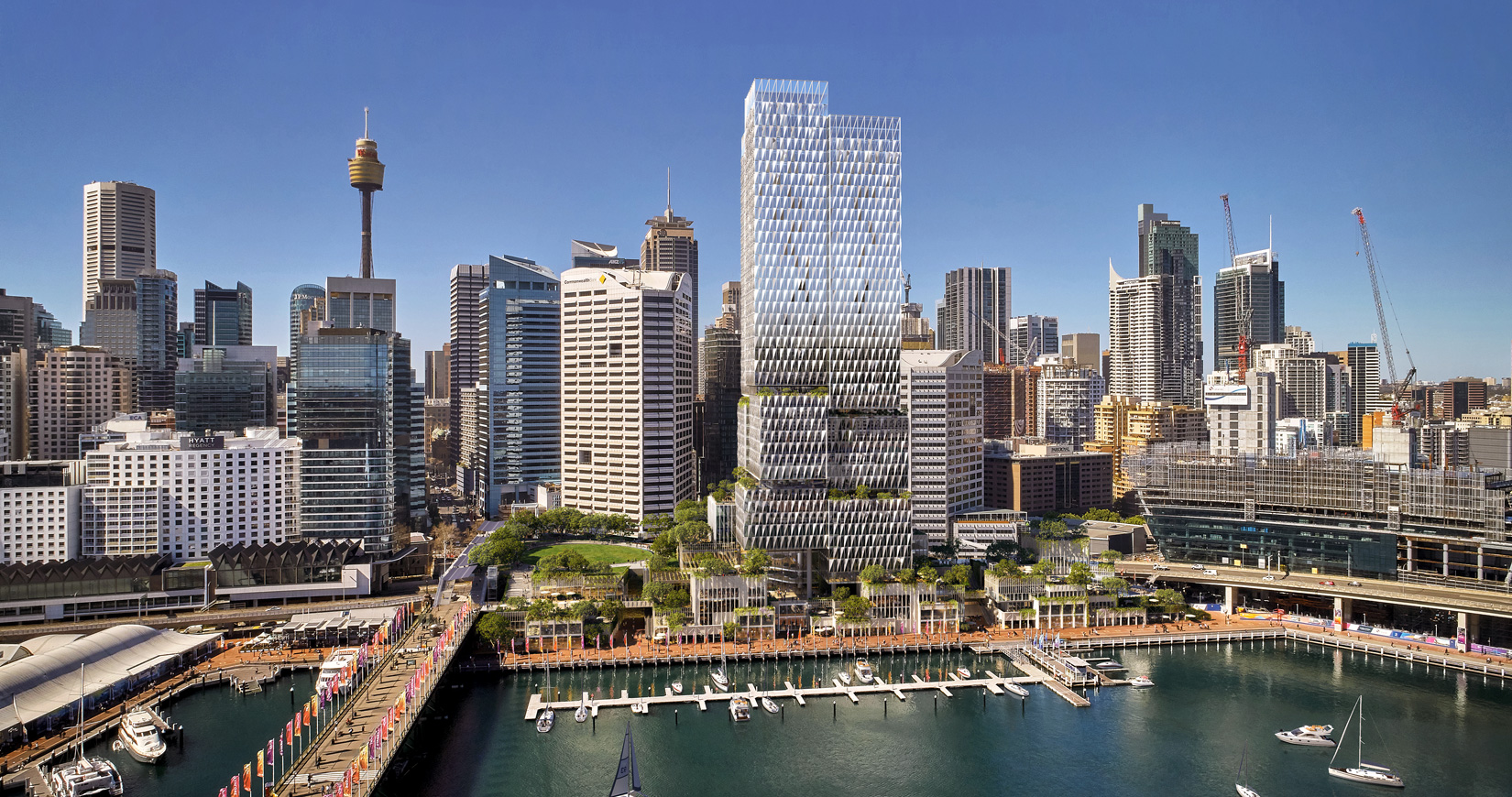 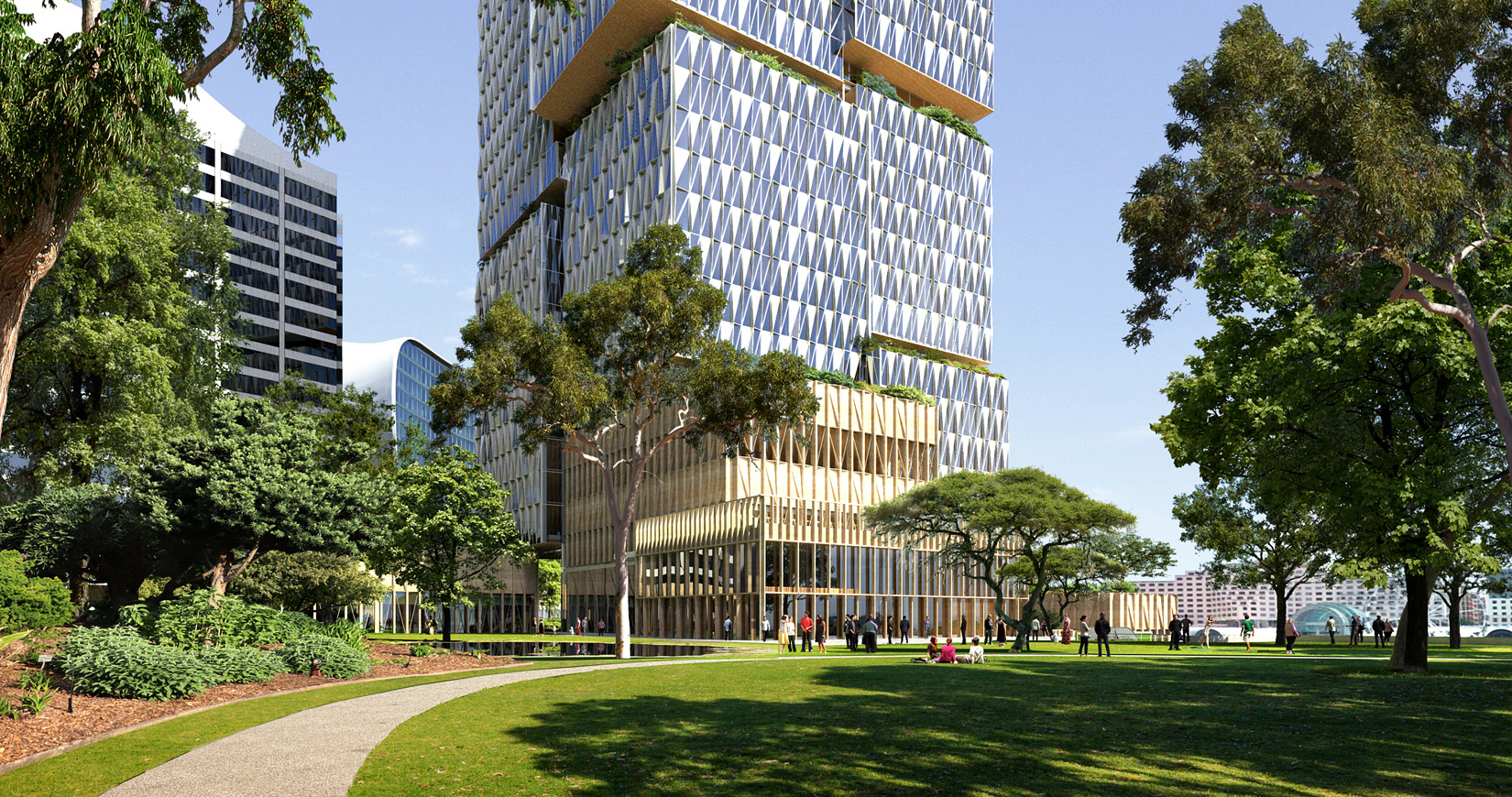 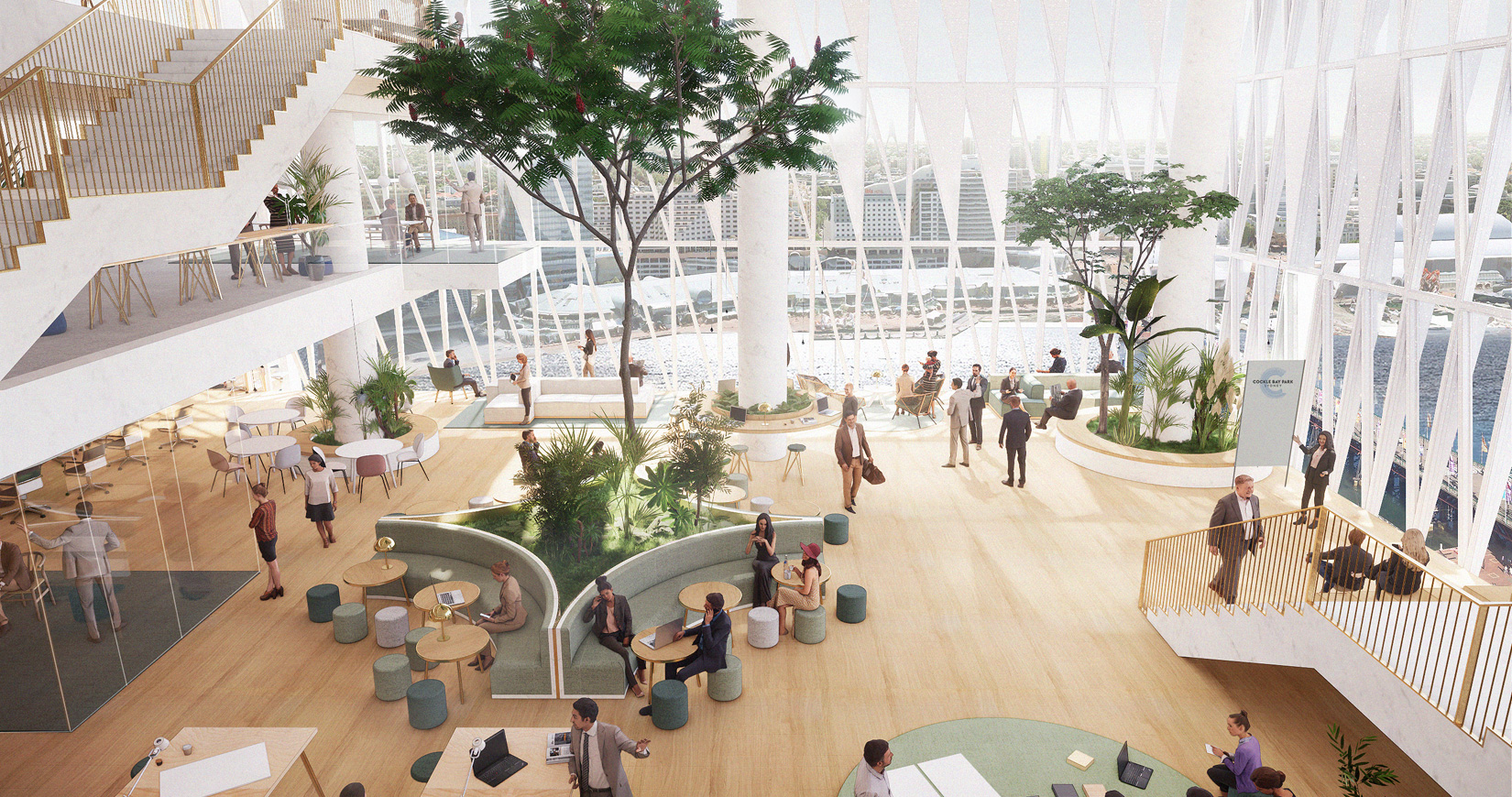 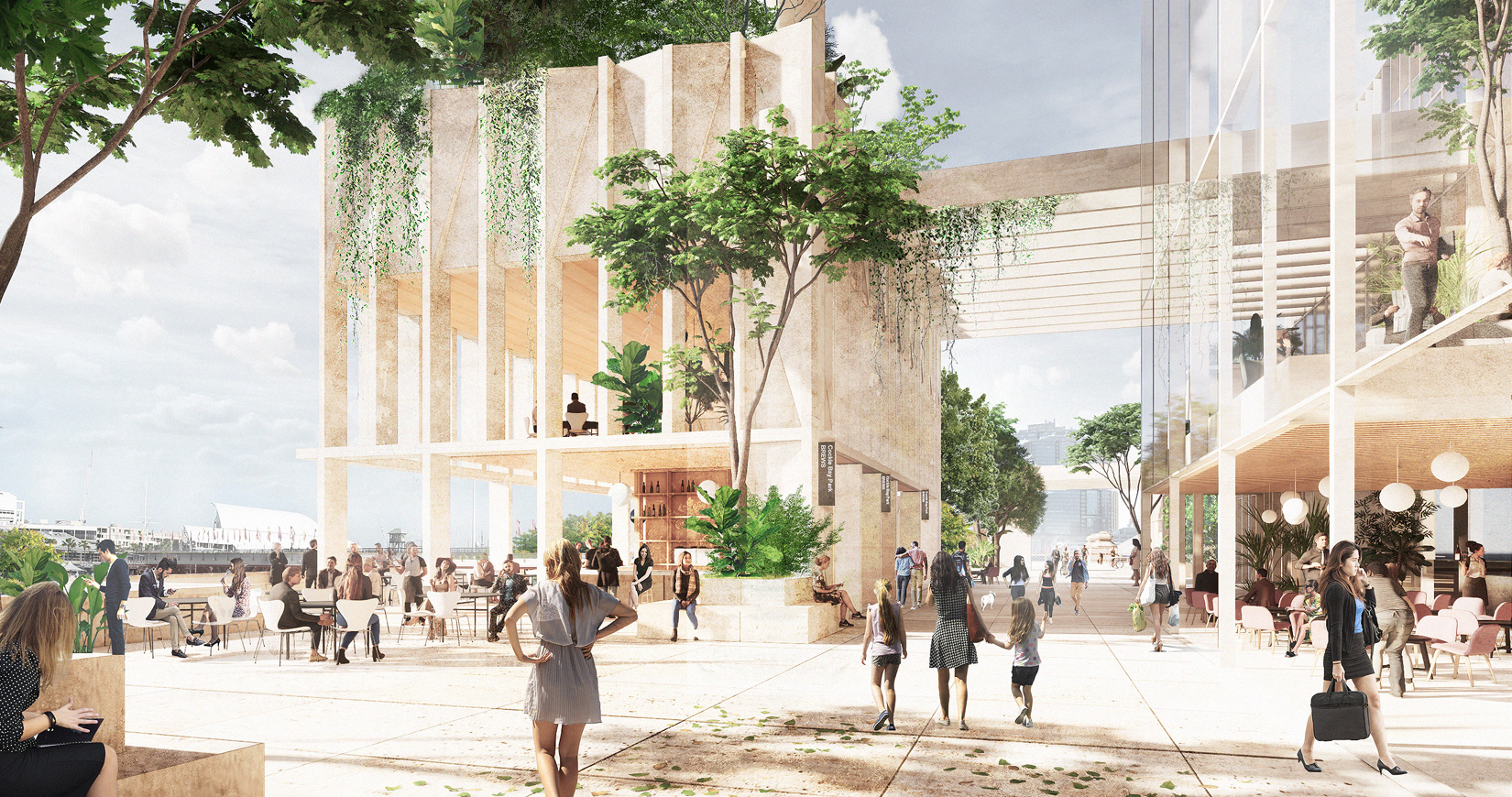 Henning Larsen has won an international competition to redevelop Cockle Bay Park in central Sydney. It will provide one of the “biggest slices of public land in city’s heart in more than§ a century.” The scheme was chosen from six shortlisted designs.

The practice of Henning Larsen was named after its prolific Danish founder. The architect was perhaps best-known in the region for the extensive renovation of the Ministry of Foreign Affairs in Riyadh. His other projects included the Harpa Concert Hall and Conference Centre in Reykjavik, Iceland. Larsen was awarded the European Prize for Architecture in 2019.

The 73,000-square metre project is being co-led by The GPT Group and AMP Capital. It includes 63,000 square metres of tower space above a 10,000-square metre public plinth. Henning Larsen worked with partners McGregor Coxall (landscape), geoffreything (retail) in the concept design stage.

A development of two scales

Cockle Bay Park links Sydney’s Central Business District to the waterfront at Darling Harbour. Henning Larsen says the development “focuses on the eye-level experience of its two scales: the city scale and the village scale. Cockle Bay Park’s unbroken silhouette slips seamlessly among the towers of Sydney’s CBD. It breaks down into more human-scaled pieces as it reaches the public and retail spaces at the ground level. This interplay of scales is respectful of both Sydney’s urban fabric and the diverse community of people it is designed for.”

“We are incredibly proud to have won this important design competition in the heart of Sydney,” said Viggo Haremst, Partner at Henning Larsen. “And excited by the opportunity to design a destination that is human-scaled while also offering world-class space. Sydney uniquely entwines a friendly, local community atmosphere within a cosmopolitan city. We see Cockle Bay Park as an opportunity to reflect this and to emphasise the best of what Sydney can be.”