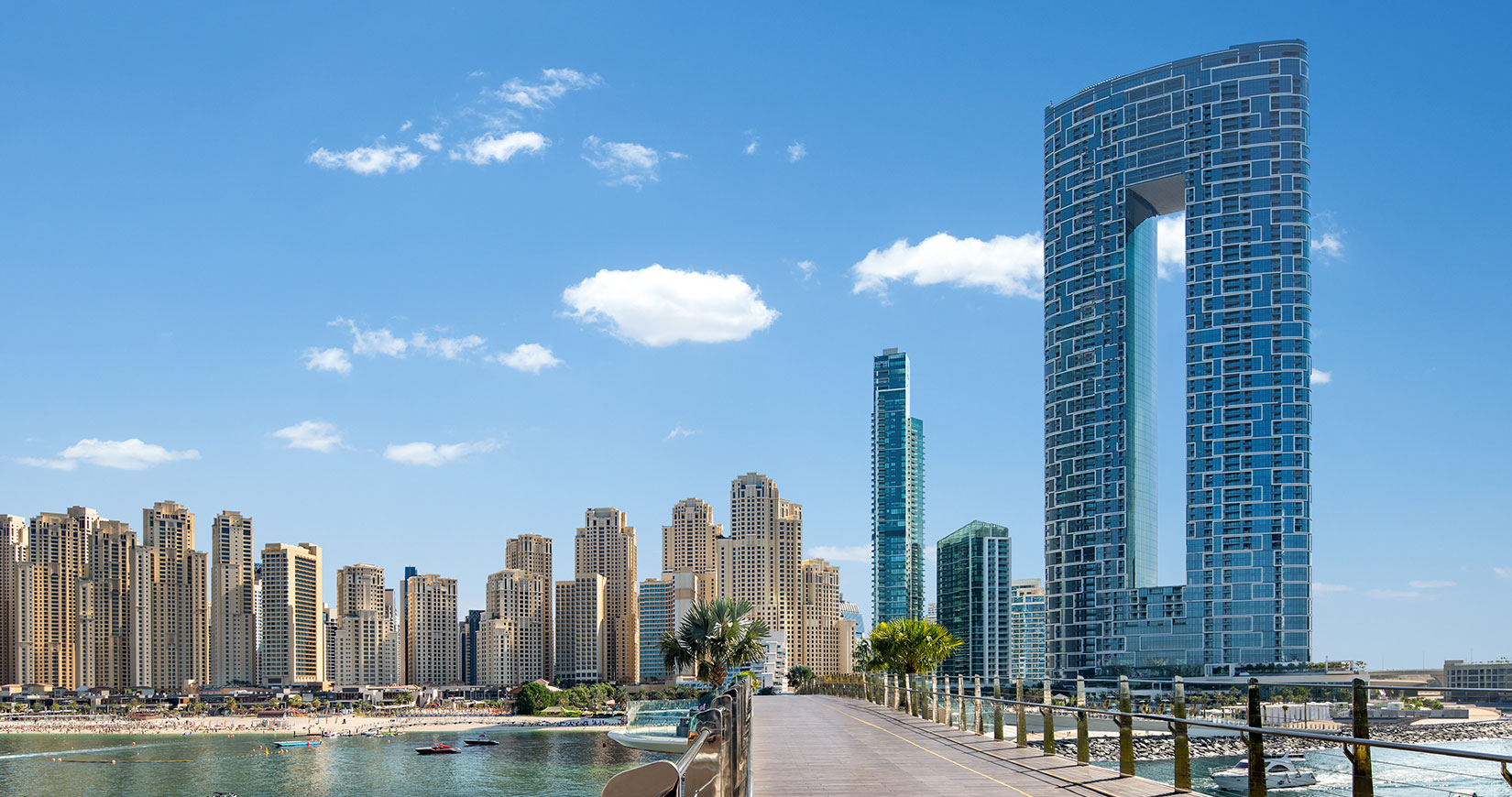 A new addition to Dubai’s skyline is now official with the opening of the Address Beach Resort, the first-ever Address beachfront property. Set in the heart of The Beach and Jumeirah Beach Residence (JBR), the two 77-floor twin towers, connected by an inhabitable sky bridge, have been designed by Dubai-based Killa Design – the architects behind the city’s Museum of the Future. The towers’ form is an ellipse in plan, with a void at the centre that serves to increase daylight penetration and views towards the Palm, JBR beach and the horizon. In essence, the building functions as two towers, with separate cores, that are connected at the base for the lobby and at the top for the penthouses and sky lofts.

While the original brief called for two separate towers, the architects analysed the fragmented skyline of the neighbouring Dubai Marina and Jumeirah Lake Towers and decided on a timeless shape to elegantly complete the end of the beachfront.

Read more: Take a look inside the newly opened ME Dubai hotel by Zaha Hadid 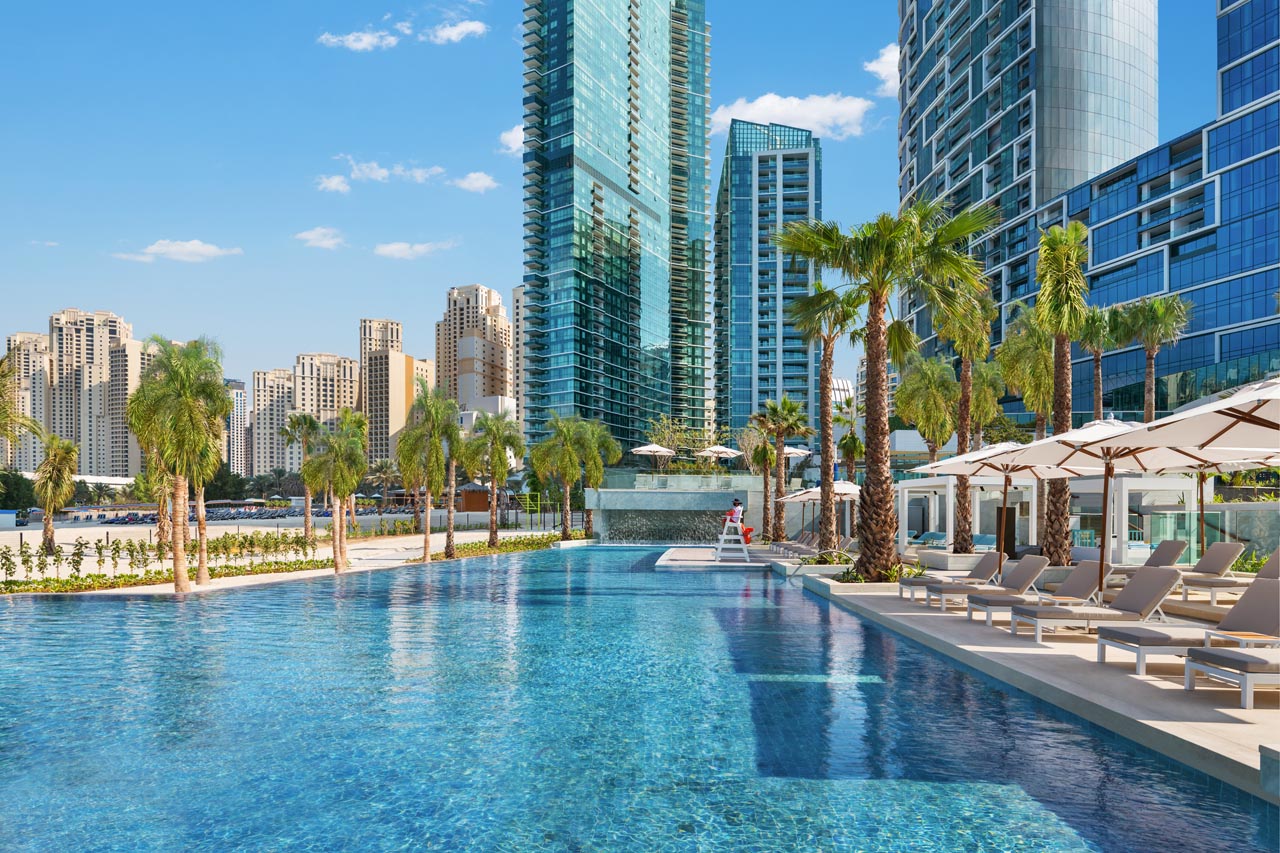 The building also includes what is determined to be the highest infinity pool in the world. The resort destination additionally includes lush landscaping as well as additional pools and pedestrian connectivity to the neighbourhood.

In response to the typical low-rise resort plans, Killa Design worked with the landscaping to enhance this experience. For example, the landscape podium is designed in a way that appears to peel off the building across multiple levels like a nautilus shell, fanning out into the beach – and is then broken down into green terraces, restaurants and pools that cascade into one another. This allows a relaxed resort environment, offering a series of various experiences and perspectives. 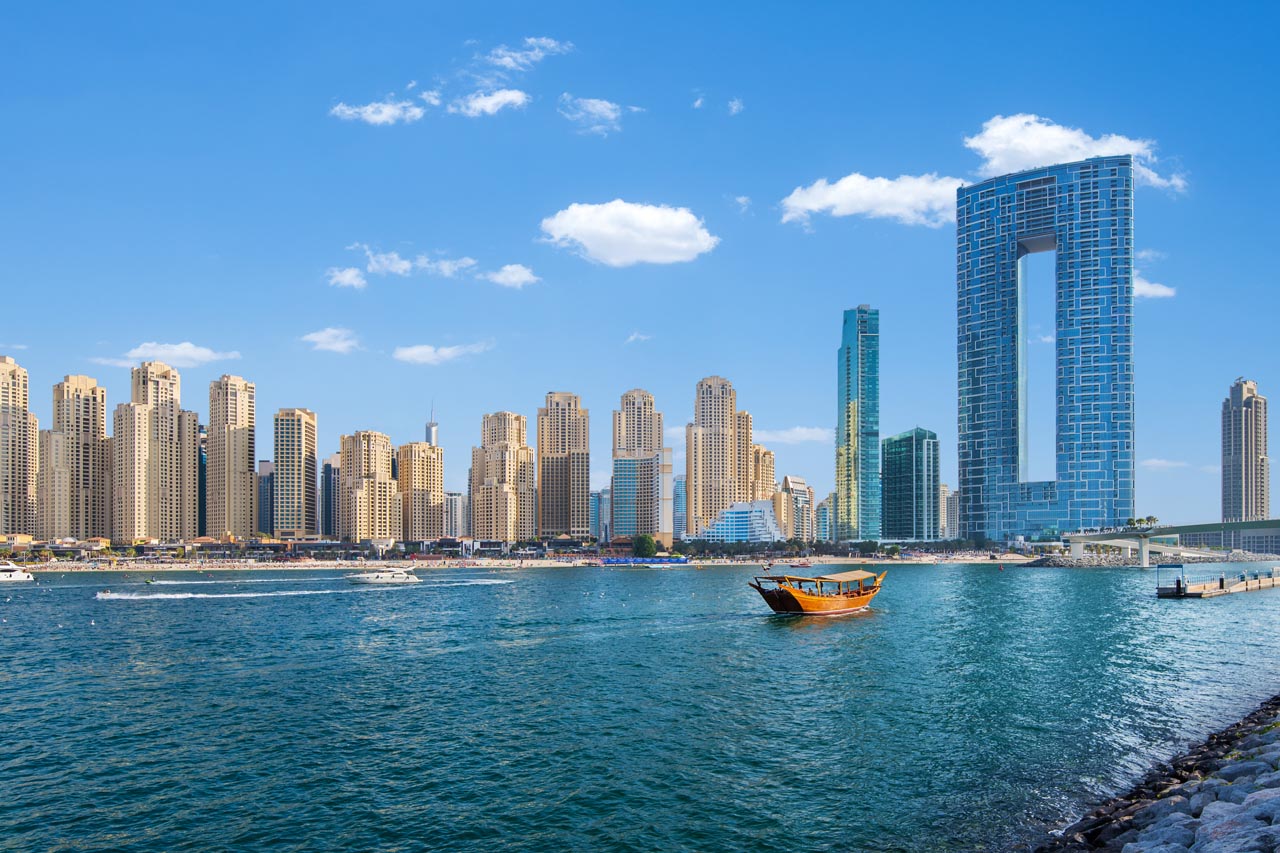 The twin-tower orientation is also almost perfectly aligned to the east-west axis, through which the architects – using principles of sustainable design – were able to reduce solar gain on the towers by over 50 per cent, by facing the narrowest edges of the building towards the low-angle rising and setting sun.

The hotel offers 217 guest rooms and suites, including one- and two-bedroom suites as well as three-bedroom Presidential Suites. 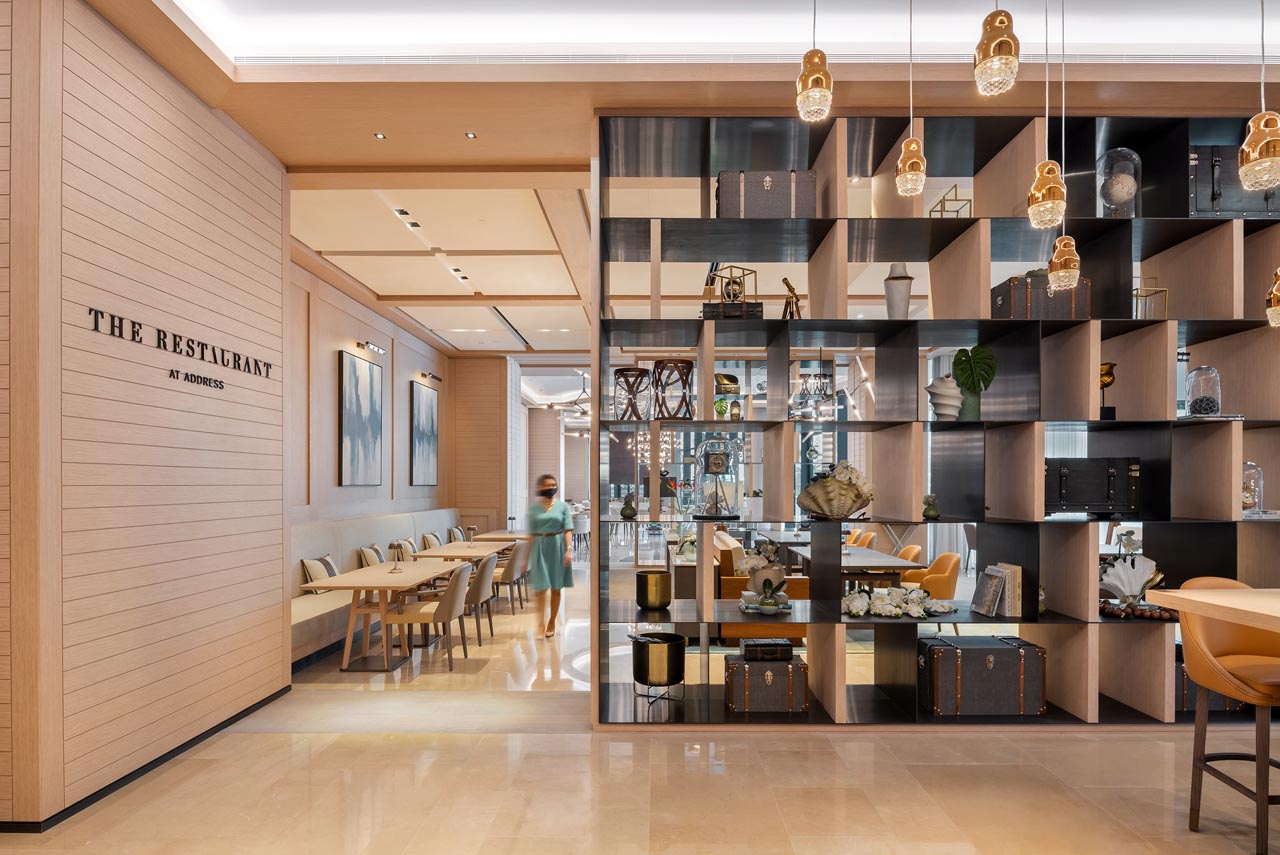 The mixed-use complex also features the Address Beach Residences, including 443 fully-furnished and serviced apartments as well as 478 unfurnished residential spaces. 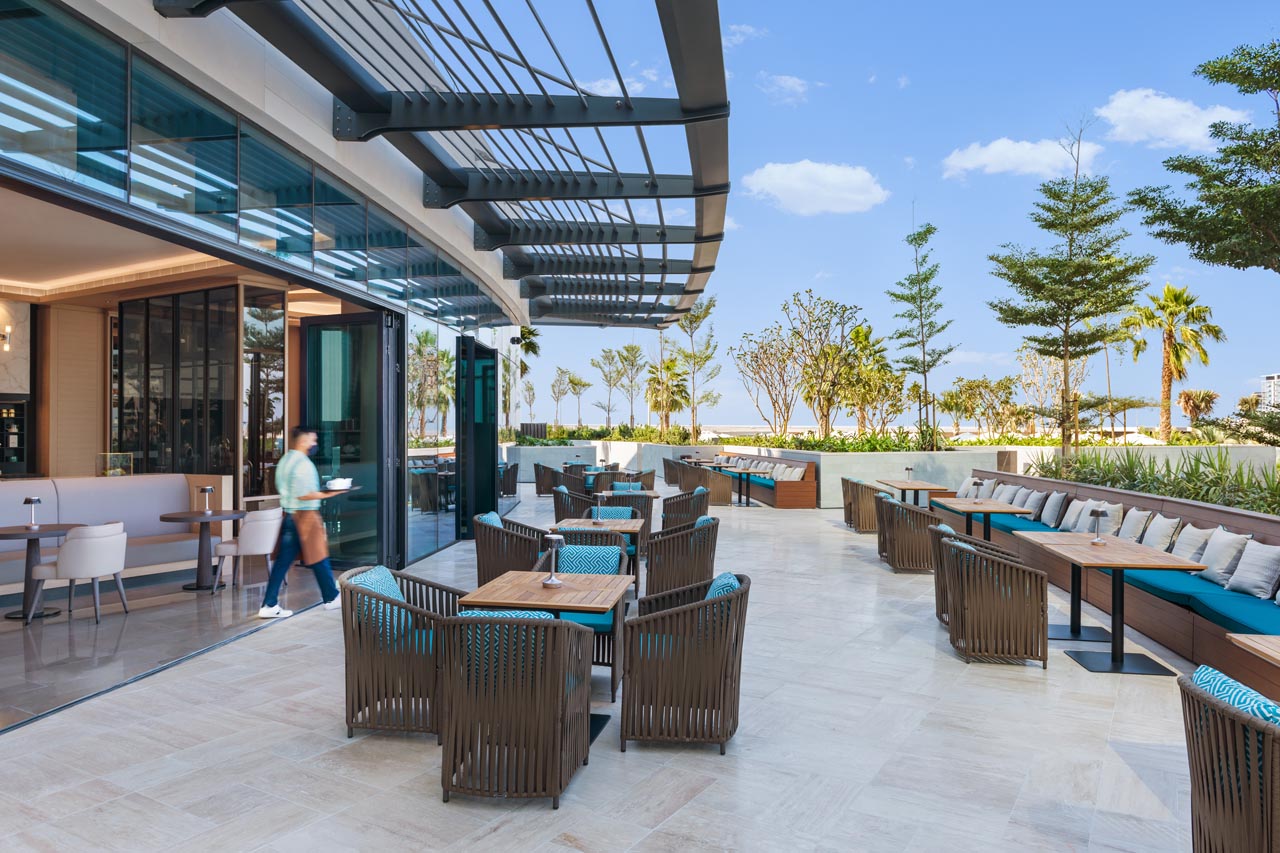 Dining concepts include the likes of ZETA Seventy Seven – set facing the infinity rooftop pools with views over the sea, Bluewaters Island and Palm Jumeirah – as well as Li’Brasil, which offers a fusion of Brazilian and Lebanese cuisine. The resort also features Address’ signature homely concept, The Restaurant, and an intimate The Lounge, which is set around the lobby area’s distinctive olive trees. 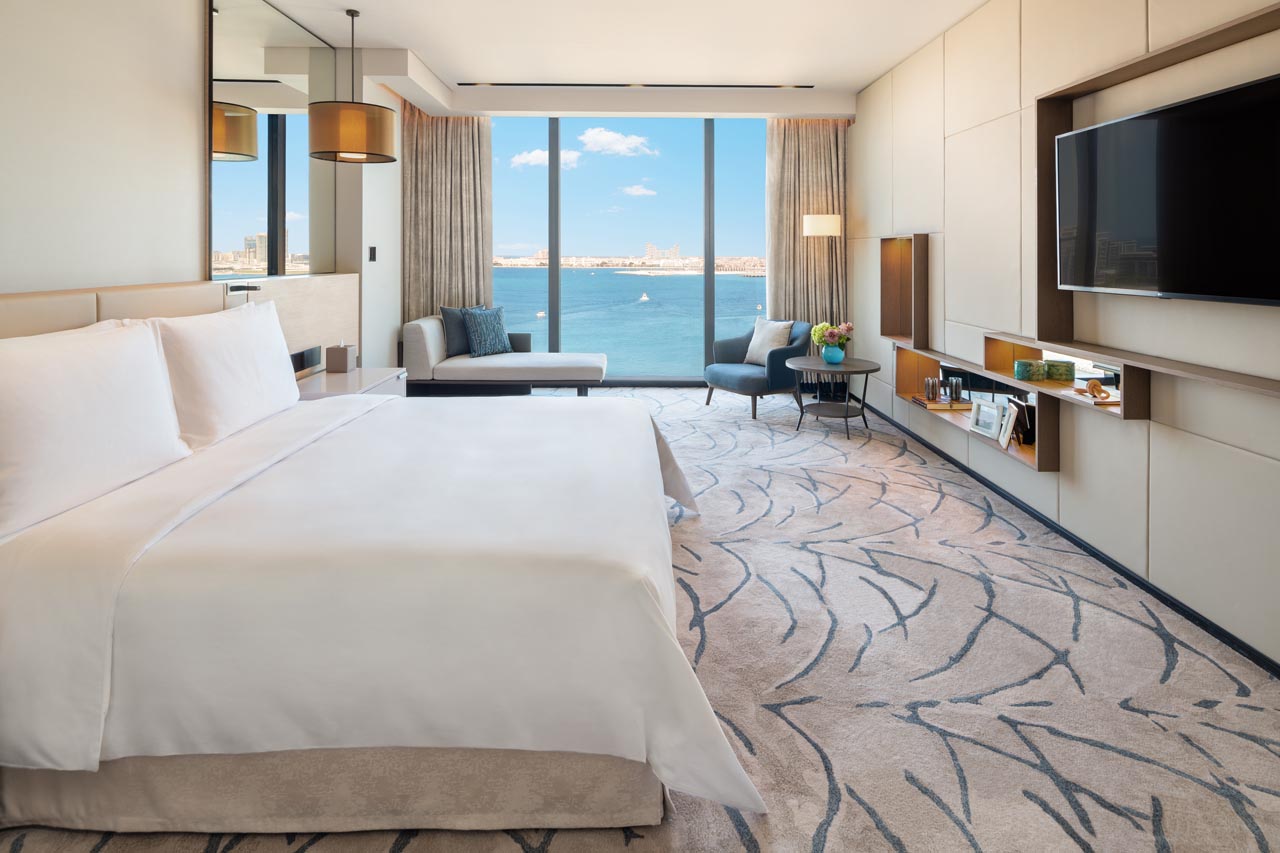 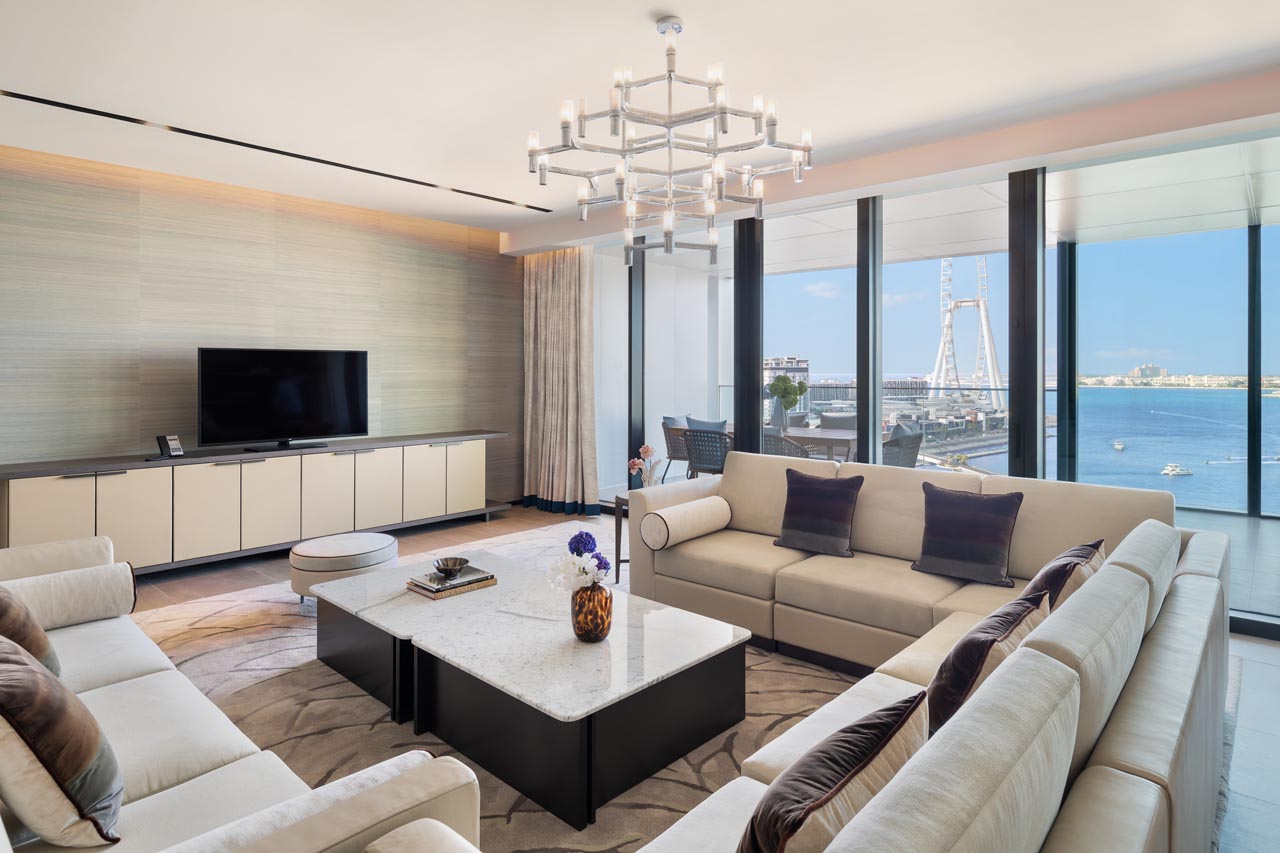 In addition to a 100-metre-long beach strip, the resort also features a fitness centre and the award-winning The Spa at Address, which is accessible to both hotel guests and residents alike.