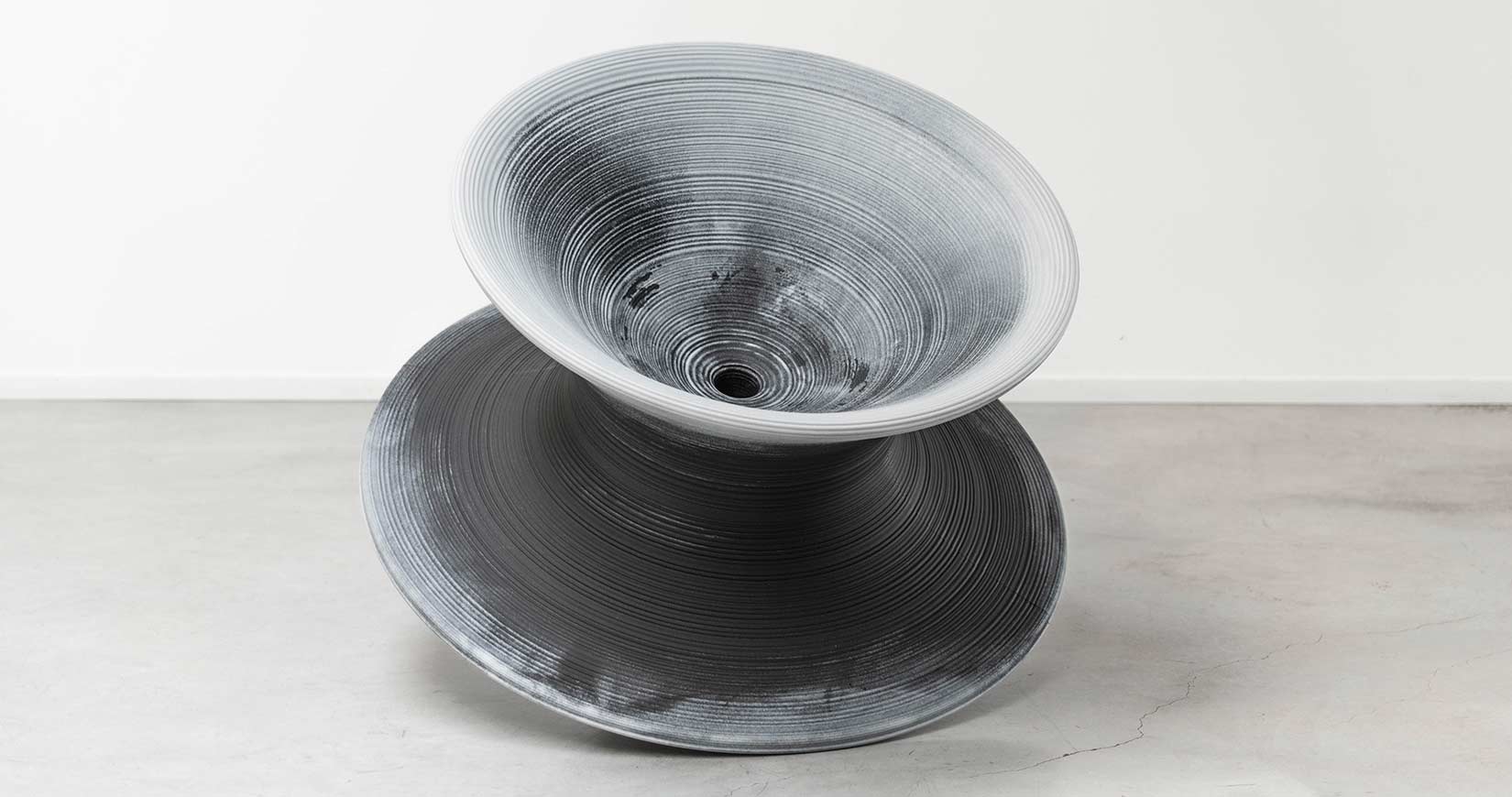 It has been 10 years since Thomas Heatherwick created the iconic Spun chair for Italian furniture brand, Magis. For this month’s id Classics, we look back at the vision behind the chair that spun its way into people’s hearts.

It was in 2007 that British architect and designer Thomas Heatherwick first began exploring metal spinning as a potential process to creating a seat. His musings led to the conclusion that as a finished object, it would have to be a completely symmetrical, rotational form which could work as a chair whichever way it was rotated.

In order to achieve this, Heatherwick found it necessary to disassemble the stereotypes of a chair: seat, back and legs, and unite them into a single profile.

The studio first began by experimenting with making full-size models to study its geometry and ergonomics, tweaking and refining the object until its optimum shape was discovered. The first full-size Spun prototype was created in aluminium and was not only comfortable but an enjoyable experience that allowed the user to rotate and spin in three dimensions.

In October 2009, the studio produced a series of pieces using the craft of large-scale metal spinning, traditionally used to make objects such as Timpani drums. The chairs were handmade by pressing sheets of metal against a rotating cast-iron form using a paddle. Each chair was assembled from six metal spinnings, welded together and polished to produce a single unified form with a leather trim inlaid into the weight-bearing rim.

The result is not immediately apparent as a chair, and when laid upright, appears more like a sculptural vessel. However, as it tilts to the side, it forms a comfortable and functional chair that the sitter can rock from side to side in or even spin round in a complete circle.

It was in 2010 that Heatherwick created the iconic version of the Spun chair we all know of today for Italian furniture brand Magis. Ten years after its launch, the playful armchair has become a classic in the brand’s portfolio and a staple piece within contemporary design. Made in rotational moulding, Spun is available in four colours as well as a bicolour version, suitable for both indoors and outdoors.

“Its surface is covered with a detail of fine ridges, like the grooves of an old vinyl record,” Heatherwick said of the chair.