Ternion offers a balance between public and private spaces

Entitled Ternion, the three independent villas are variably stacked into prismatic volumes, creating a porous-pixellated massing that balances between private and public spaces.

“In a society where privacy and weather become the overriding design directives, the norm in residential architecture is to create impenetrable and introverted structures that maximise the climate-controlled built-up area. The brief dictated the creation of three independent villas with private gardens and private swimming pools, that can be utilised on a year-round basis. This was particularly challenging since Kuwait is known for its arid desert climate which is one of the hottest in the world and dust storms are a regular occurrence,” said the architects. 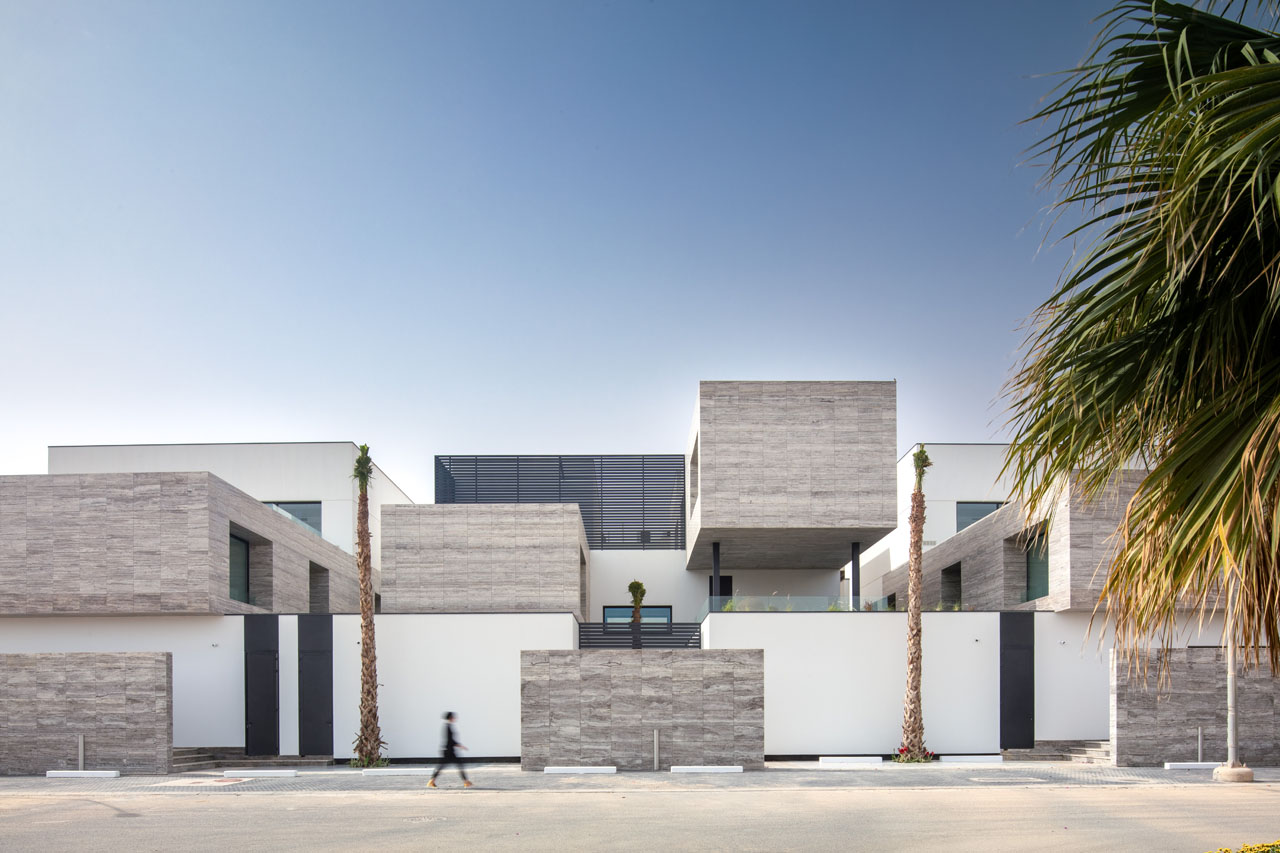 While it could not be completely avoided, the architects sought to minimise the use of active climate control by employing passive cooling techniques, traditionally part of the vernacular. Combining these with self-shading, massing strategies gave the project the direction it needed both spatially and aesthetically. 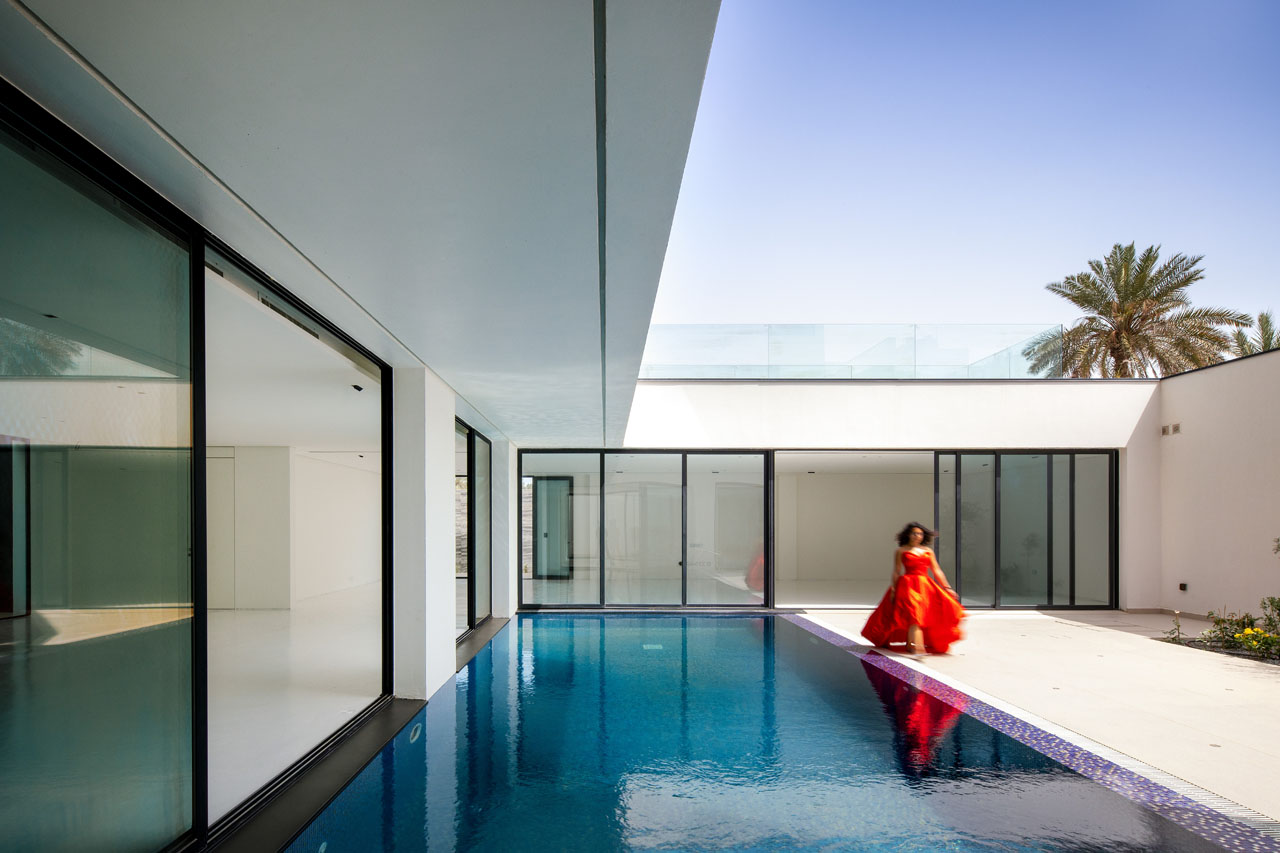 Each villa is centred around a private courtyard featuring a swimming pool as a modern functional interpretation of a traditional ‘Hosh’ as a water feature. The social spaces are grouped around this pool and feature longitudinal, full-height glazed windows facilitating cross ventilation and evaporative cooling when open. 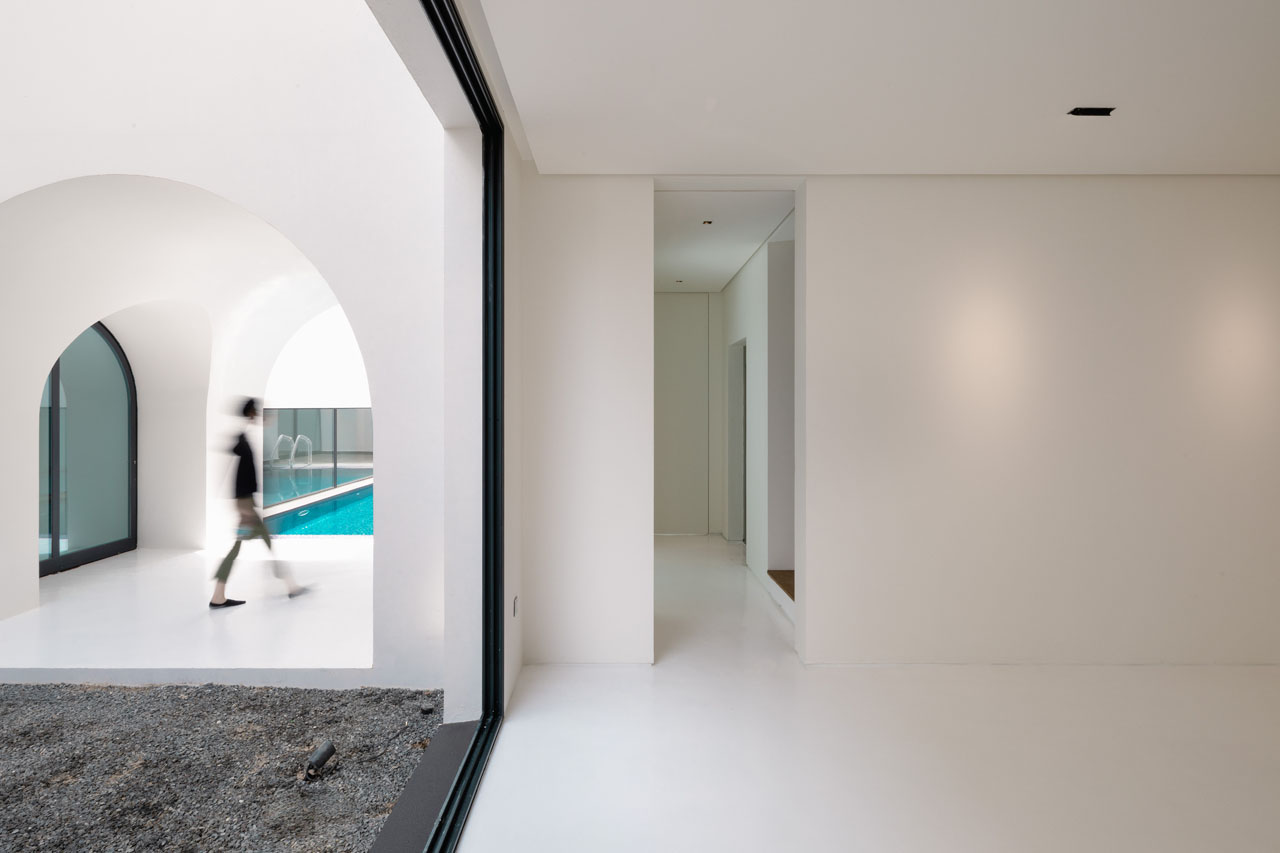 The glazed internal walls afford panoramic views to the garden and pools while shaded from the scorching sun by cantilevered volumes mitigating the heat gain.

The architecture of the three villas is to be read as a whole, composed of a series of hierarchical social spaces, organised based on their varying degrees of openness and privacy. These range from fully enclosed, private, and silent gardens to vast terraces, opening up to the streetscape and the vistas beyond. 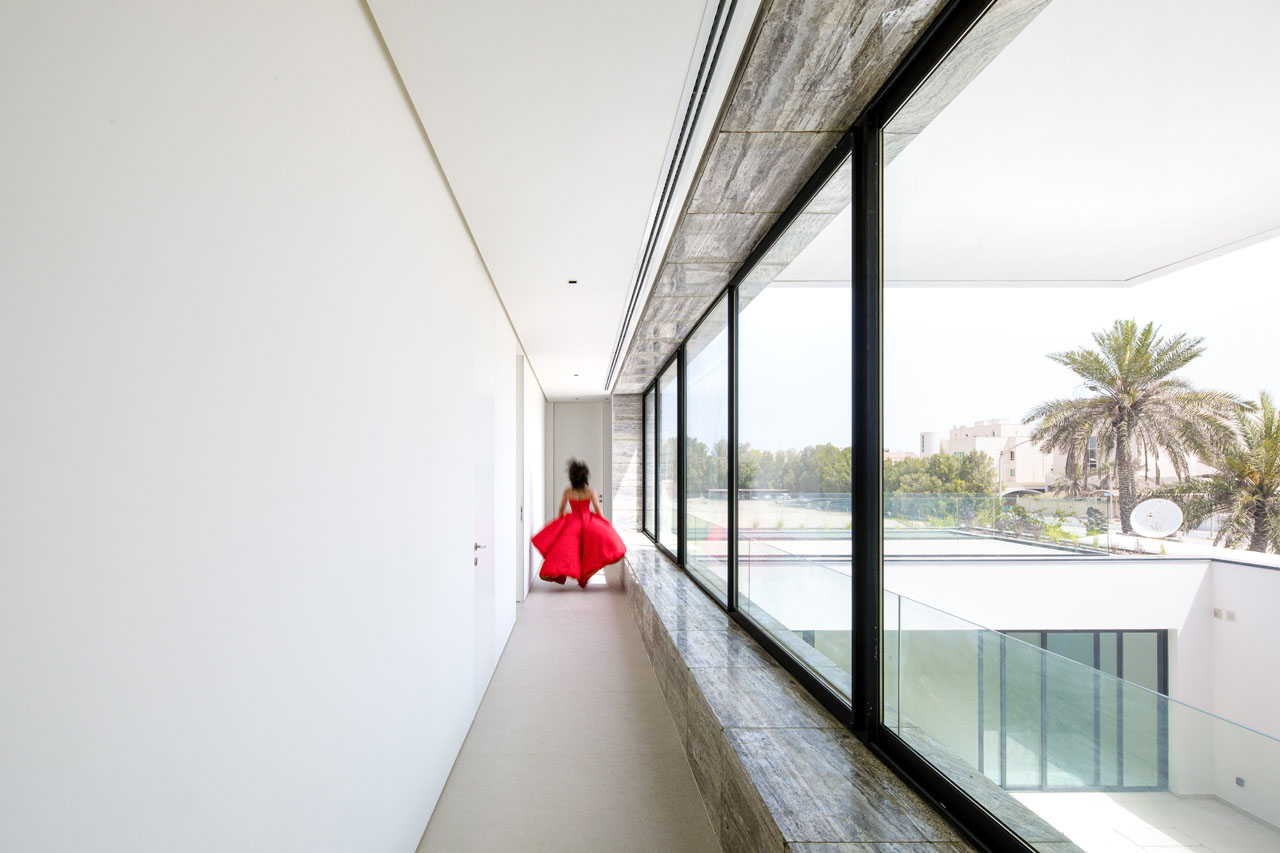 The inhabitable volumes are organised around these social spaces, defined by their function and need for transparency. These monolithic volumes, by virtue of their compositions, act as frames, shields or cantilevers, providing shade from the sun, protection from the desert wind, and frame the endless views towards the sea from multiple vantage points. 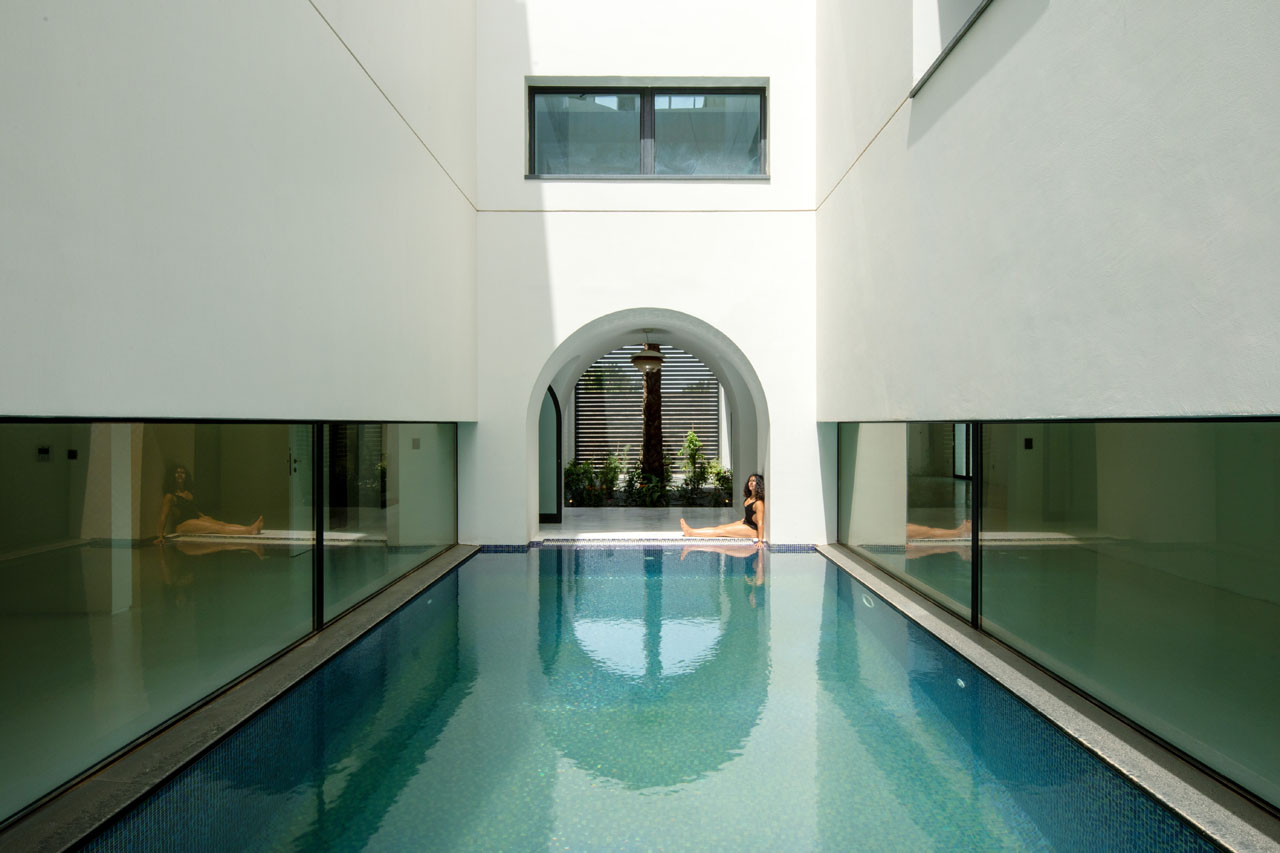 Usable terraces, covered porticos, hidden nooks and viewing platforms are all part of a selection of multi-use spaces generated by modulating the massing. The expressive volumes of the three villas reach out to each other creating a streamlined street interface, thereby forging a unified identity for the development. 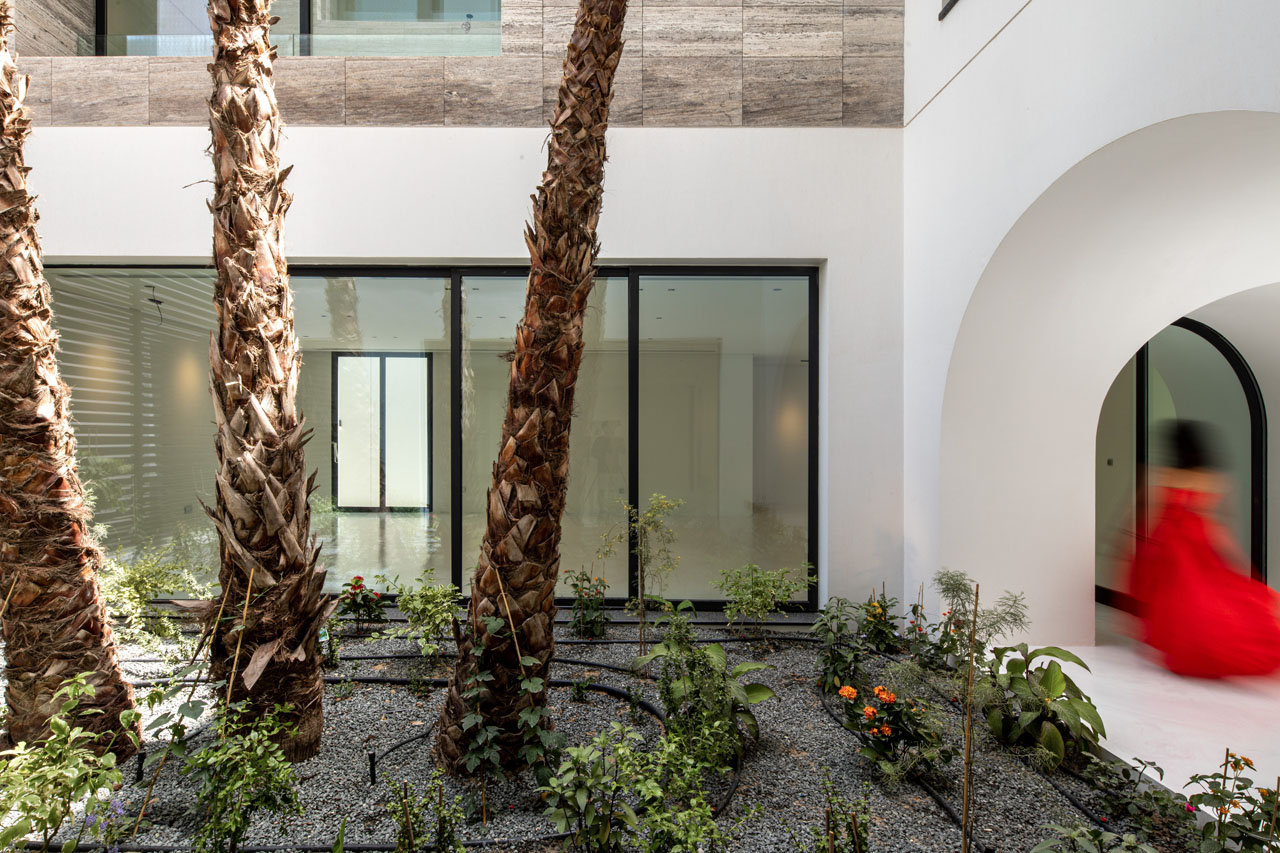 Ternion, thus, is an experiment in modern Arabic residential architecture, that respects the privacy and exclusivity dictated by the social norms without compromising on the joys of community.