One in a million: Louvre Abu Dhabi

The museum celebrates a million visitors on its first anniversary. 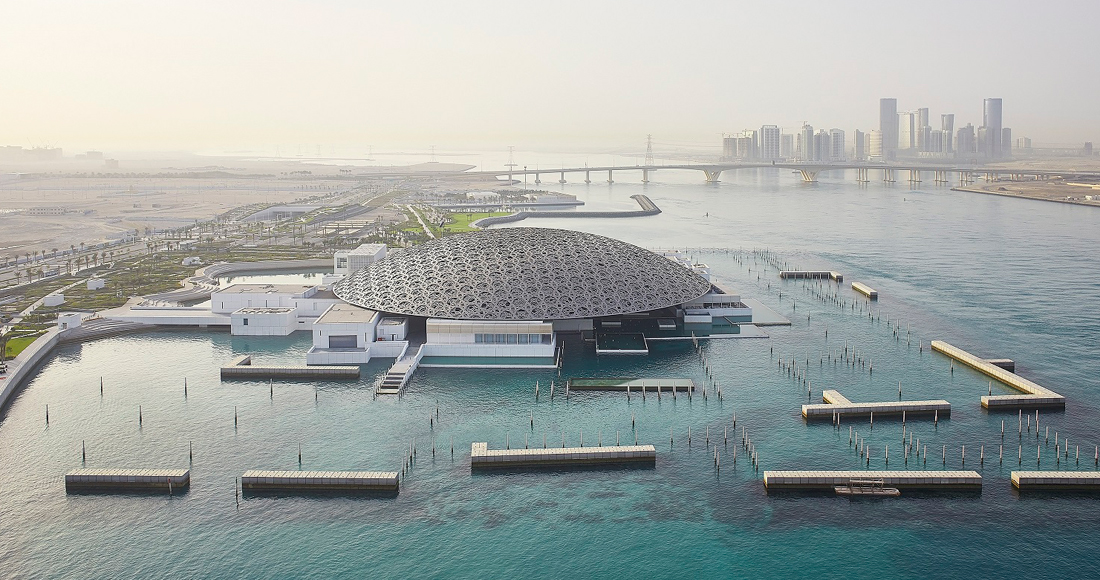 id is proud to celebrate Louvre Abu Dhabi’s first anniversary by announcing that  it has welcomed more than one million visitors in its first year, establishing the Jean Nouvel-designed museum as one of the leading cultural institutions on the global stage.

‘From the beginning, this project has embodied Abu Dhabi’s bold vision and we have endeavoured to offer experiences that celebrate human creativity in our galleries and programmes. Not only are we privileged to gather such treasures under our iconic dome on Saadiyat island, but we are also thrilled that so many visitors came to discover our universal narrative this year. On one hand, we have access to some of the most incredible collections and benefit from collaborating with some of the world’s most qualified museum experts. On the other, being a young museum in this region empowers us to be experimental and encourages us to be agile to appeal to our incredibly diverse audiences. Before the opening, we were often asked if there was an appetite for museums in Abu Dhabi and the amazing response we’ve had in our first year is proving that there is.  We look forward to welcoming many more visitors in the exciting years to come’, says Manuel Rabaté, Director of Louvre Abu Dhabi.

UAE residents have rapidly adopted the museum and made it a favourite destination to gather with family and friends. They represent 40% of the museum’s total number of visitors. Emirati nationals are in the top two nationalities of residents who visited the museum and is the top nationality of repeat visitors. The museum has 5,000 members to its loyalty programme (Art Club).

Louvre Abu Dhabi has also become a global magnet for international visitors who account for 60% of visits. The museum is driving tourism to the Emirate and visitors comes from all parts of the globe, including the Middle East, Europe and Asia, with France, Germany, China, UK, the US, India and GCC being the top visitors. Overall, India is the top nationality of visitors, including Indian tourists and UAE residents.

The museum has hosted more than 1,000 school trips, 5,000 guided tours, workshops and masterclasses, and programmed 115 special events from Bait Al Oud performances to talks, film screenings and concerts with more than 400 artists from 22 countries including a major show by British pop star Dua Lipa to celebrate its one-year anniversary on 11 November. The Manga Lab, a special space to experience contemporary Japanese culture, has been popular with teenagers and young adults and is open until 5 January 2019.

47% of the museum’s staff members are Emirati and a strong group of talented up and coming Emirati curators are working on the collection and in the permanent galleries, as well as in the education and mediation teams.

Since its opening on 11 November 2017, in partnership with French museum partners and as part of its first season “A World of Exchanges”, Louvre Abu Dhabi has presented four international exhibitions: From One Louvre to Another: Opening a museum for Everyone, Globes: Visions of the World, Japanese Connections: The Birth of Modern Décor and Roads of Arabia: Archaeological Treasures of Saudi Arabia; as well as CO-LAB, an exhibition showcasing new commissions by UAE-based artists in collaboration with French manufacturers. The museum also presented family-friendly exhibitions in its Children’s Museum, Traveling Shapes and Colours, and the recently launched Animals: Between Real and Imaginary.

This autumn, Louvre Abu Dhabi unveiled 11 new world-class acquisitions in its permanent galleries, alongside new significant loans from 13 French partner institutions as well as regional and international museums. As part of this year’s first large-scale loan rotation, and in partnership with French museum partners, the museum curated a major rehang of its modern and contemporary art galleries, updated its displays, and showcased approximately 40 new incredible masterpieces for all visitors to discover and explore in the forthcoming year. Some major loans, including Leonardo da Vinci’s La Belle Ferronnière from Musée du Louvre and Whistler’s Portrait of the Artist’s Mother from Musée d’Orsay will stay in Abu Dhabi for another year, totalling 300 loans on display.