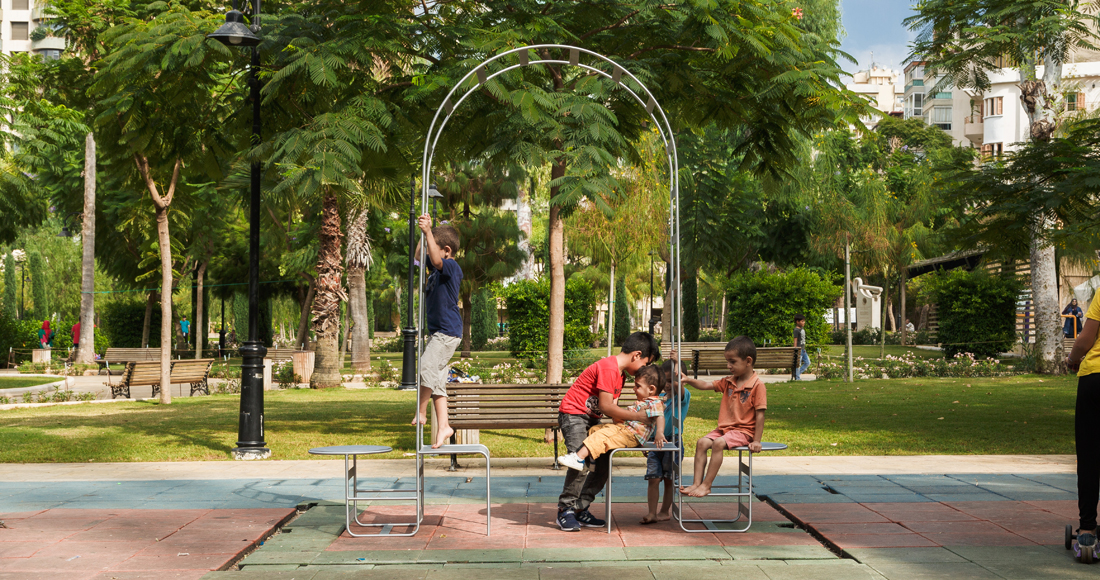 Making their debut at Milan Design Week 2019 will be Tessa and Tara Sakhi, Lebanese-Polish sisters and architects who co-founded T Sakhi, an architecture/design platform that promotes innovative, multi-disciplinary collaborations with international artists and craftsmen.

Five of their urban object-space constructions, Lost in Transition, which consists of two chairs connected by an arch, will be exhibited in the main outdoor courtyard of Alcova at Milan Design Week. Following their goal of creating projects within a contextual surrounding, the seating configuration of Lost in Transition forces physical face-to-face interaction, thus blurring the boundaries between objects and spaces.