Annabel Karim Kassar's exhibition at the V&A is a call to preserve Beirut's architectural heritage. 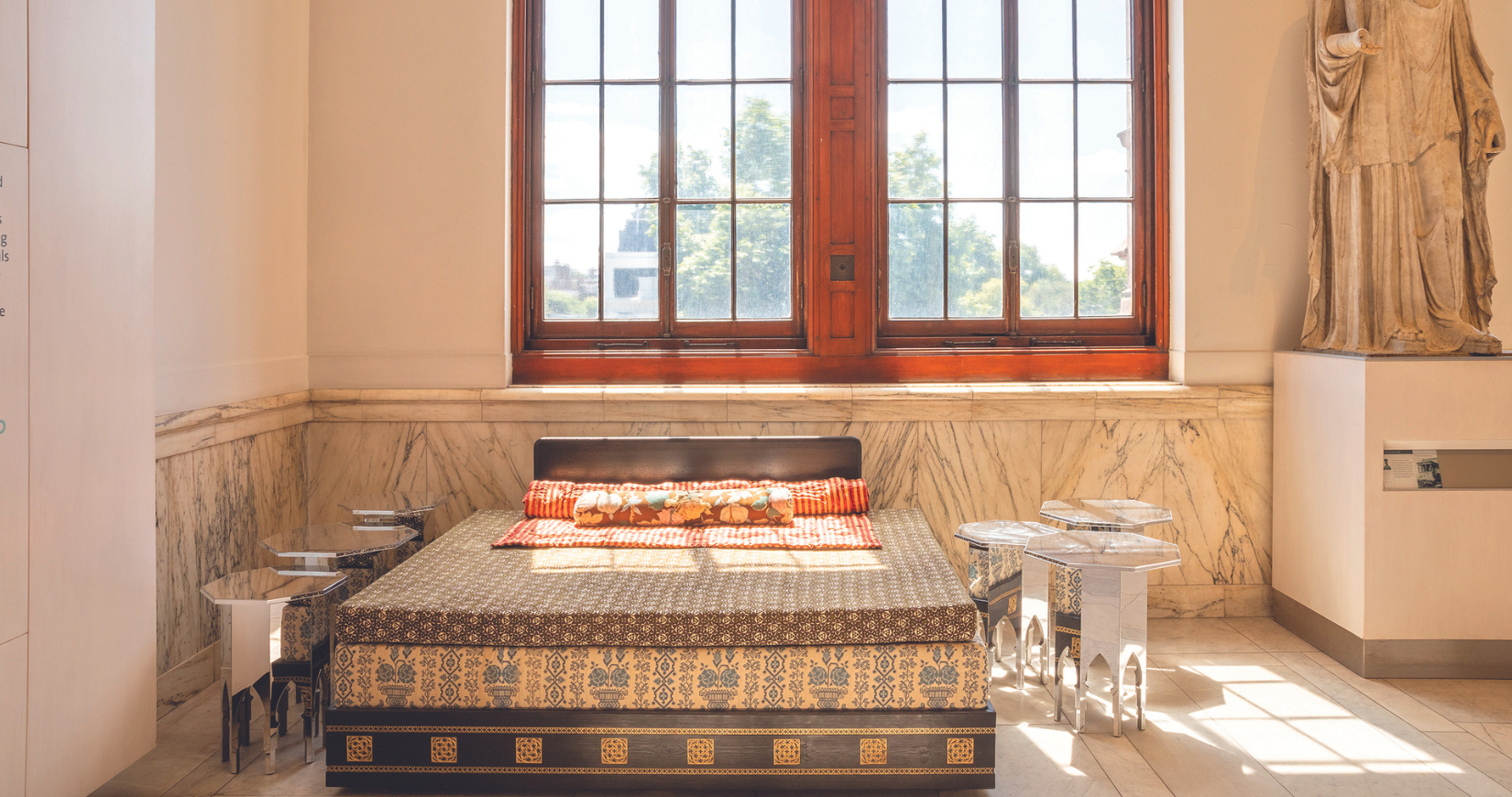 “Preserving memory of [our] social fabric…is an important countercultural move in an era which has seen a self-effacing wave of modernisation sweep Beirut. I believe that to save a house is [to] save a city,” says Lebanese architect Annabel Karim Kassar, founder of architecture practice AKK, whose exhibition ‘The Lebanese House: Saving a Home, Saving a City’ is currently on show at the Victoria & Albert Museum in London. “Beirut’s historic buildings…are unique cultural resources. Should they not be preserved, it will be a loss to our collective heritage,” she adds. 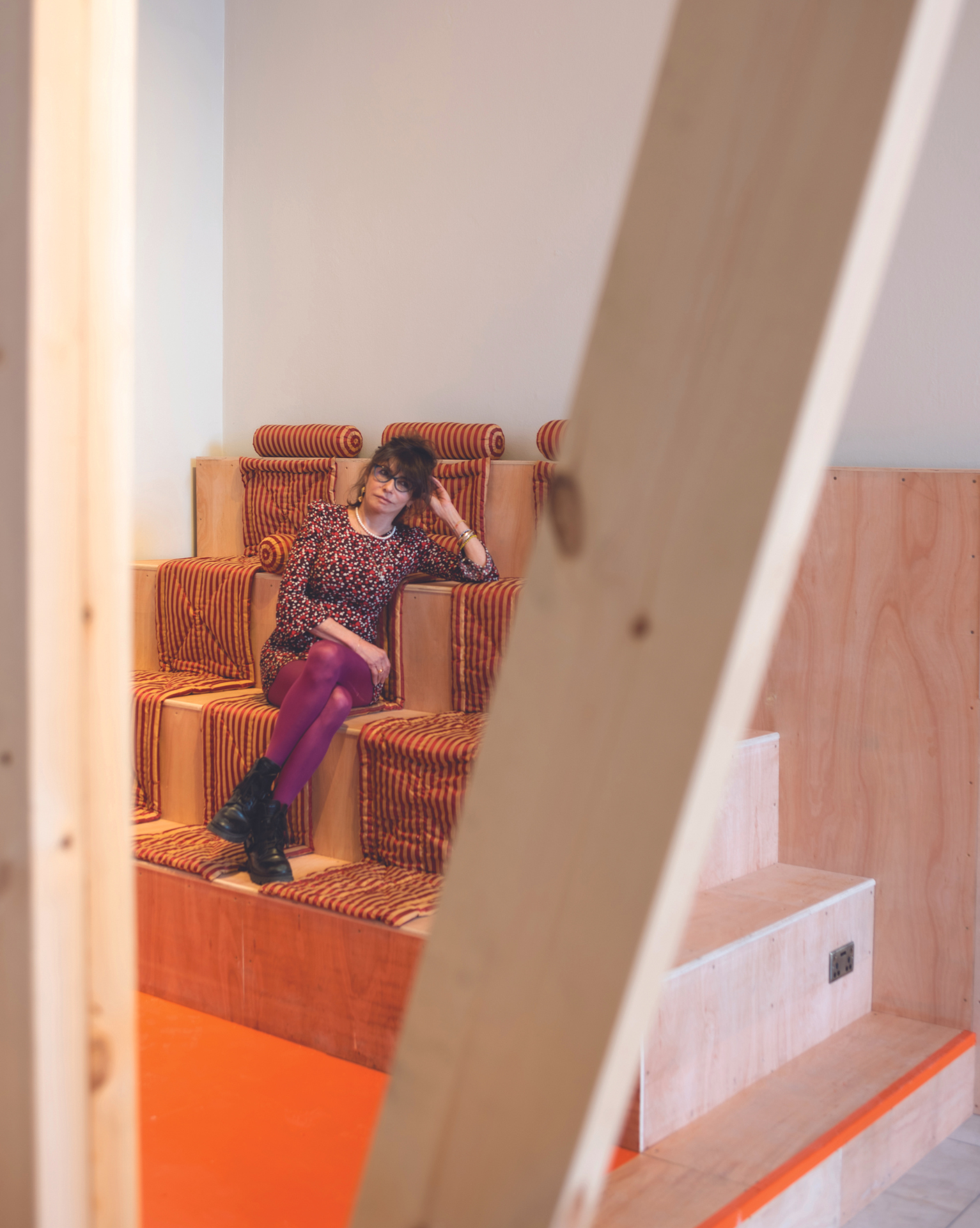 Four years ago, Kassar had begun the process to restore and preserve Bayt K – one of the few remaining classic Ottoman-Venetian houses still standing in the historic quarter of Gemmayze in Beirut. The devastating explosion on 4 August 2020 took over 200 lives, left 300,000 homeless and caused imminent damage to the city’s architecture – both old and new. Any progress made to the restoration of Bayt K had been reversed, leaving the building in an even more delicate condition. Going back and starting again is “part of the process”, the architect says, who like many others living in Beirut began repairing the city almost straight away.

“Immediately after the blast, we took urgent measures to tackle the reconstruction process. Sadly, three arcades on the second level collapsed and the roof frame sagged and endured cracking. The northern wall buckled towards the street by 15cm, in addition to many wide cracks rising from the floor,” Kassar describes. “There was considerable ballooning on the façade, which we preserved temporarily with planks of wood and metal cables before tackling the remedial action in terms of reconstruction and con solidating the masonry wall.”

Kassar adds that the entire façade of Bayt K disconnected from the structure of the house, with parts of the ceiling becoming detached, which made it incredibly unstable. It has taken almost ten months to consolidate the building alone to ensure its integrity, she says. 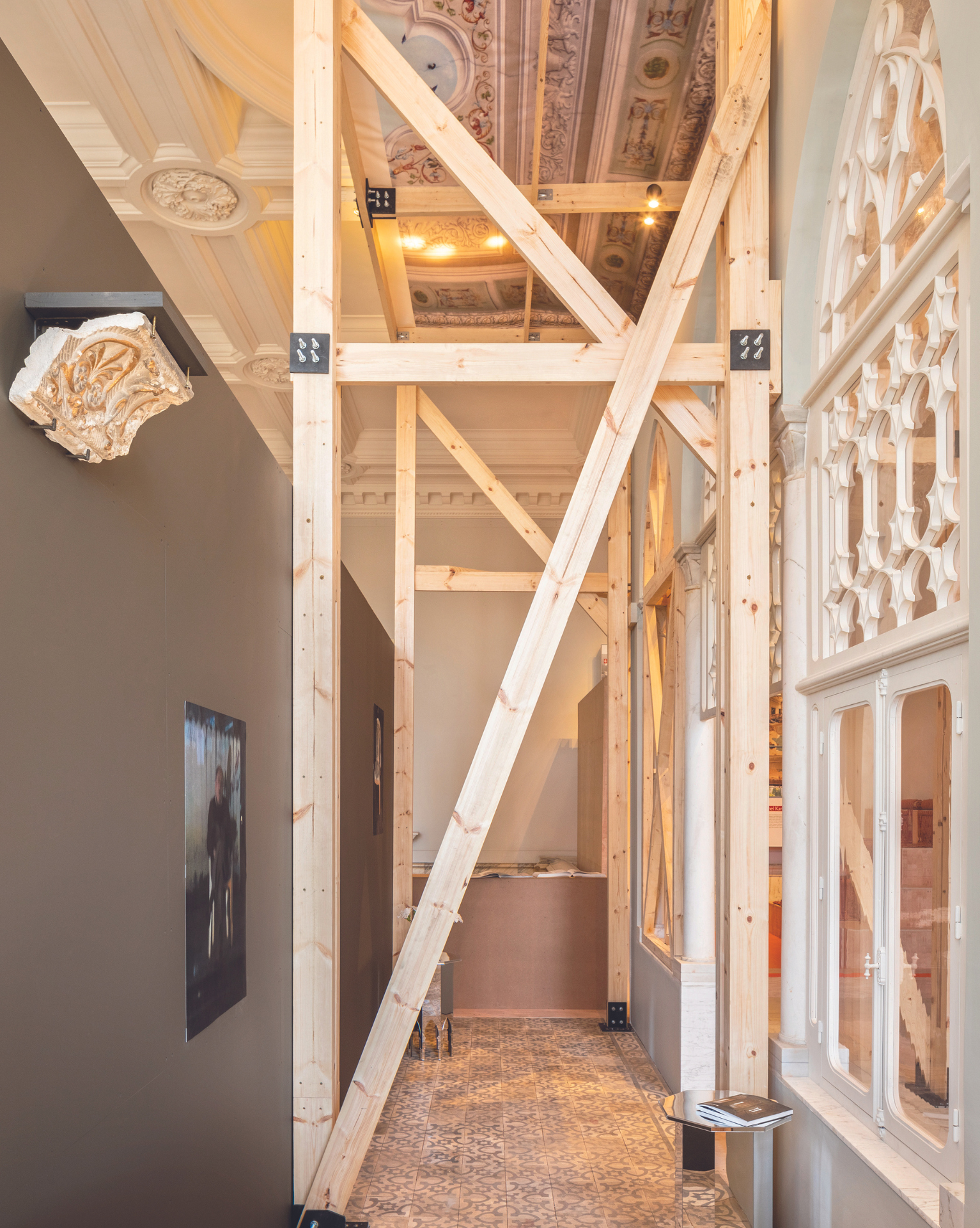 “The house was structurally weak and almost the entire roof was redone, to both reinforce and strengthen. We retained all the tiles to repurpose elsewhere. For the internal structure, we’ve added propping trusses with wooden sections, creating a lattice – the work was very delicate and complex, not to mention the economic crisis which affects the outsourcing and availability of skilled labourers for this kind of restoration,” Kassar explains.

For the exhibition, Kassar and her team have erected a life-sized reconstruction of the façade of Bayt K, using it as a catalyst to examine the effects of the port explosion on Beirut’s architecture, as well as to look at how the city’s past can inspire acts of repair and rebuilding.

The centrepiece of the installation is the triple arcade which is a symbol and trademark of traditional Lebanese architecture of the 19th century. An accompanying digital platform for visitors serves as a guide and archival database to the many architectural elements that constitute the Lebanese house, from plaster-painted ceilings to timber truss roofing, balconies, cornices and more, all of which typify the city’s celebrated design vernacular. 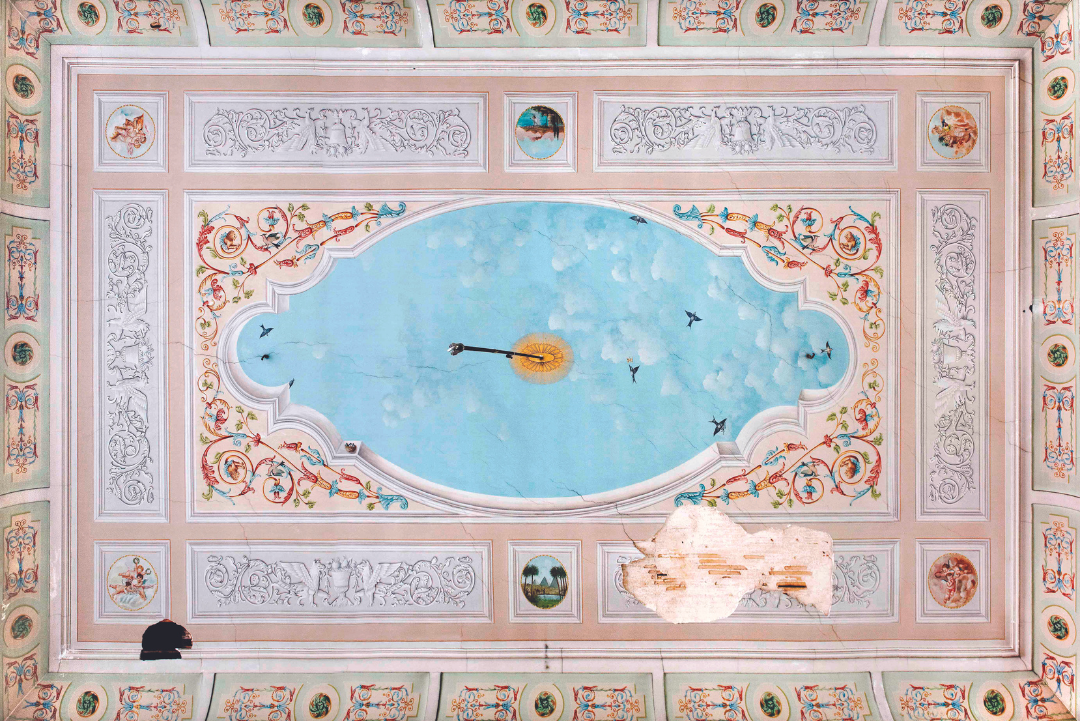 “[The exhibition] seeks to express important lessons in urban restoration and renovation that can be applied elsewhere; that local and international communities need to be mobilised and involved directly, to protect their common urban heritage,” says Kassar, “And that restoration is not about recreating a synthetic history but about finding a new, living purpose for traditional buildings – an approach that lies at the heart of my work.”

Other parts of the installation include a reinterpretation of the traditional ‘Liwan’ – a small salon situated in the entrance hall of a Lebanese house. Kassar recreates imagined seating from within these reception spaces, with colourful mattresses laid on top of each other, inviting the museum’s visitors to dwell and contemplate. AKK has also commissioned three movies to accompany the installation; directed by Wissam Charaf and Florence Strauss, they seek to explore the emotional impact of the explosion by interviewing people across the city and analysing the effect of the explosion across various demographics and public and private spaces.

“I want people to remember their city and its history through these houses,” says Kassar.