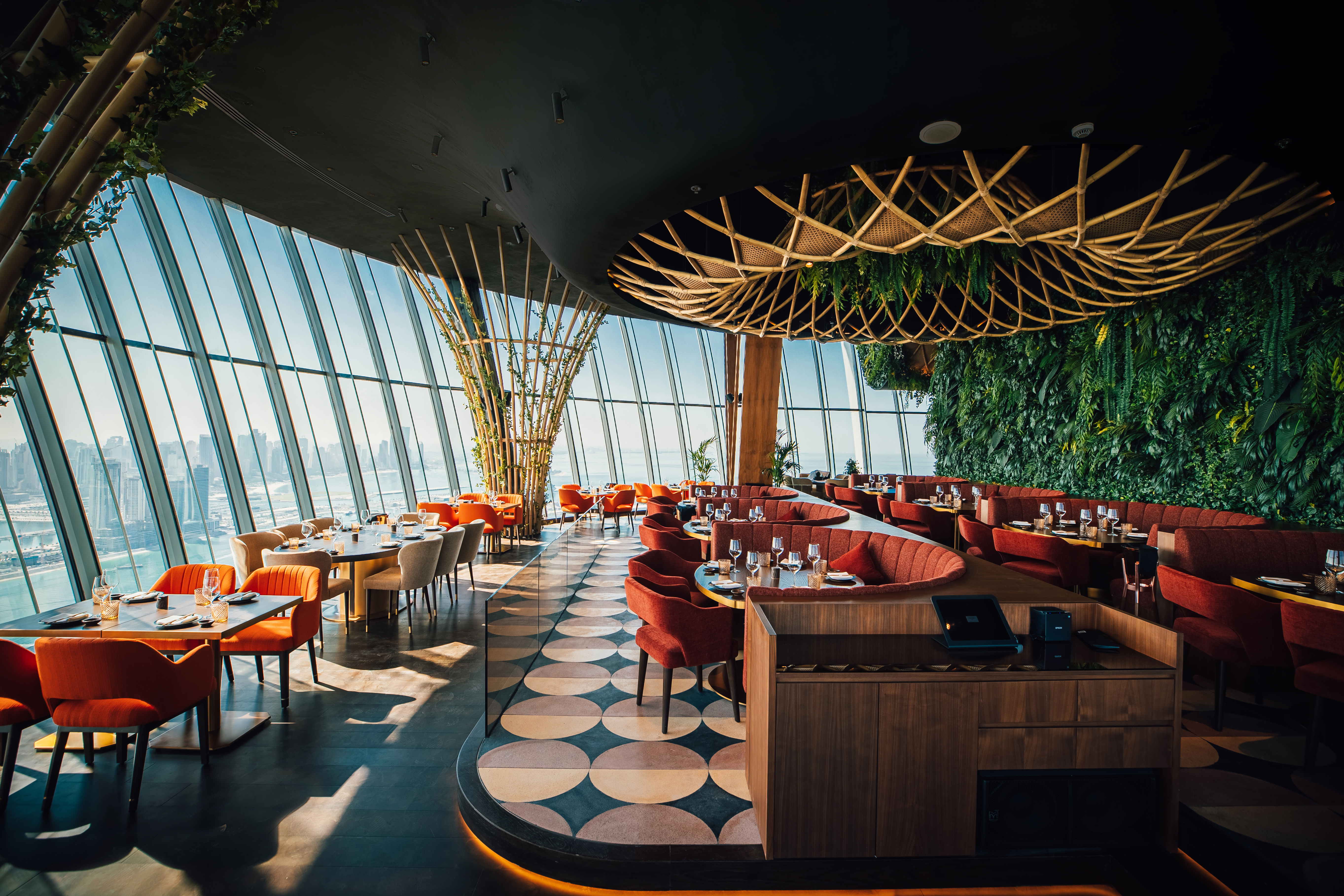 An international collection of restaurants, Sushi Samba has now made its home in Dubai featuring an expansive 12,000 square foot space set on the 51st floor of the St.Regis on the Palm, with unobstructed 360 degree panoramic views of the Arabian Sea and Dubai’s skyline. 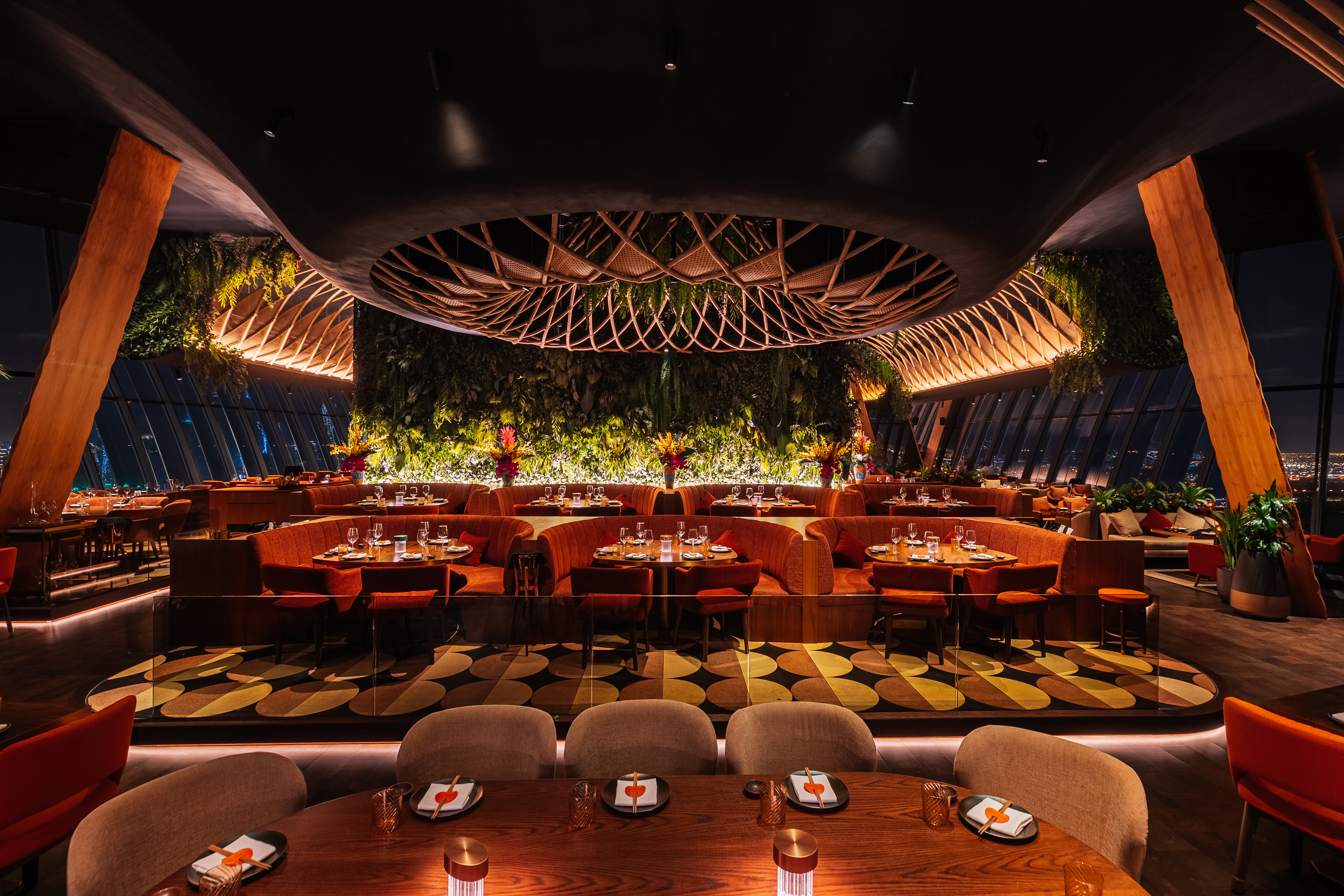 Designed by New York-based ICRAVE, the restaurant takes cues  from Japan and Brazil to create a fusion of styles and materials that honour its DNA, while housing a variety of dining experiences under a single roof.  The spirit of Japan is expressed through a balanced proportion of  geometric lines and natural materials, while inspiration from Brazil can be seen through a reflection of bright and warm tones and bold, exuberant textiles and finishes.

Other times inspiration from both cultures come together to from strong design statements, such as the striking 3D-printed ceiling installation (that doubles as a chandelier inspired by a Japanese lantern) made using bamboo that frames the restaurant, reflecting the intricate woodwork inspired by both Japanese and Brazilian weaving traditions. 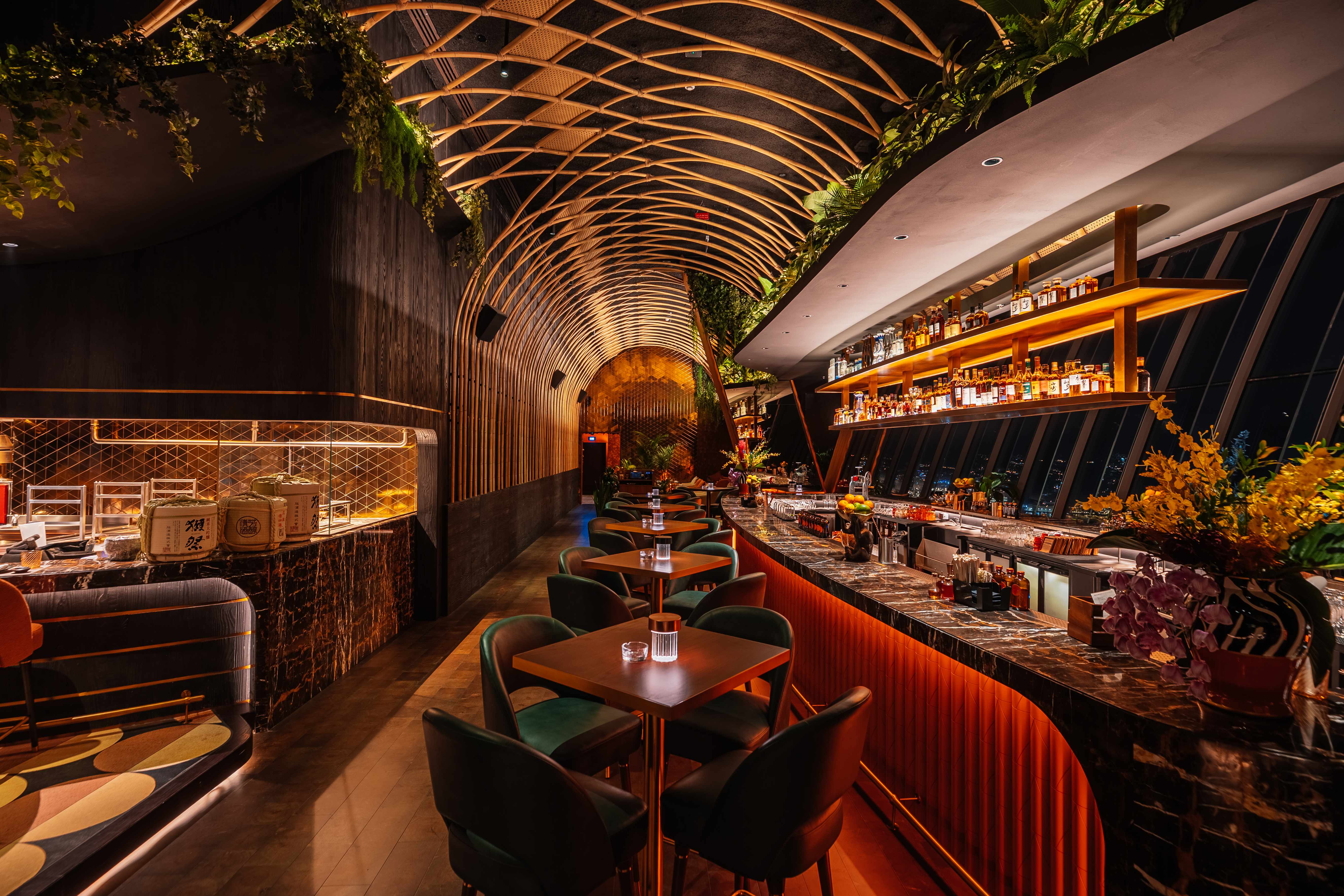 While the space itself is large, the warm lighting illuminates the space in a way that appears intimate while taking care not to obstruct the surrounding skyline.

Featuring a large main dining area, which includes both intimate and open areas, Sushi Samba also includes a smaller bar as well as a private dining area. At the heart of the main dining room is a theatrical open kitchen showcasing the grill and sushi bar. 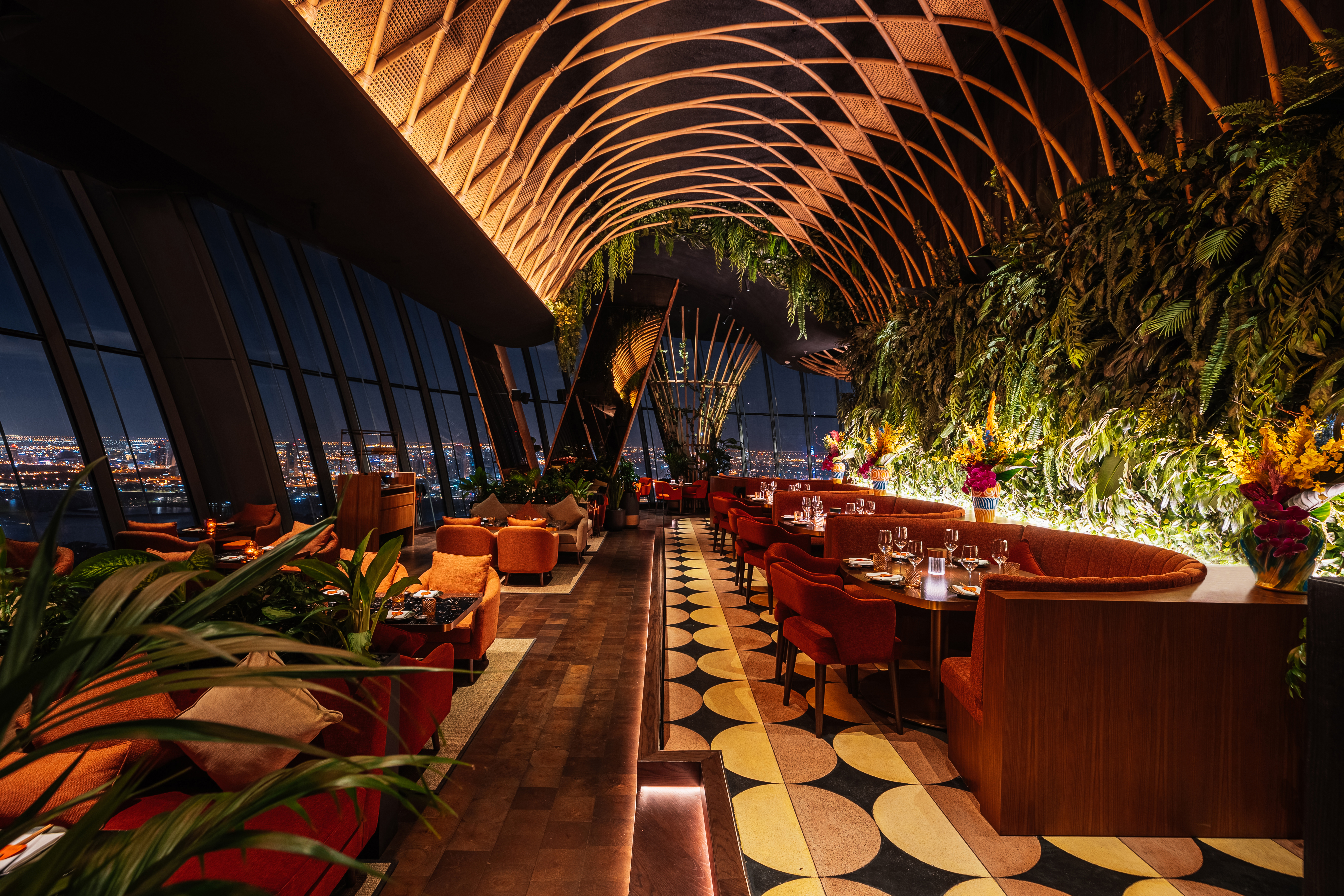 Some of the other main design features include a geometric terrazzo flooring, an oval-shaped bar as well as a living green wall. 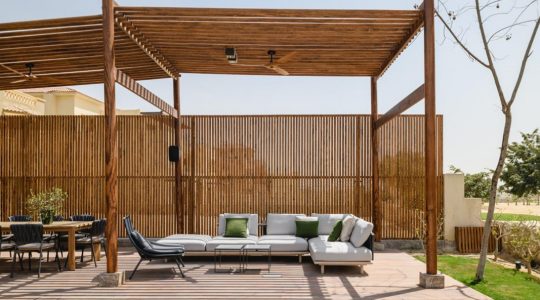 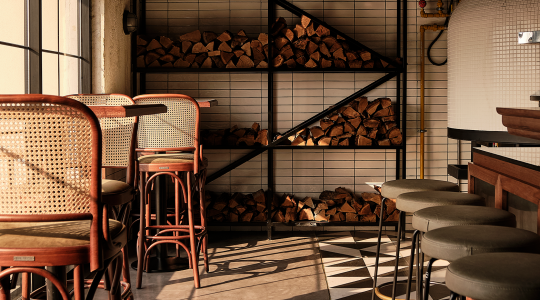 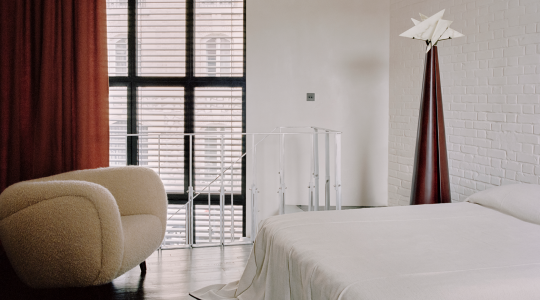 Situated in an up-and-coming area on Paris's doorstep, this triplex combining austerity and glam was Read more >