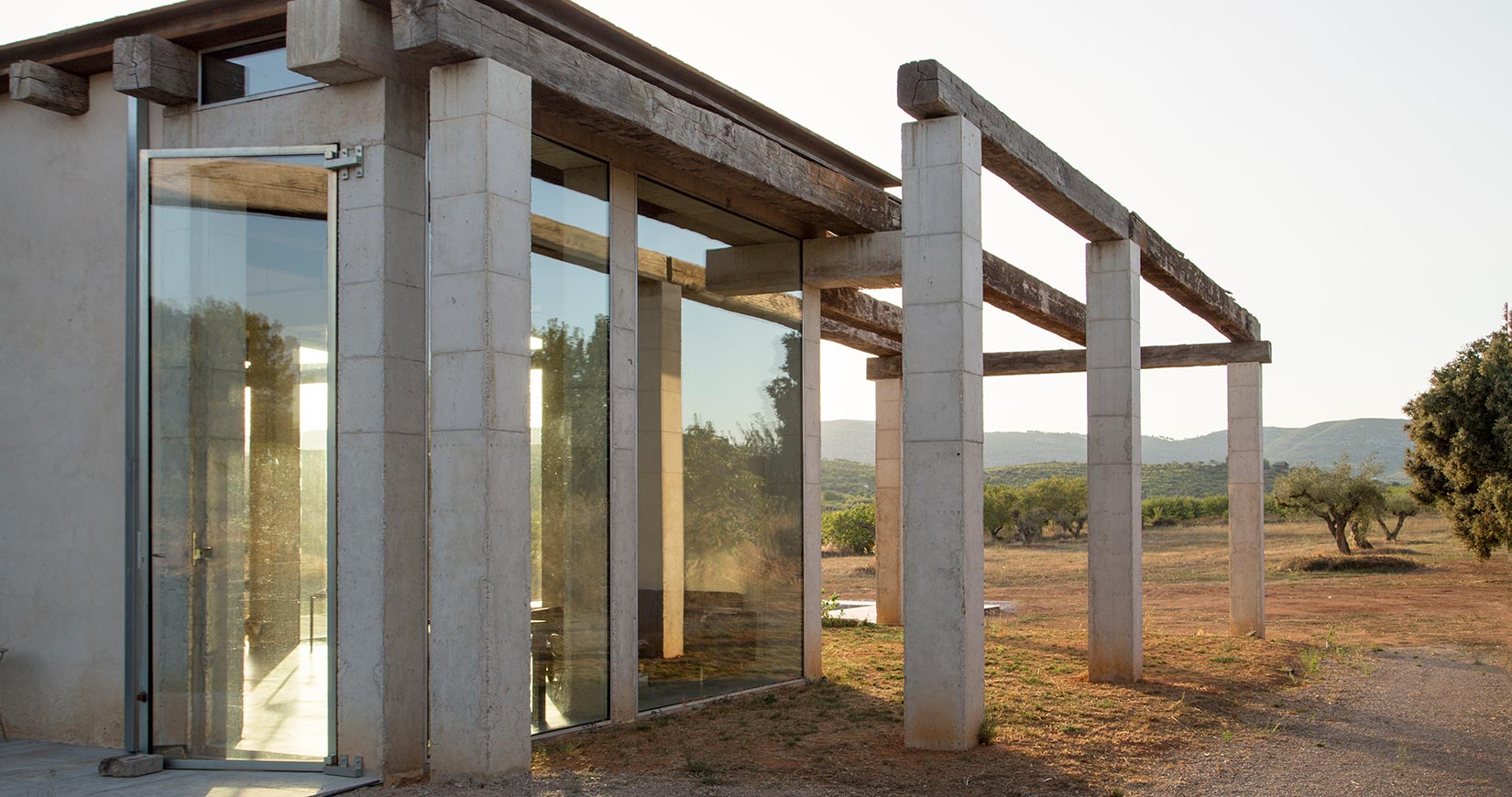 A small private road set at the centre of the Castellón hills – a Spanish province located a 30-minute drive away from the Mediterranean Sea – leads to an immense piece of land with an abundance of almond and olive trees that are native to the region – as familiar as the many medieval villages surrounding it. Its distinctive micro-climate ensures long hours of sunlight, even during the winter months. 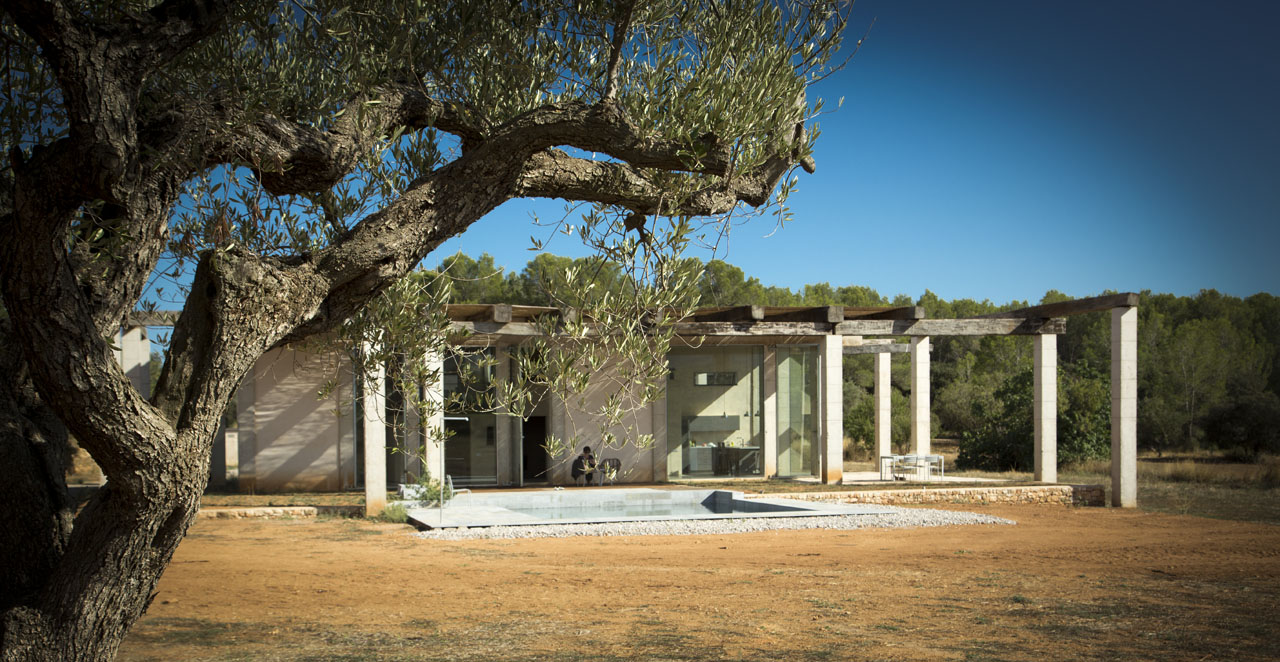 Bordered by the provinces of Valencia to the south, Tarragona to the north, and the Mediterranean to the east, the western side of the province – which borders with Teruel –faces the mountainous region of the Sistema Ibérico.

At the centre of this quite special piece of land are two villas, conceived by Dutch artist Xander Spronken, that almost naturally protrude from the land with their sculptural forms – a combination of art and residence. 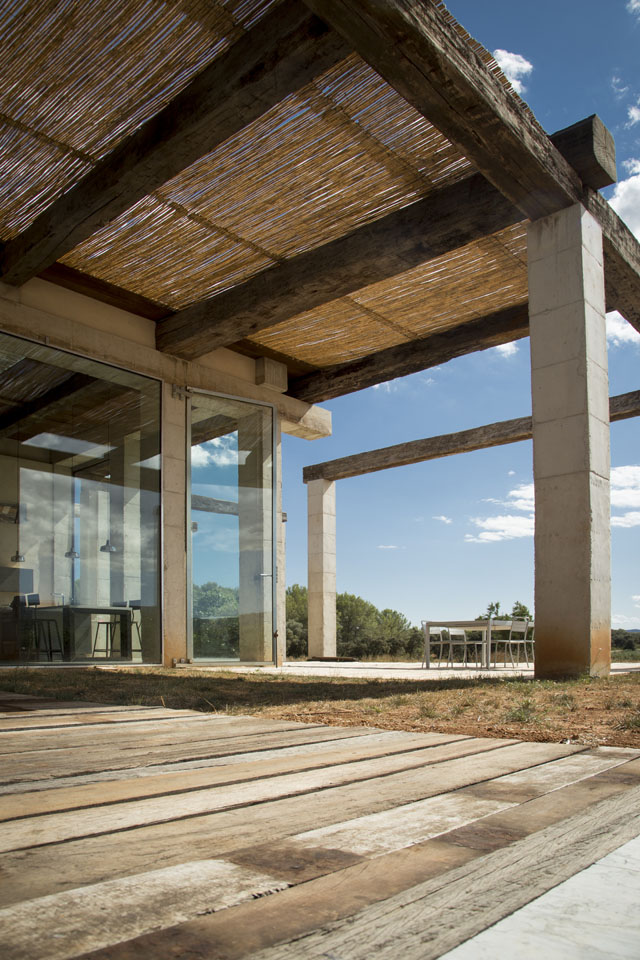 Spronken’s work – including the iron sculptures for which he is perhaps best known – has long been tethered to other disciplines and artistic traditions, not excluding architectural constructions. While a unifying thread can be observed through his passion for iron, his rough-hewn forms and robust creations can also be seen in his painted wall panels, furniture designs such as chairs and tables, and in a series of glass objects and other artworks that include steel and wood. Trained as a blacksmith, and later a student of sculpture at the Academy of Visual Arts Maastricht under Piet Killaars, Spronken combines traditional skills with the vision of a multifaceted artist, creating works that are emotional, intuitive and sensitive to the environment. 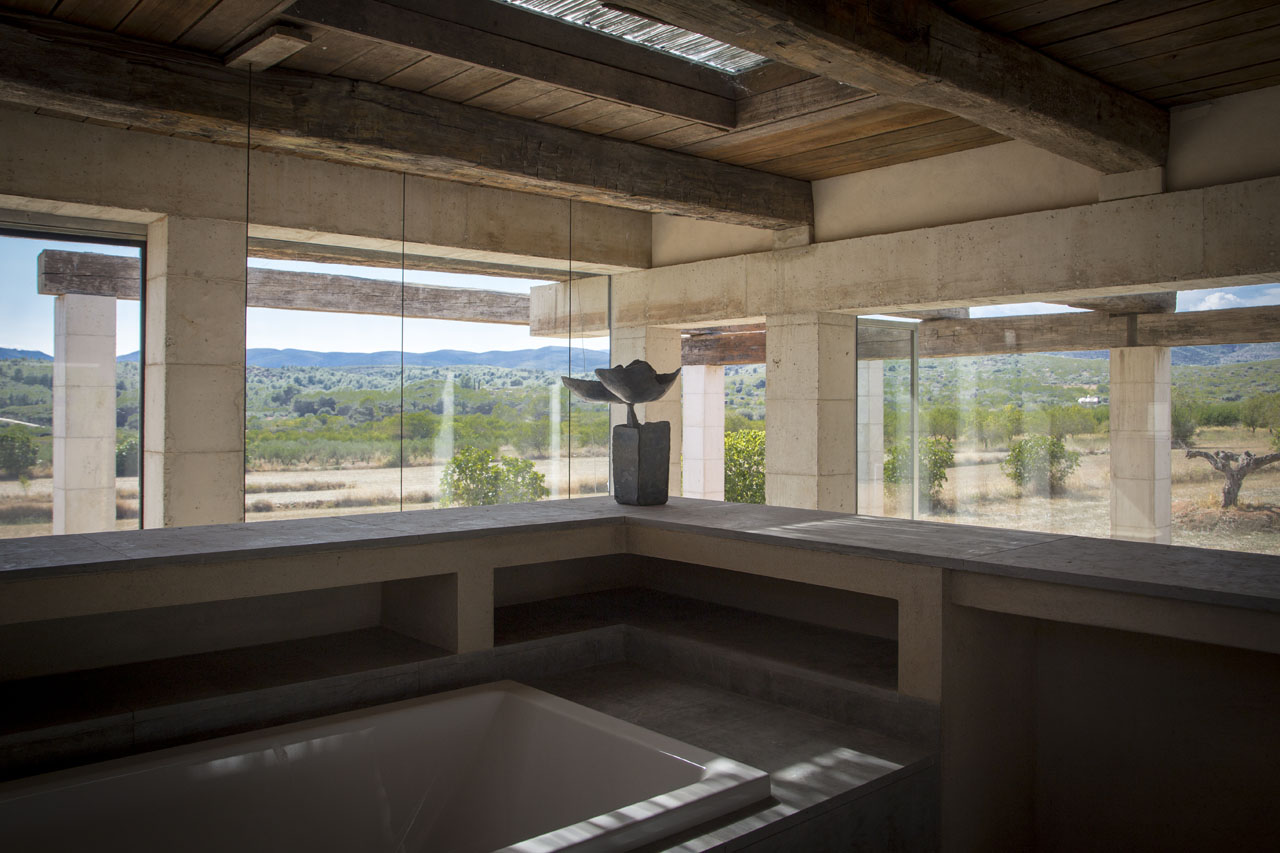 SpronkenHouse exemplifies the artist’s approach, both in terms of its form and materiality – and experience. The villas host six-metre-high pillars that not so much loom as soar. Inspired by the ancient Fibonacci sequence, the ‘sculpture’ has no specific rhythm. Instead, it offers a building of 54 concrete posts carrying a roof formed of old mooring posts, weighing down the structure in a manner that hints at a sense of rooting it back into the earth. The only material that sits between the concrete pillars and the roof is transparent glass, evoking the feeling of being outside at all times, even while one is indoors. These floor-to-ceiling windows additionally provide magnificent views of the Iberian mountains with the 1800 metre-high Penyagolosa summit as its centrepiece. The two separate houses sit within six hectares of private property, each with its own swimming pool, and can be accessed via a private gate. Both houses are equipped with air conditioning, floor heating, large fitted kitchens and lounge areas, as well as two bedrooms and two bathrooms each. 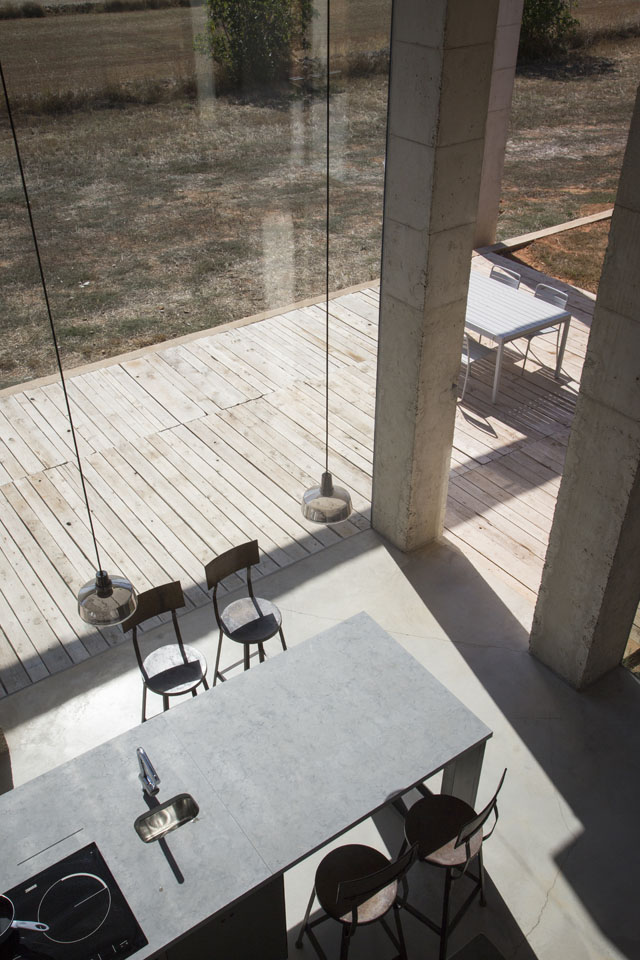 The first villa totals 160 square metres and faces south-east towards the stretch of Castellón mountains, and comes complete with an outdoor wood-fired oven. The slightly smaller second villa (covering 150 square metres), overlooks a vast open space filled with olive trees, with its south-west facing views including the mountains on the north-western side. Both villas have high ceilings of 5.5 metres and operate on solar energy as well, with heat generated using a heat pump. 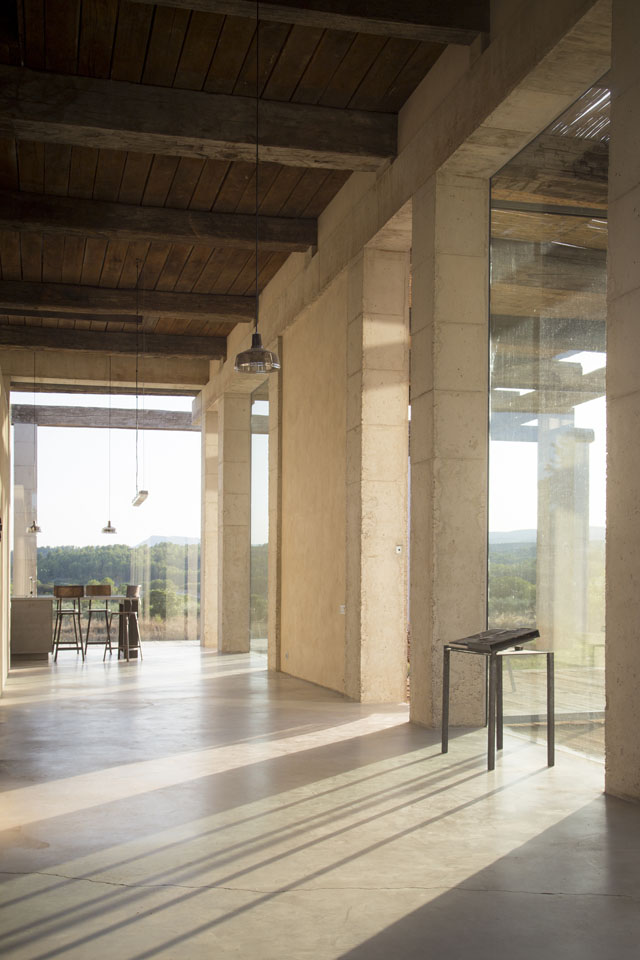 Three aspects were vital in the experience of this retreat: unlimited views, generous amounts of sunlight and complete privacy. As the villas defy being called either ‘house’ or ‘sculpture’, the living areas are sparsely decorated, lending themselves to being pieces of inhabitable art. Nonetheless, totable pieces can still be found across the two villas – including artworks by Spronken himself. There are also furniture pieces, such as a sofa designed and built by Los Angeles-based artist Stephen Kenn that is made using fabric from parachutes used in the second World War.

SpronkenHouse is a token of the artist’s purist approach and one that allows the user to be fully immersed in his artistry and vision.