Read our September issue online for free on ISSUU Just like the Chief Design Officer at Vitra who joined the Swiss furniture brand in the midst of a pandemic (more about this on page 66), I, too, took over the editorship of identity in exactly the same scenario. Having already worked outside of a corporate office environment for almost six months and then continued with remote working for another three months, returning to daily office life was strange to say the least.

While going back out into the world and occupying the same spaces we’d been forced to leave behind took some getting used to, it was going back to the office every day and reflecting on the kind of space it offered for work that occupied much of the conversations I was having with friends, colleagues and designers alike – many of whom shared the opinion that our workplaces needed some deeply thought-out changes. 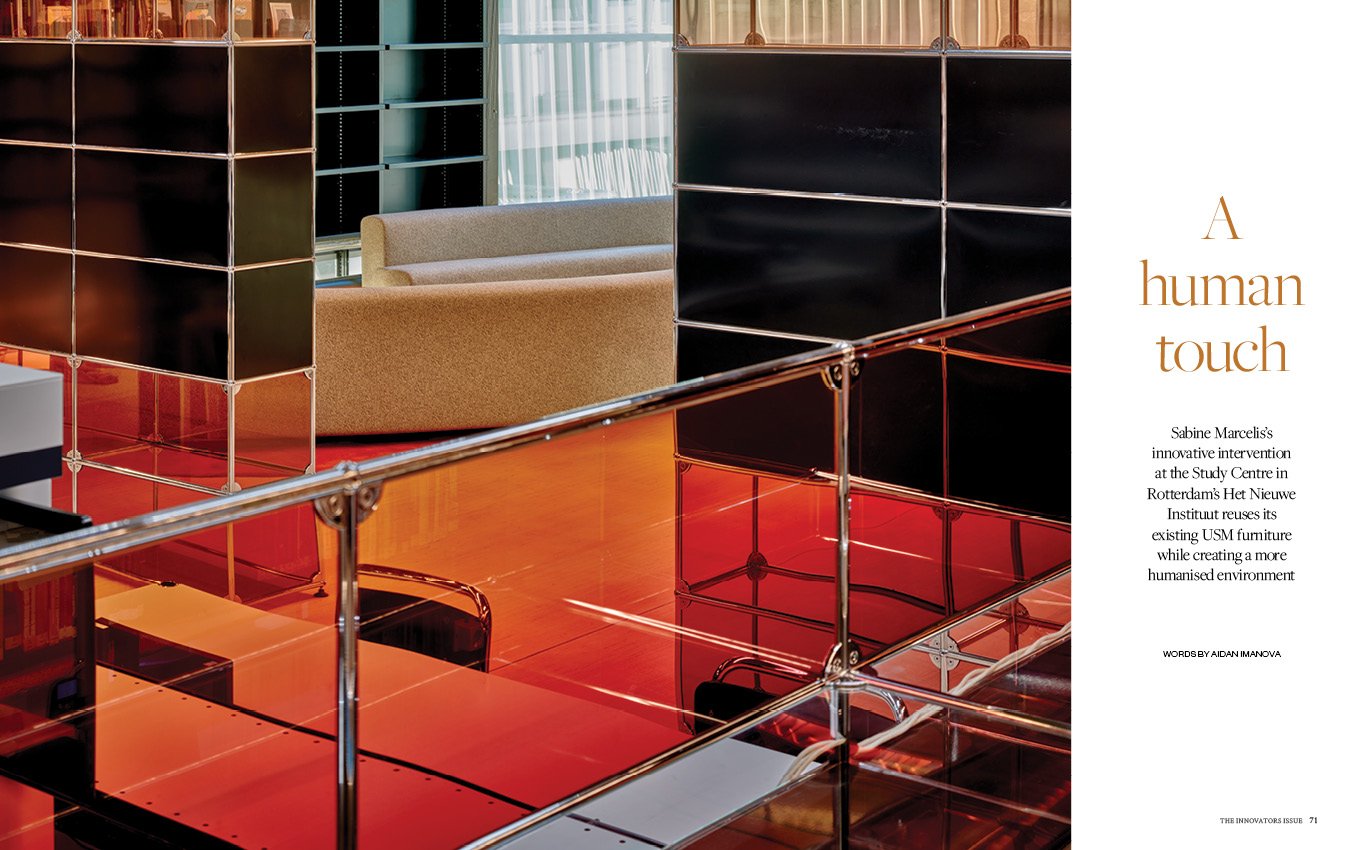 And in this month’s Design Focus we explore just that – how can we innovate our workspaces to suit our lives today and in the years to come? We have asked five designers to share their thoughts on the topic and are already seeing many implementing changes that cater to the demands of contemporary work. Whether companies like it or not, many employees have observed similar if not greater productivity levels in more casual and collaborative settings, so it is only a matter of time before offices begin to mirror these demands.

“It is clear that now, more than ever, a human-centric focus on employee physical and mental wellbeing needs to take centre stage. This is directly related not only to talent retention but also to increased productivity, work morale, empowerment, creativity and, as a result, company profitability,” said Niya Nikolova, interior designer at Roar – whose new office I can’t wait to see (did someone say nap room?). 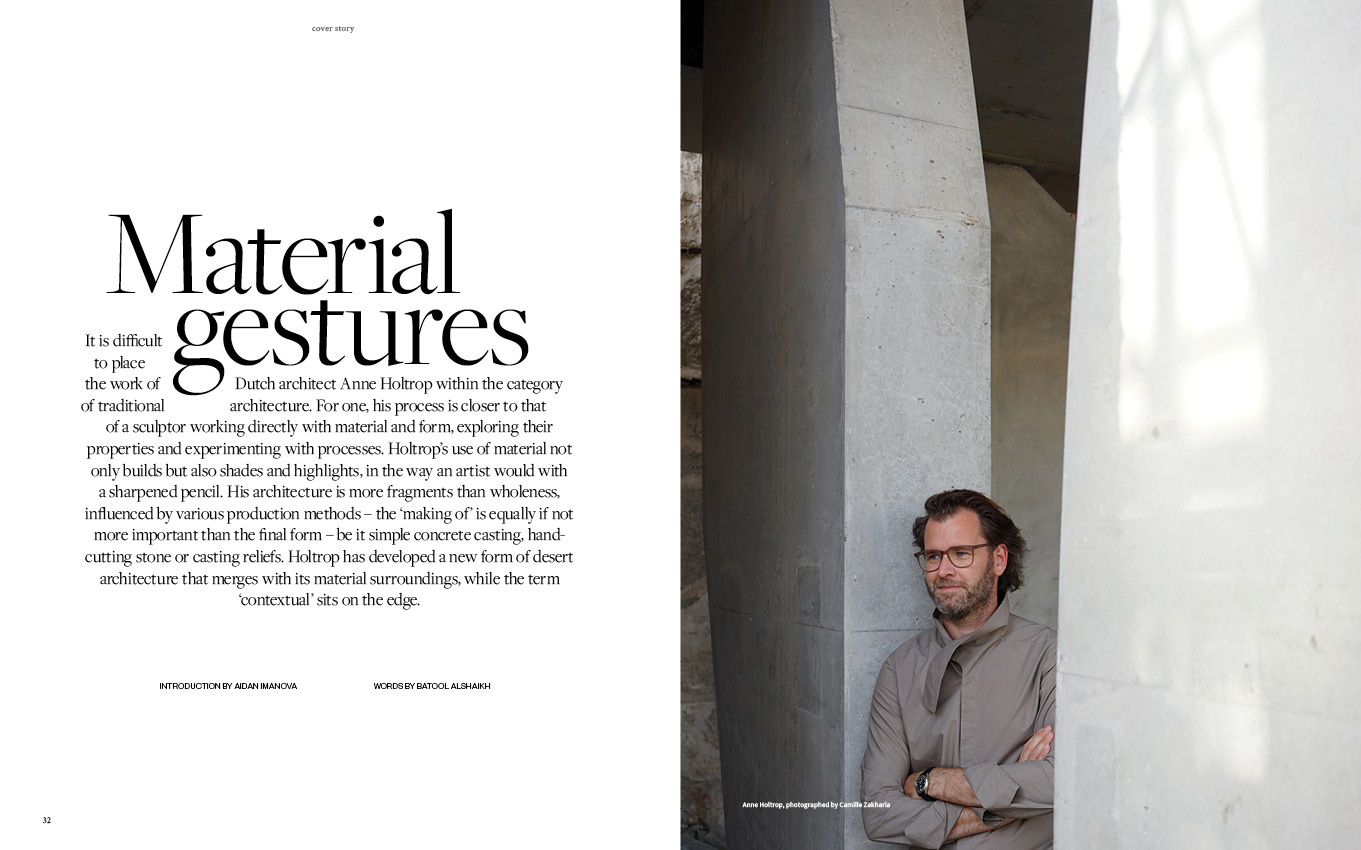 Innovation is often born out of necessity or shifts in lifestyles, urging a renewed outlook and approach to the many things we have taken for granted as being one way and one way only. Other times, innovation aims to explore the potential of something, which is what design often does. 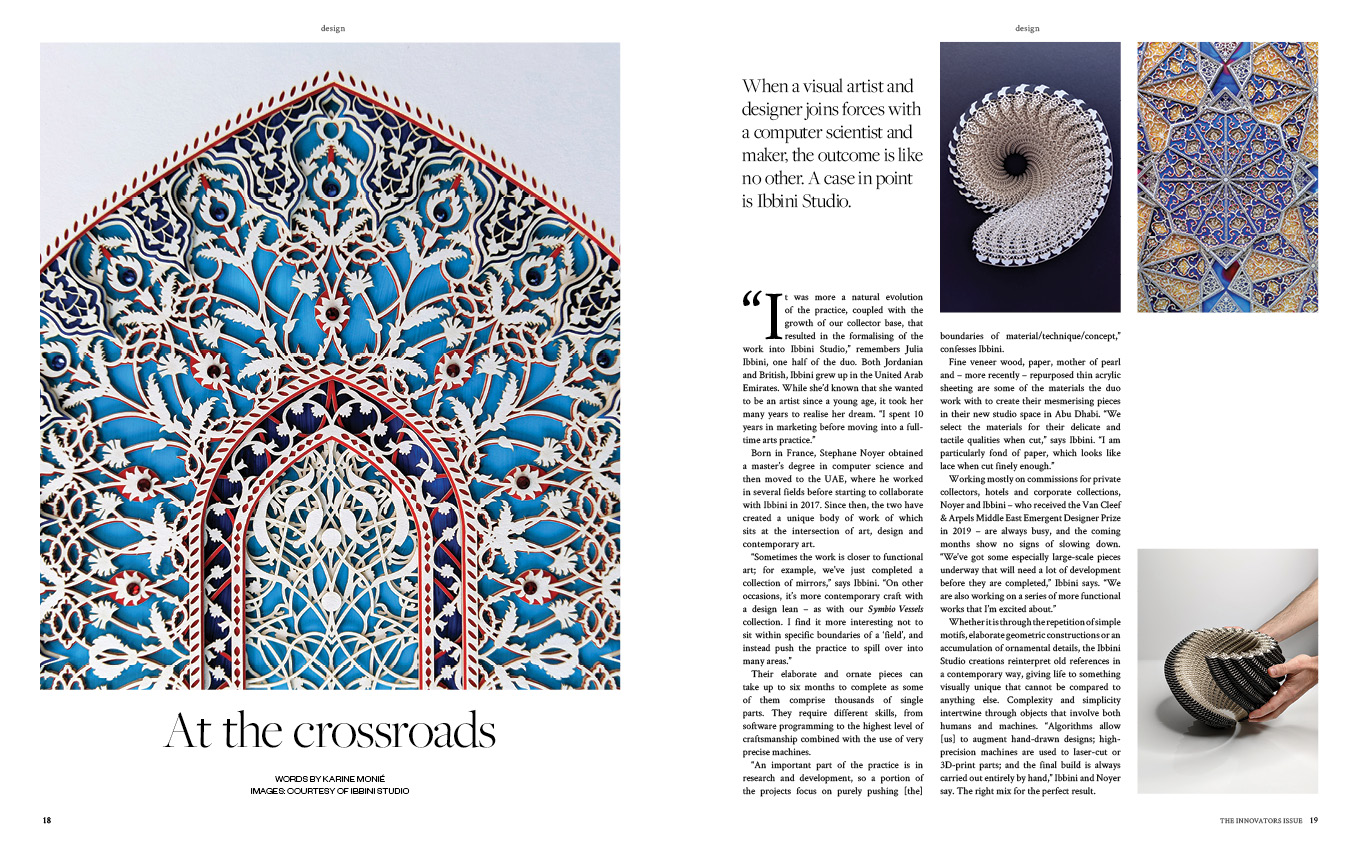 This month’s cover story sheds light on the work of Dutch architect Anne Holtrop, who in recent years moved his studio to Bahrain, where he now works on myriad cultural projects, paving the way for a new direction in exploring desert architecture. I remember first seeing Anne’s work on my trip to Muharraq with the team from the Aga Khan Award for Architecture and becoming instantly curious about the way he handles materials – more sculptor than architect. In our interview with Anne, Bahraini architect Batool Alshaikh shares vignettes of observations and conversations, discussing Anne’s process and approach to architecture. 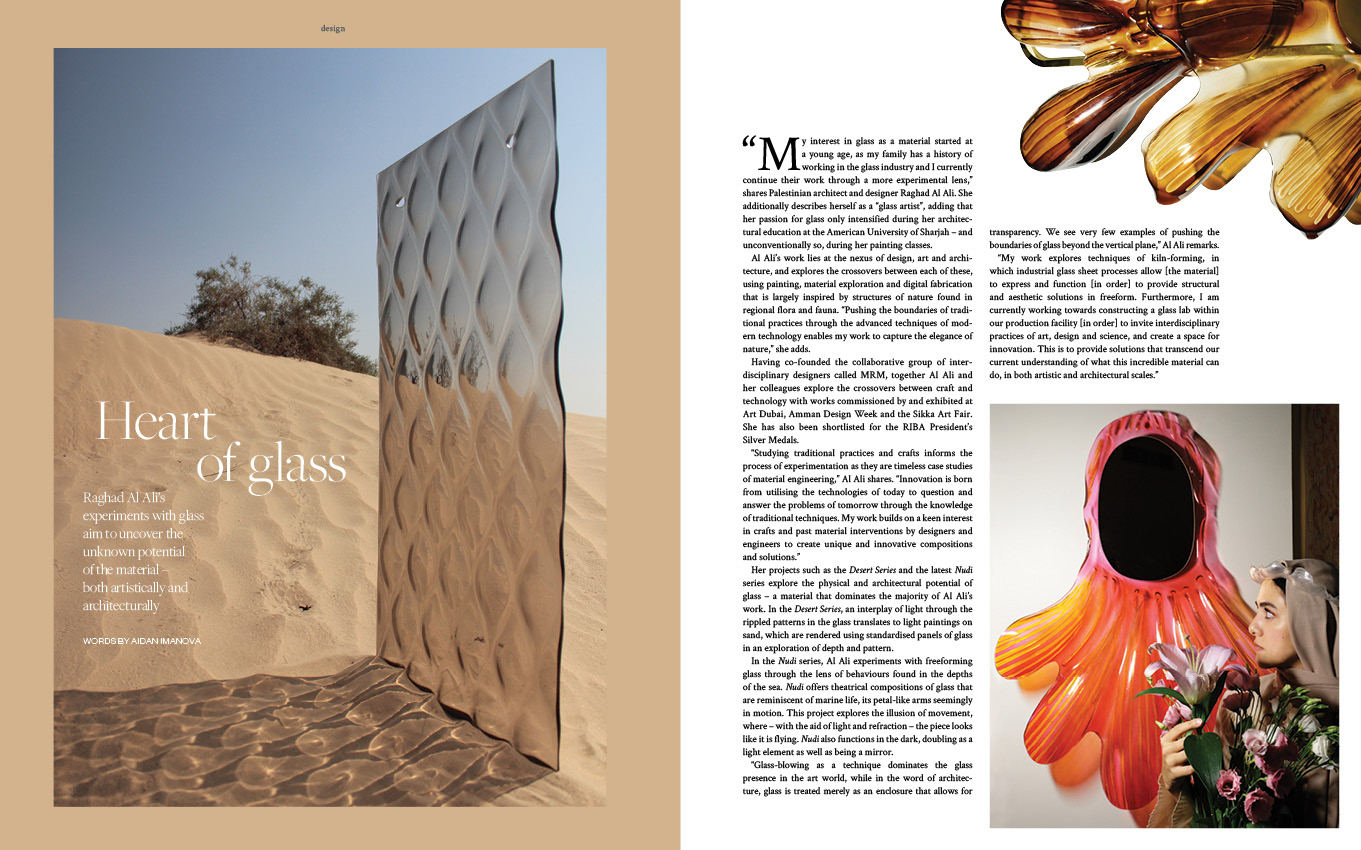 In other parts of the magazine, we speak to designers and architects across the region, such as Palestinian architect Raghad Al Ali, who is exploring innovations in glass, and Ibbini Studio, who marry contemporary craft and digital software. 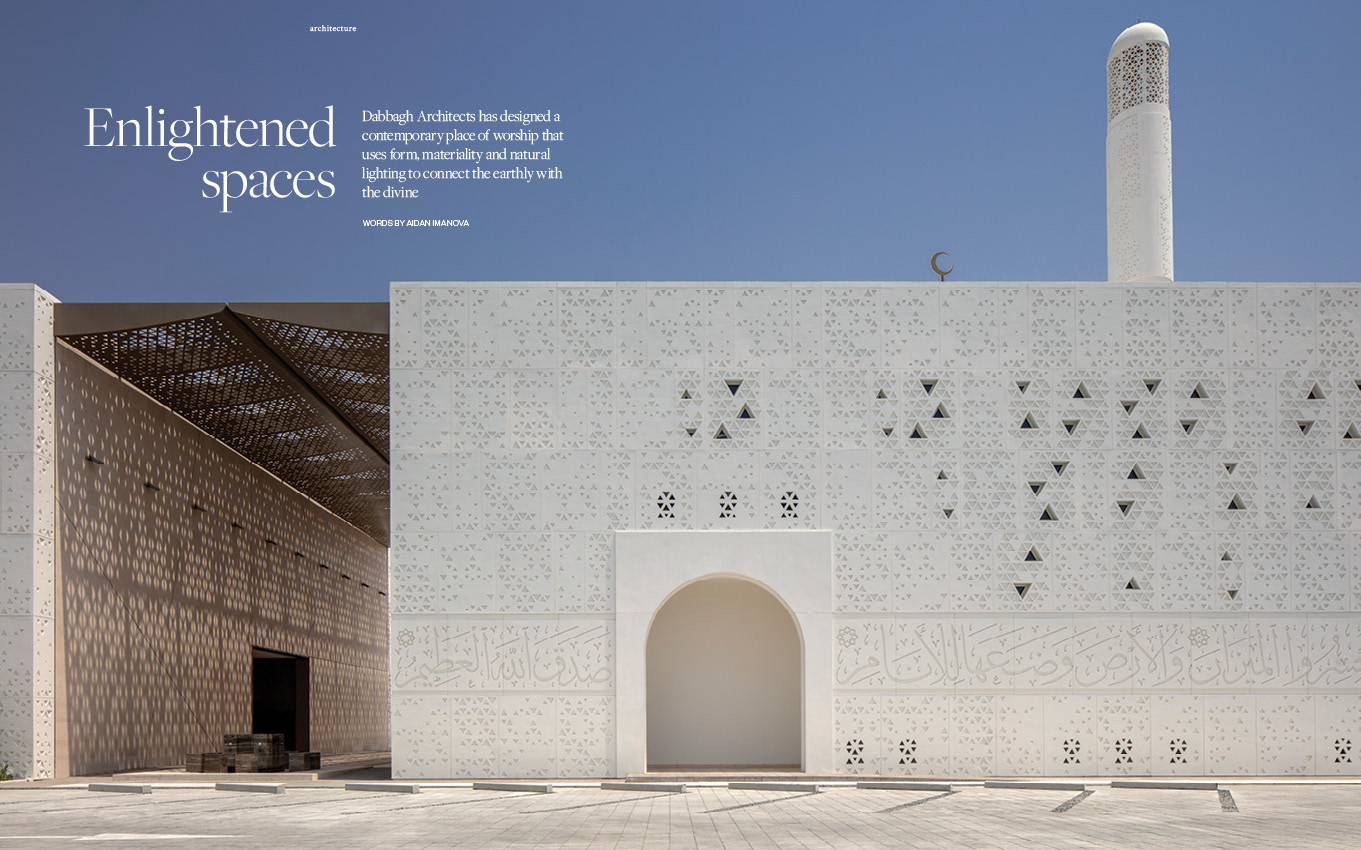 I also want to take this time to remind everyone that the entries for the identity Design Awards 2021 are now open, with nominations closing on 7 October. While many of us like to leave things to the last minute (I’m guilty as charged), the sooner you start preparing your entries the better. With only two months left until the actual event, I am excited to review all the wonderful entries. 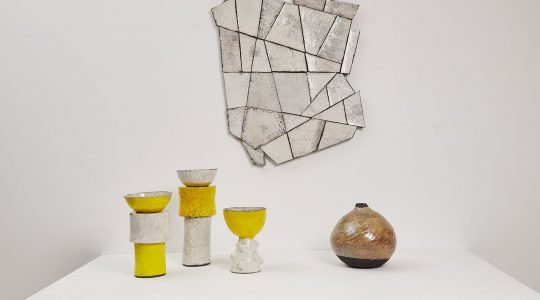