Point3architecture converts a historic palazzo into a boutique hotel in Tuscany For Benjamin Macaire, Thibaut Julien and Victor Jauvin, the trio behind Paris-based architecture practice Point3architecture, Paradis Pietrasanta was a premiere for two reasons. It is the studio’s first hospitality project and its first in Italy. Macaire, Julien and Jauvin, however, were already very familiar with the country, as they used to travel there frequently. Events like Milan’s Salone del Mobile and La Biennale di Venezia, and many cultural trips, drew the trio back again and again. 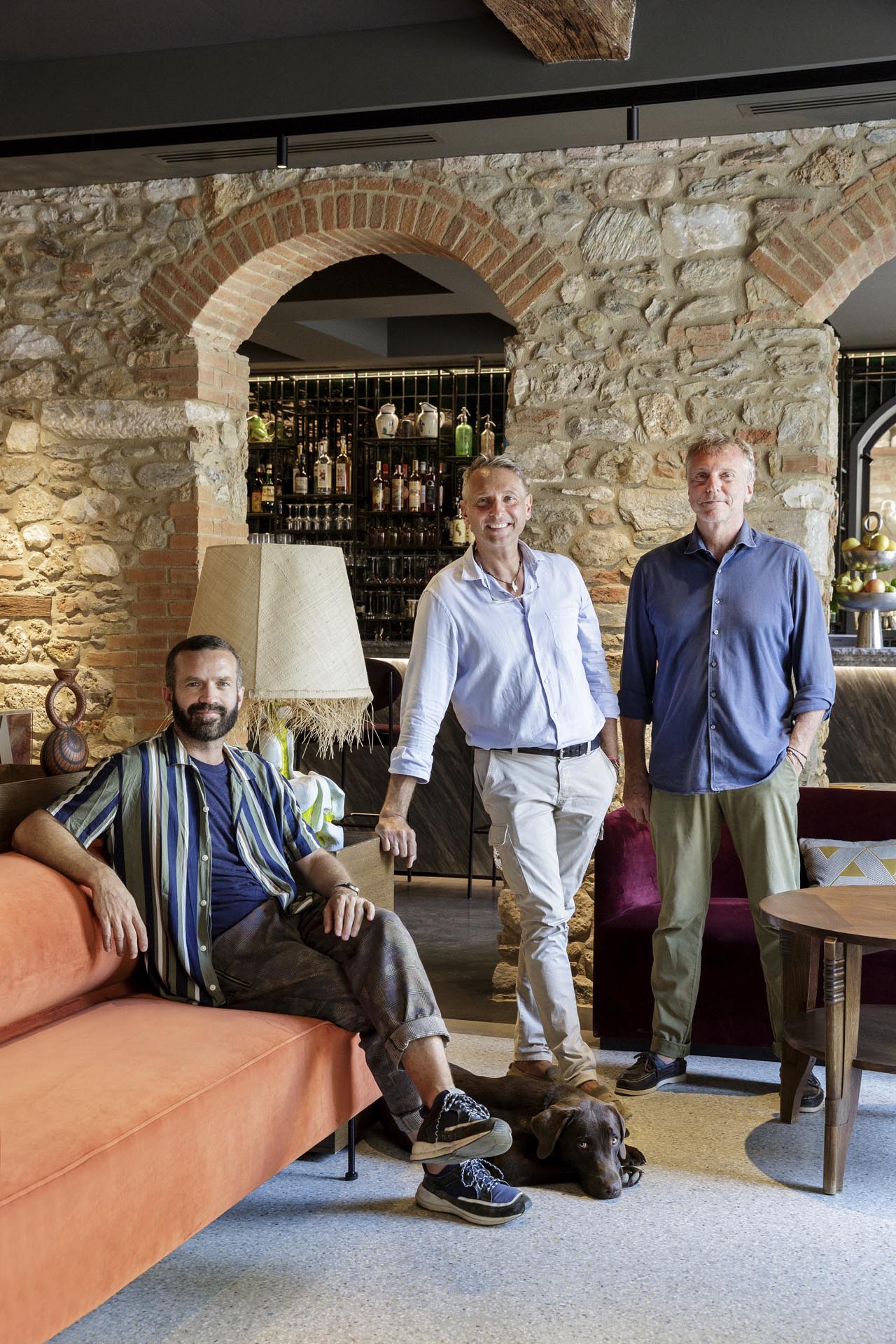 The French owners of the property, who now live permanently in Italy, trusted Point3architecture to transform what was originally a historic house from the 18th century – formerly home to a countess – into a charming boutique hotel with 12 rooms, plus a restaurant and lounge bar. 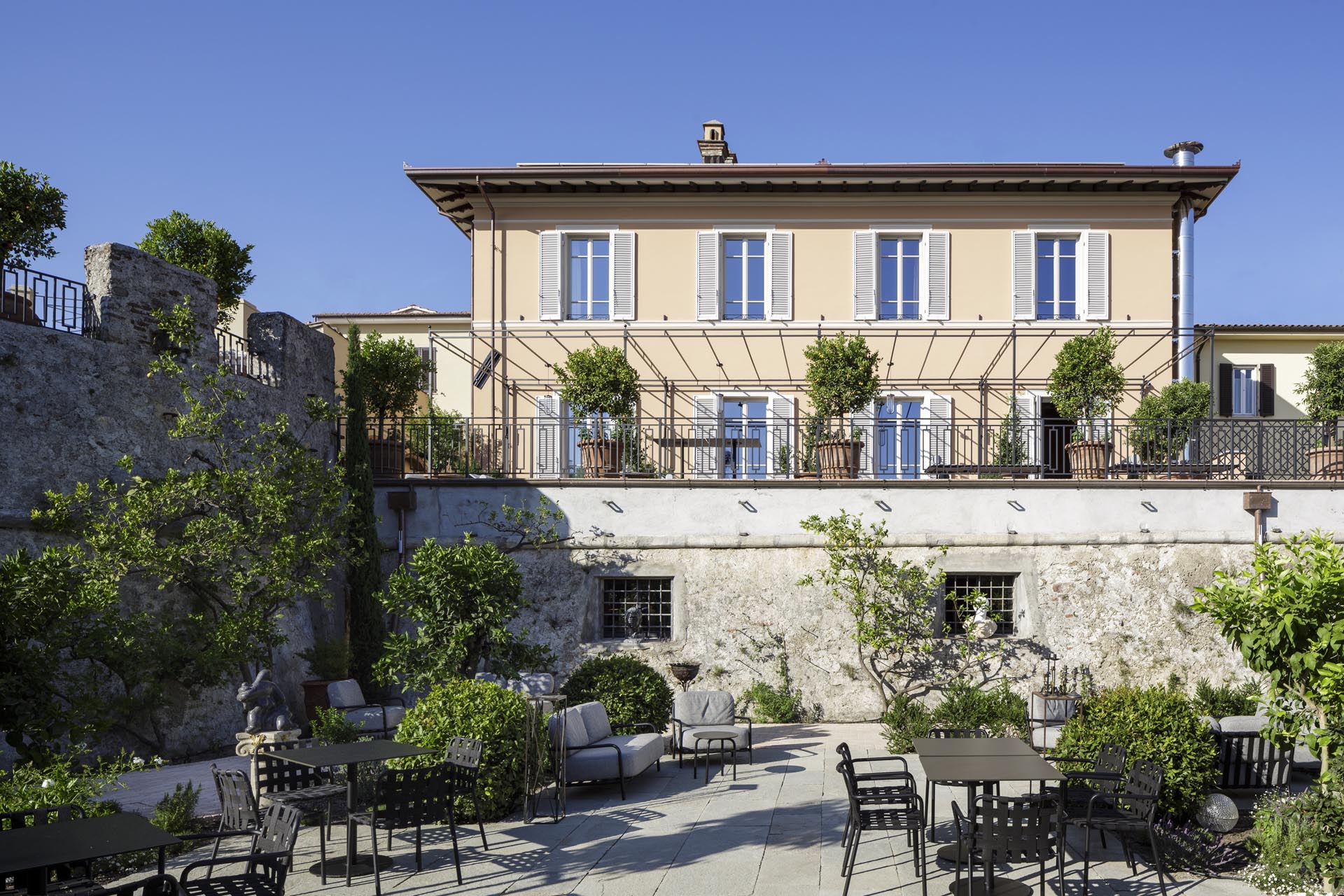 “It is said that at that time the property extended to the sea, which is located four kilometres from here,” says Julien. “This traditional Tuscan palazzo is situated at the corner of a 15th-century fortification called Rocca di Sala. Famous sculptor Fernando Botero lives at the highest point of this wall.” 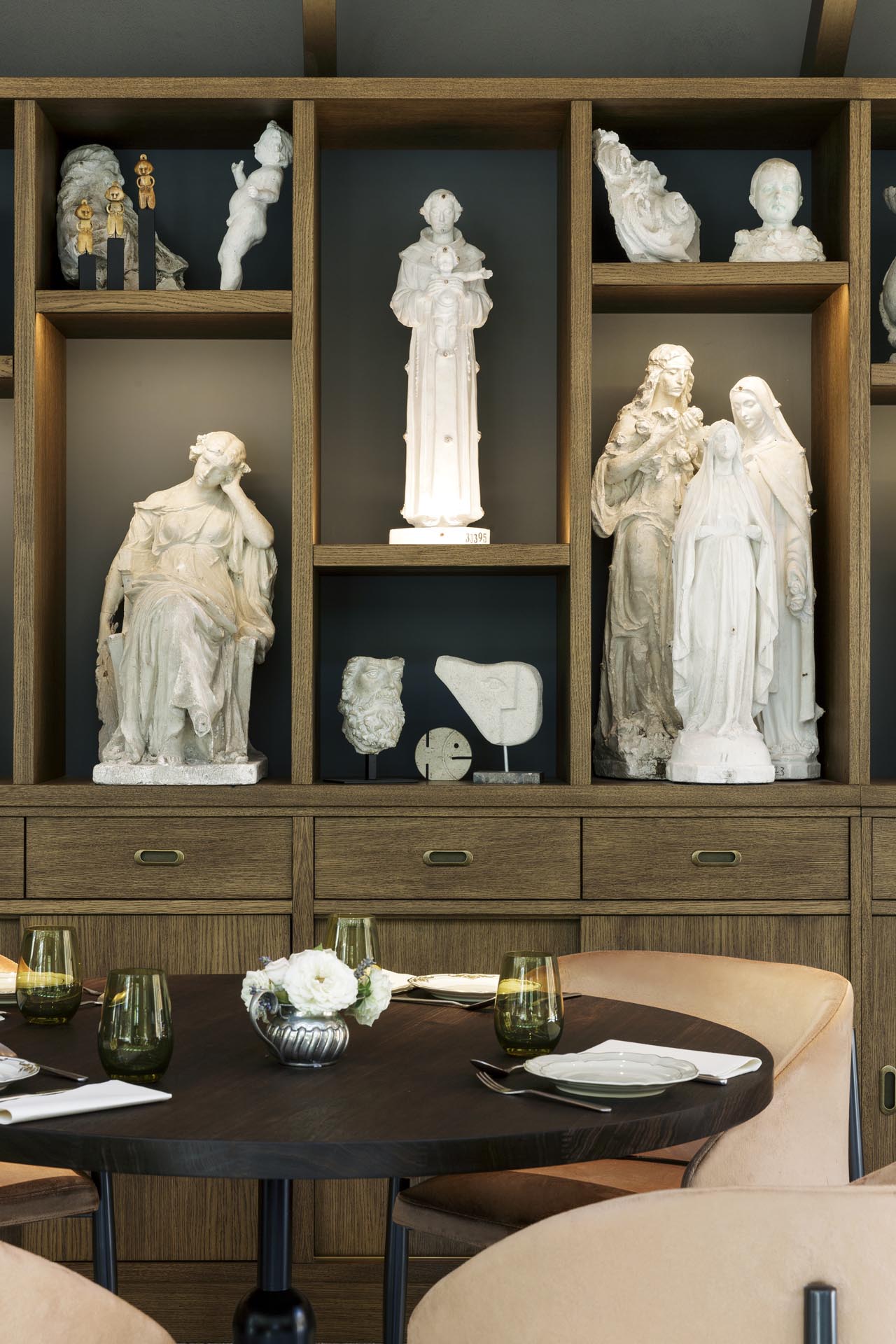 Inaugurated in July, the boutique hotel is an ode to the creative place in which it sits. Pietrasanta – known as the ‘Little Athens of Italy’ – has a long tradition of sculpture, as the town is on the way to the Carrara marble quarries of Florence. 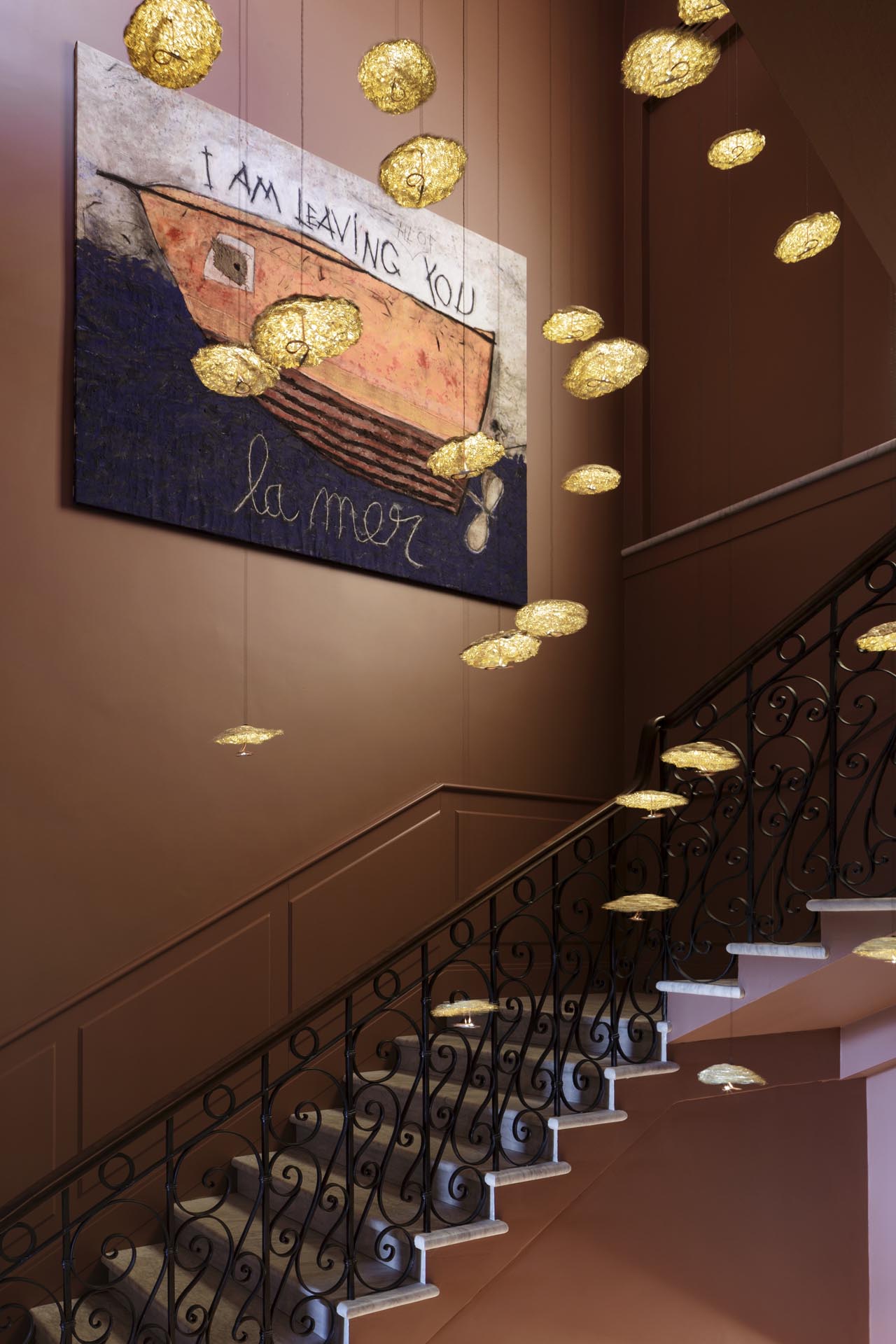 “The renovation consisted of giving a new life to this palazzo while reflecting the history of the place and its original materials,” says Julien. So, both the old house and the ramparts that go through the site were not only preserved but also restored and highlighted. In the restaurant, the architects recreated the atmosphere of a sculptor’s workshop and invited natural light inside via skylights. 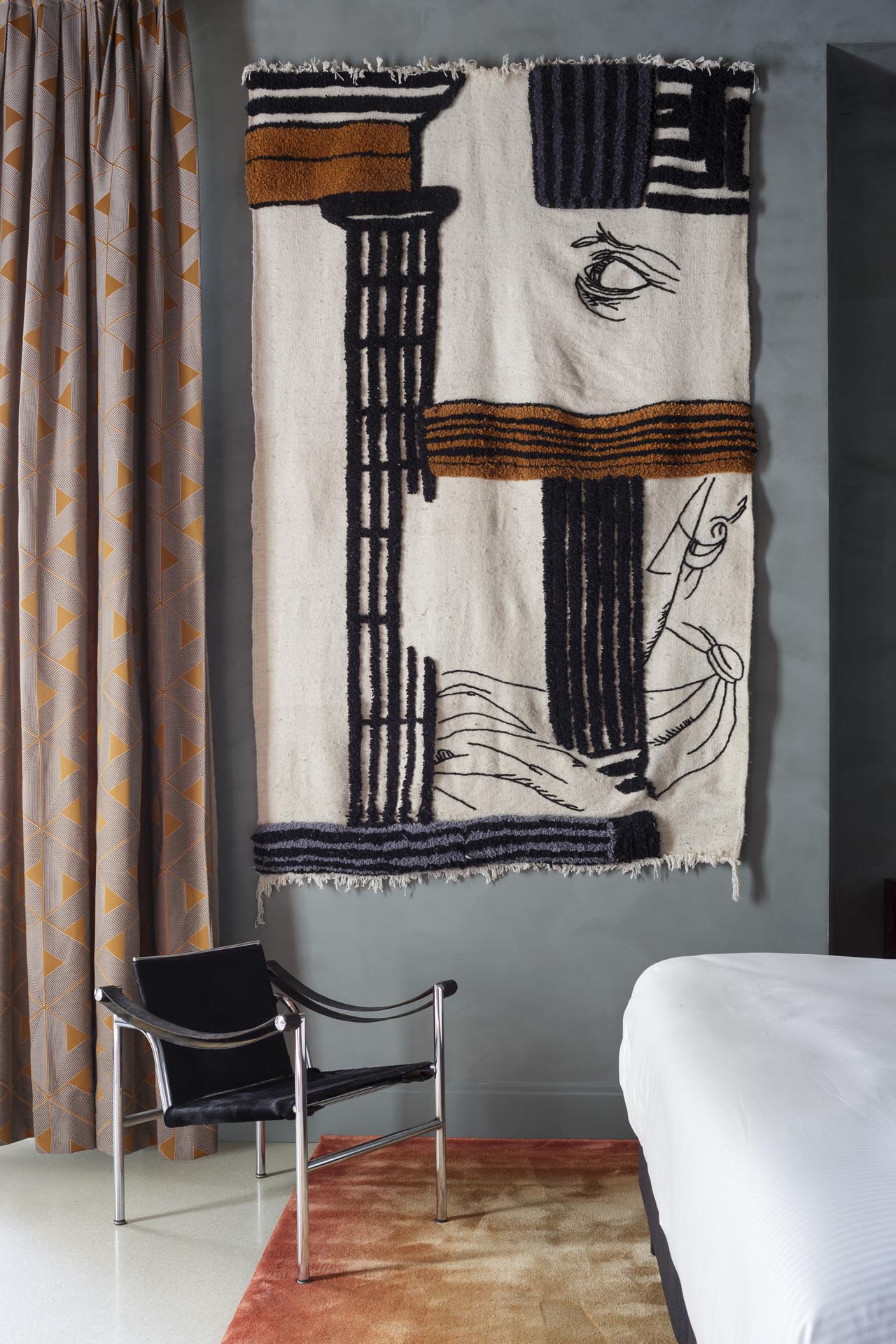 The building is organised over three levels. On the ground floor, the public areas include the lounge bar and the restaurant, which opens onto a large garden with marble fountains and a collection of citruses planted by landscape architect Jean Mus. The first and second floors are home to the 12 rooms – each with its own interior design – and the lobby, which opens to the grand terracotta terrace. Point3architecture has created a haven of peace rooted in its context – with spaces throughout the hotel inspired by Tuscany, and Milan providing the inspiration for its terrazzo floors. “We worked exclusively with natural materials, including marble, terracotta, ceramic and wrought iron … to blend as much as possible with the surroundings and give the feeling that the hotel has always been here,” notes Julien. Natural colours such as ochre and earthy tones prevail throughout, favouring a visual dialogue with the vernacular materials. 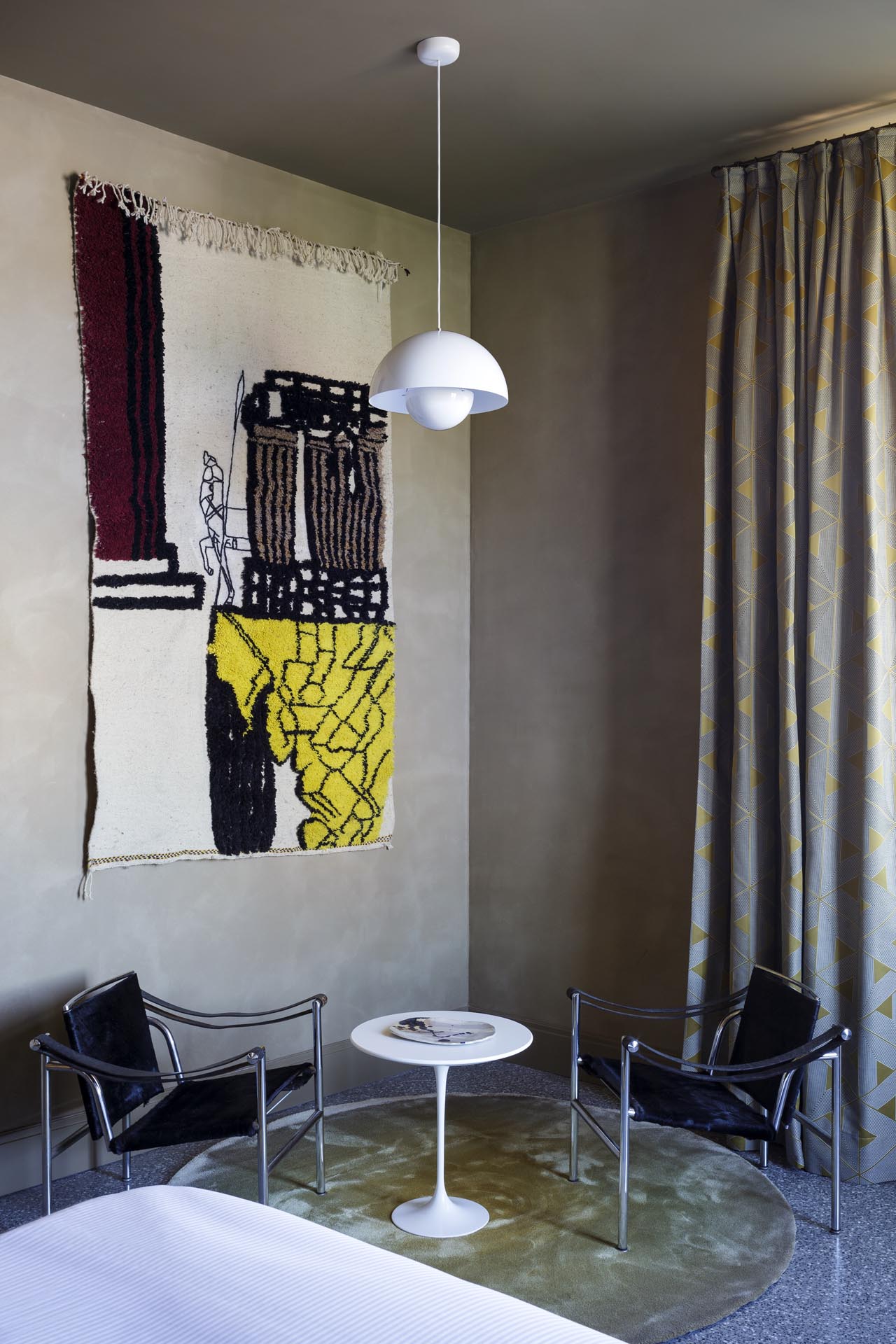 The architects worked with craftsmen for almost all the project’s various aspects, and collaborated with Moroccan artist Khalil Minka, who designed the wall tapestries in the rooms and the lobby, bringing a unique character to the spaces. “The eclectic decorative style is the result of the interaction between the owners’ design and art collection on one side and our selection of lighting fixtures and pieces of furniture inspired by the ’70s in Italy on the other,” expresses Julien.

Despite being a hotel, the atmosphere of Paradis Pietrasanta is more like that of an old family house, which is what gives it its charm. Thanks to the clear vision of the Point3architecture team, who perfectly understood the importance of respecting the past while enriching it with a subtle contemporary interpretation, this project reflects the spirit of its city, discreetly imbued with simplicity and elegance. 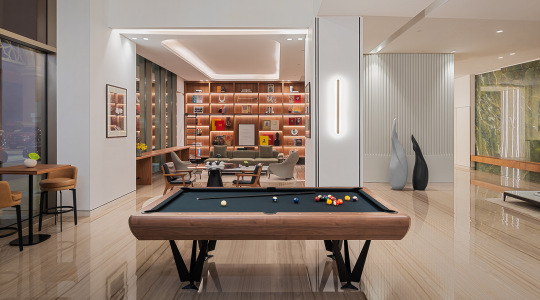 H2R designs The 9, a new private members’ club in Dubai 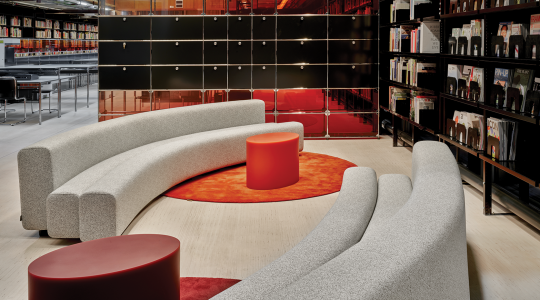