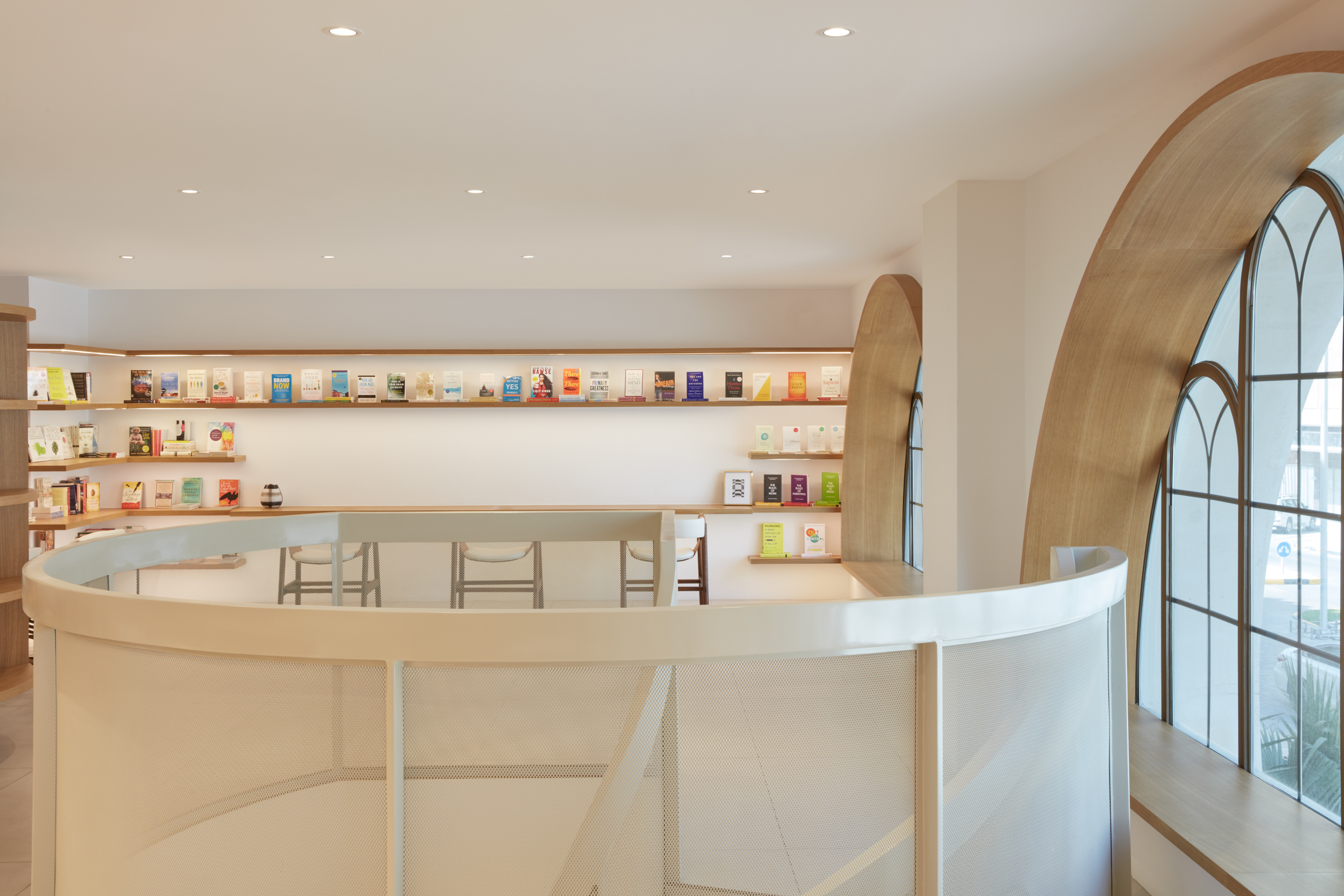 The literal translation of ‘Amzan’ from Arabic to English is Nimbostratus, a word that derives from the Latin ‘nimbus’ meaning rain and ‘stratus’, meaning to spread out. AMZAN is designed to reference the analogy between the nourishing power of rain and the spread of knowledge from books. Just as rainwater can cultivate a forest, so too can a bookstore spread knowledge to the community. 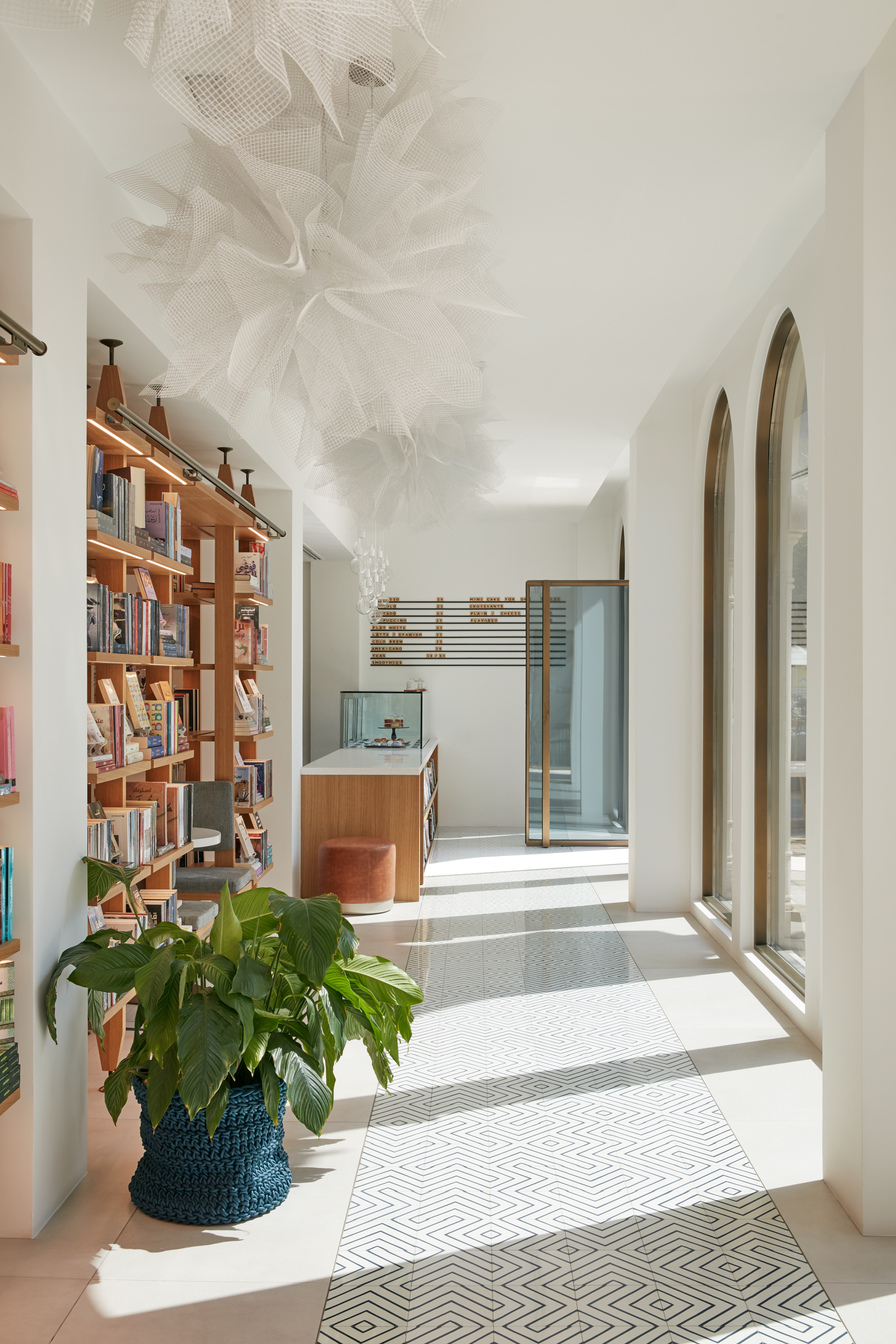 The concept and subtle manifestation of rain within the design language reveals itself through the carefully selected clear and reflective materials that are offset with patterned concrete tiles and light wood that alleviate the space and create an added sense of serenity to the overall environment. 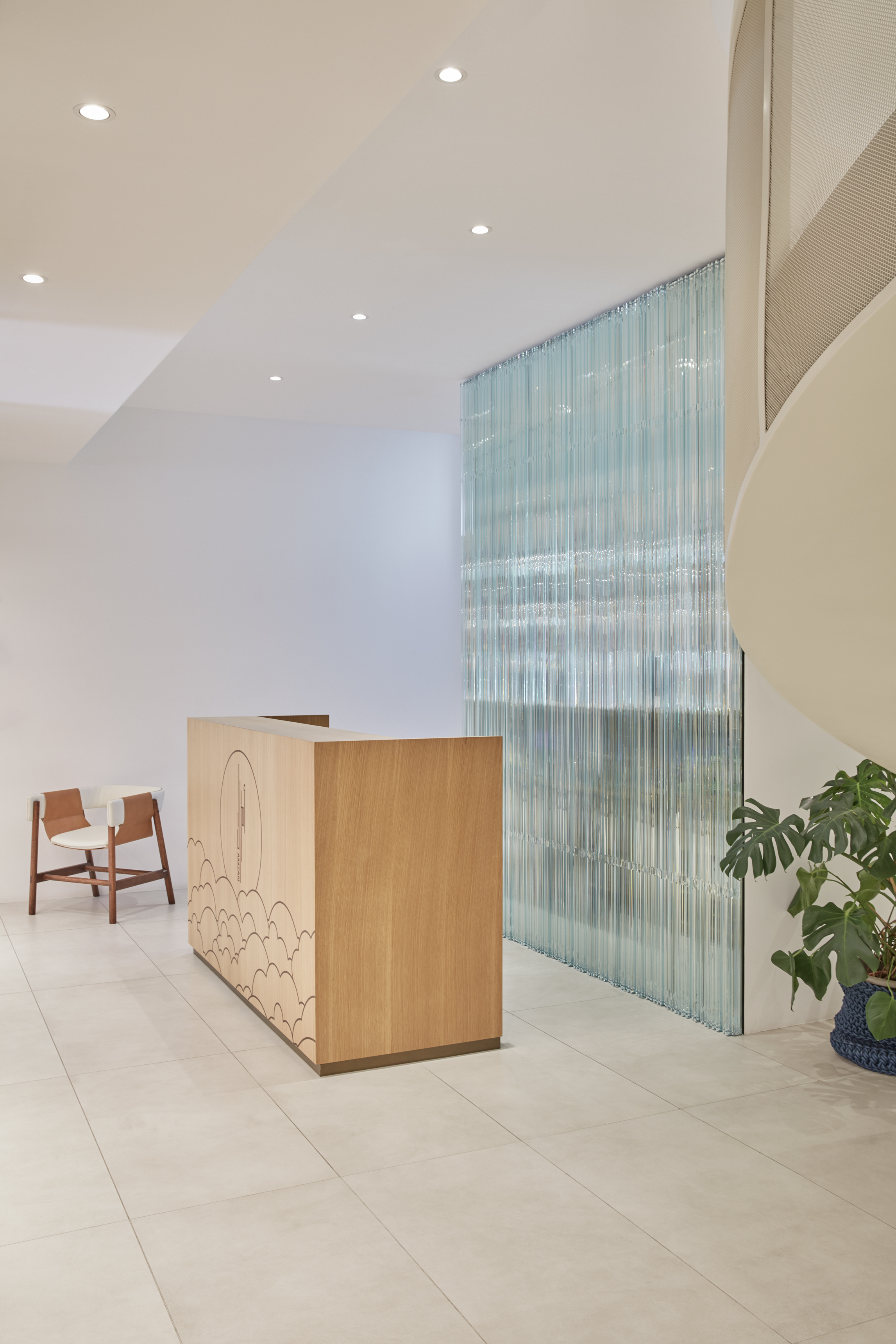 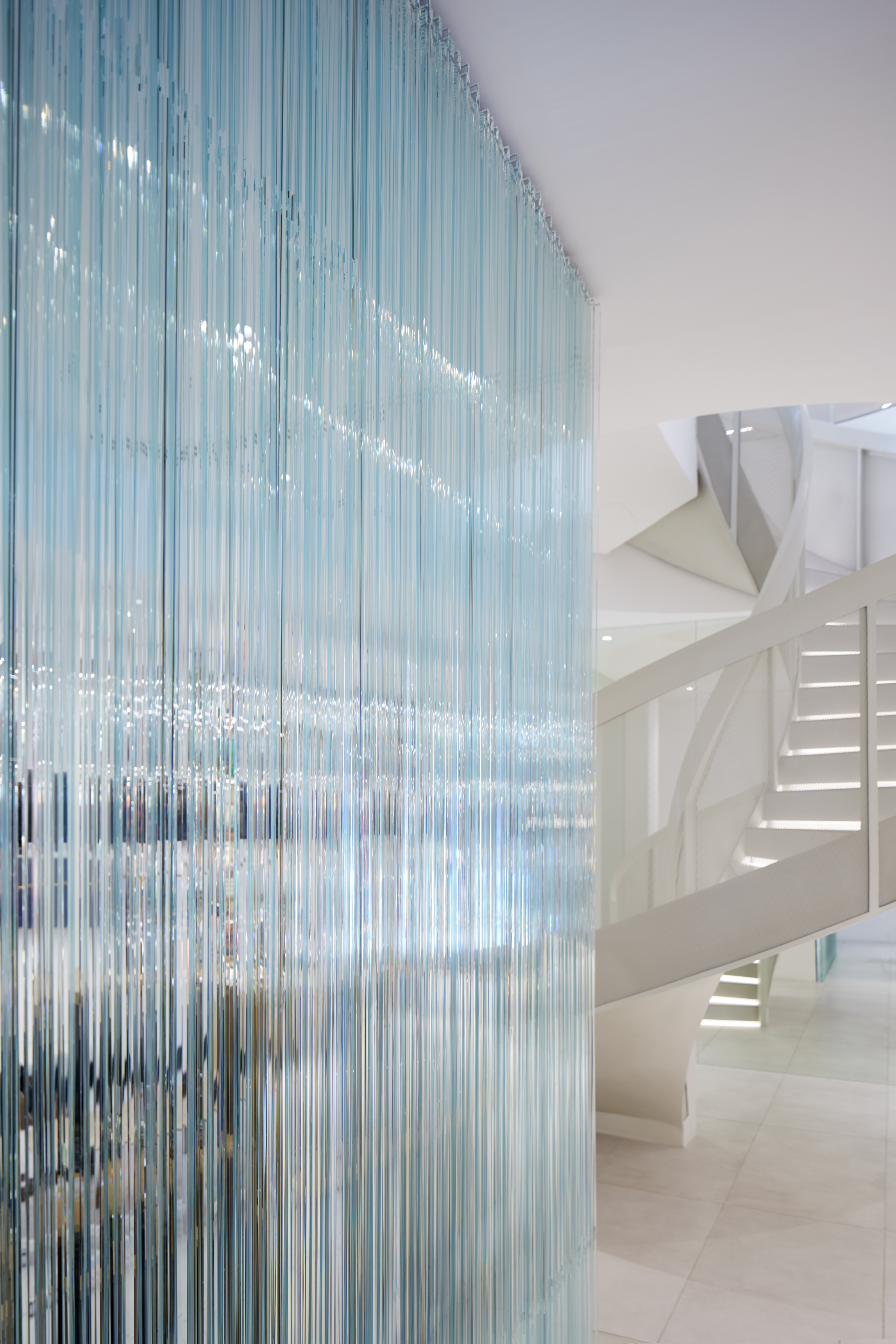 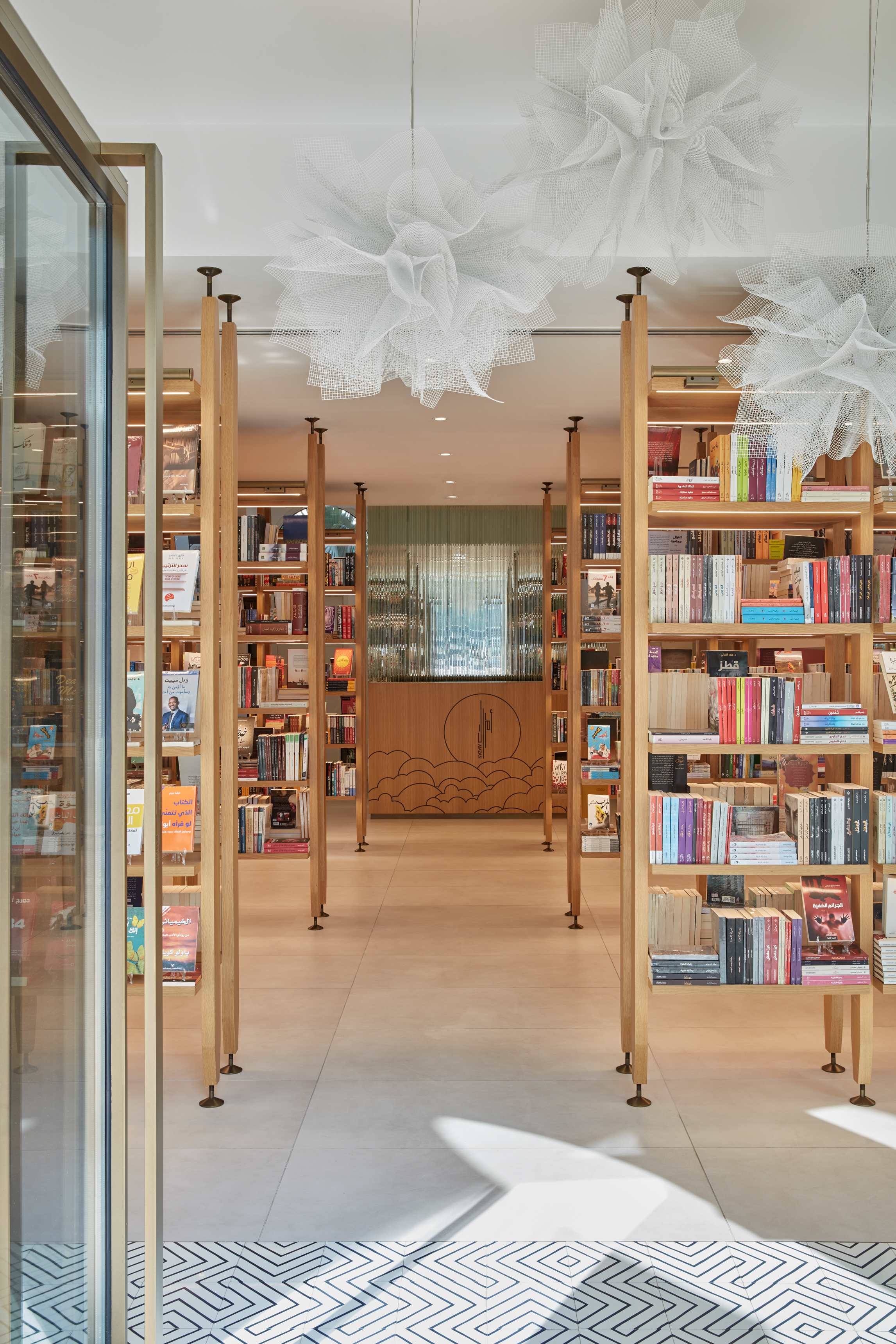 The Arturo Alvarez Fluo pendant lamps, which are crafted from very fine sheets of painted steel-mesh wrapped together to create the illusion of fabric, were used to create a soft lightweight appearance of clouds. Also present is the Vu modular wall mirror by Tonelli made of extra clear glass strips of different thicknesses that have been welded together on a mirror back, as a backdrop for the reception area. 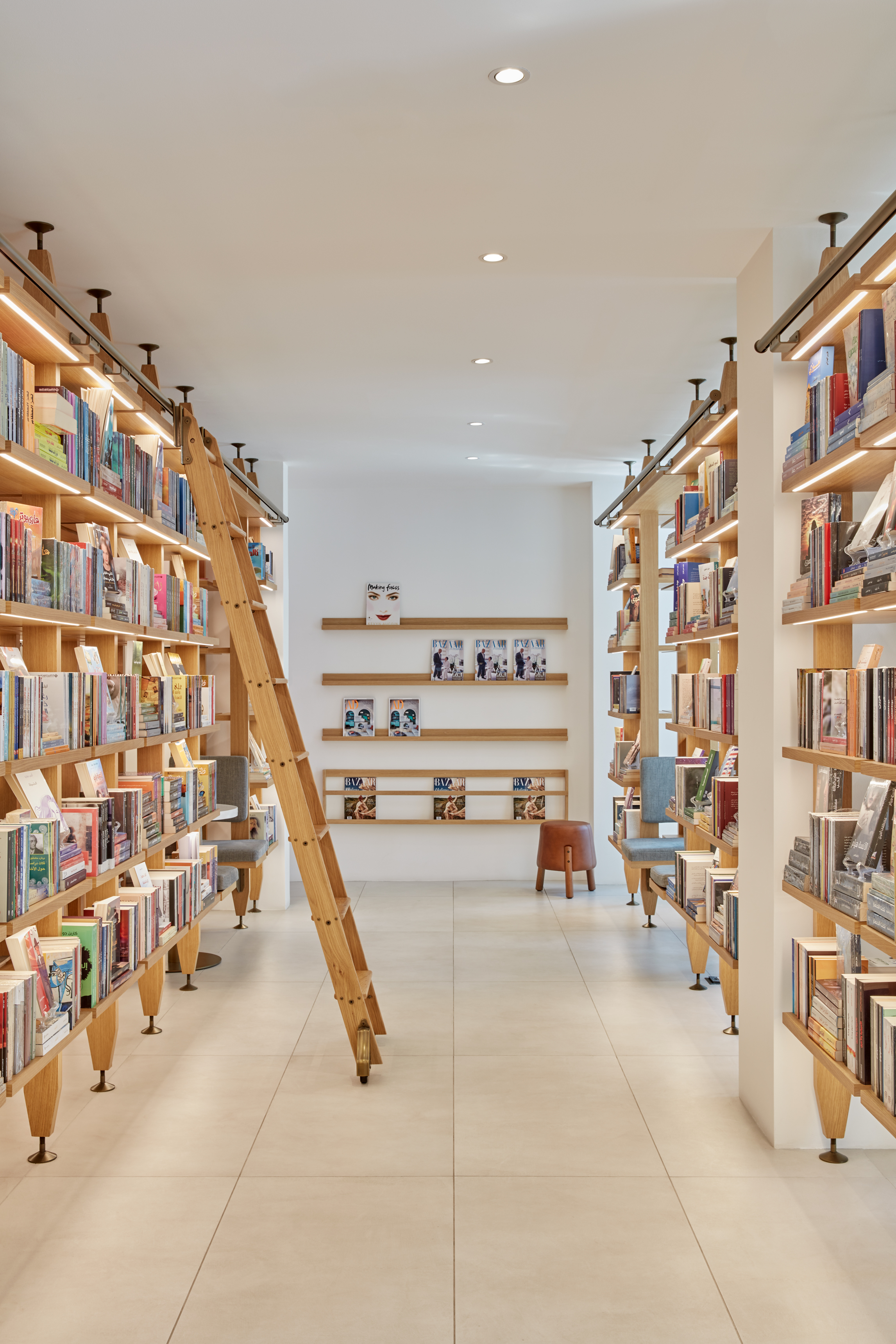 “This is a mirror, but not in the traditional sense, as its reflective surface is relegated under a layer of glass, which transcends its original function.‎ This feature is imagination at its best, what you get is a surface that captures the single image and reflects its thousand sides whilst magnifying and enhancing the room, mimicking the effect of rain droplets,” Nakkash explained. The ground floor contains the majority of the books on display as well as a link to the café, while the upper level serves as a multi-functional area for kids that is flexible enough to host talks and workshops. “One of the key areas of the project from a design perspective was the staircase. It was challenging because we needed to close the existing opening and cut-out a bigger one for the spiral staircase, however, the existing first floor structure had to be reinforced,” Nakkash said. 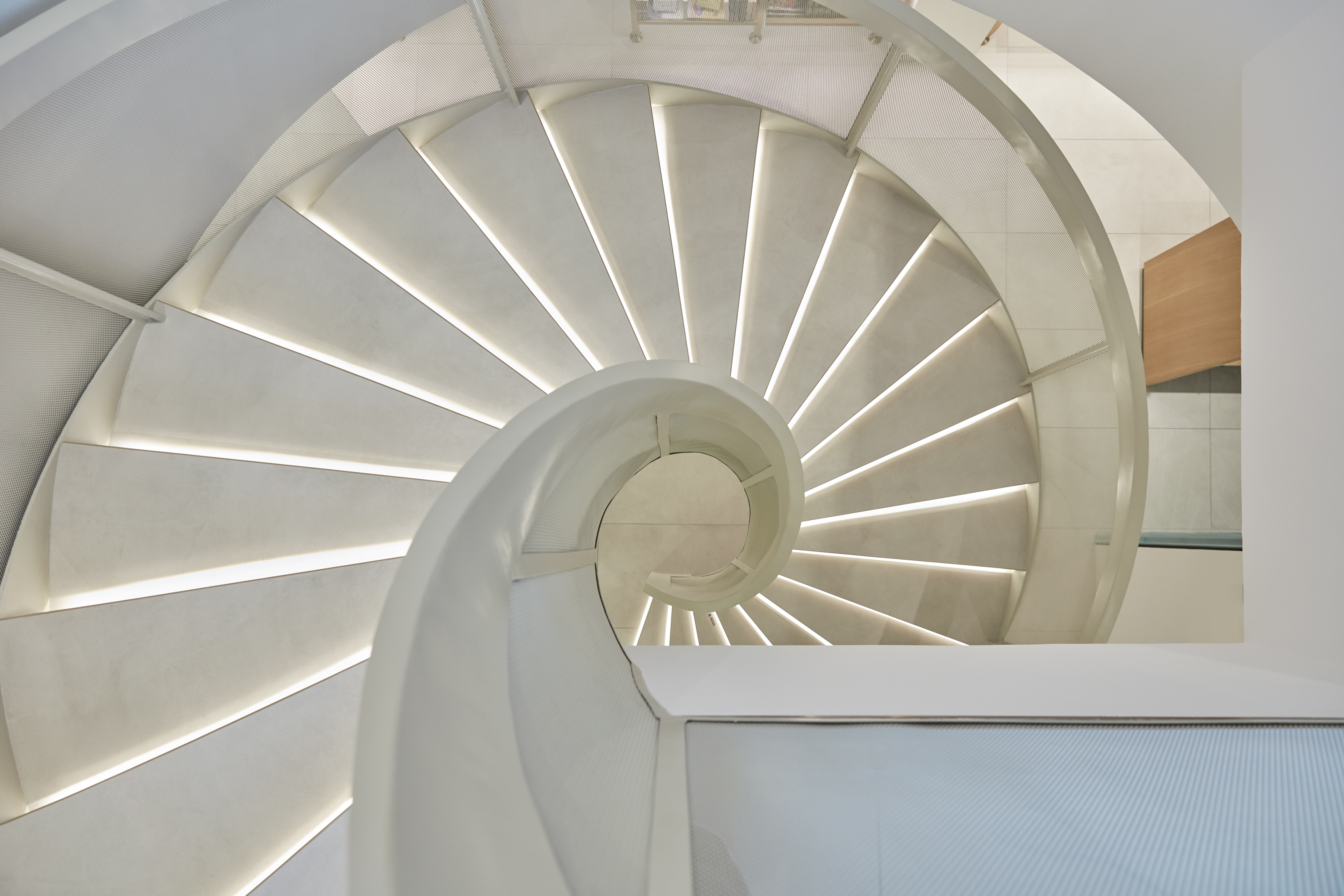 Commenting on the ability of book stores to create a sense of community, he said: “The industry has been incessantly proclaiming “the end of bookstores” for years now, however, this is not entirely true. Book-buying behaviour is not just a function of book prices and inventory size but also the experience of discovering and purchasing itself. “The client believed that there is still a place for independent bookstores today, and requested to design a space appealing to multi-generational readers. A book store is more than the sum of its stocked shelves. They are without a doubt not only highly useful in the community, but also contribute to the flowering of culture and literacy.”