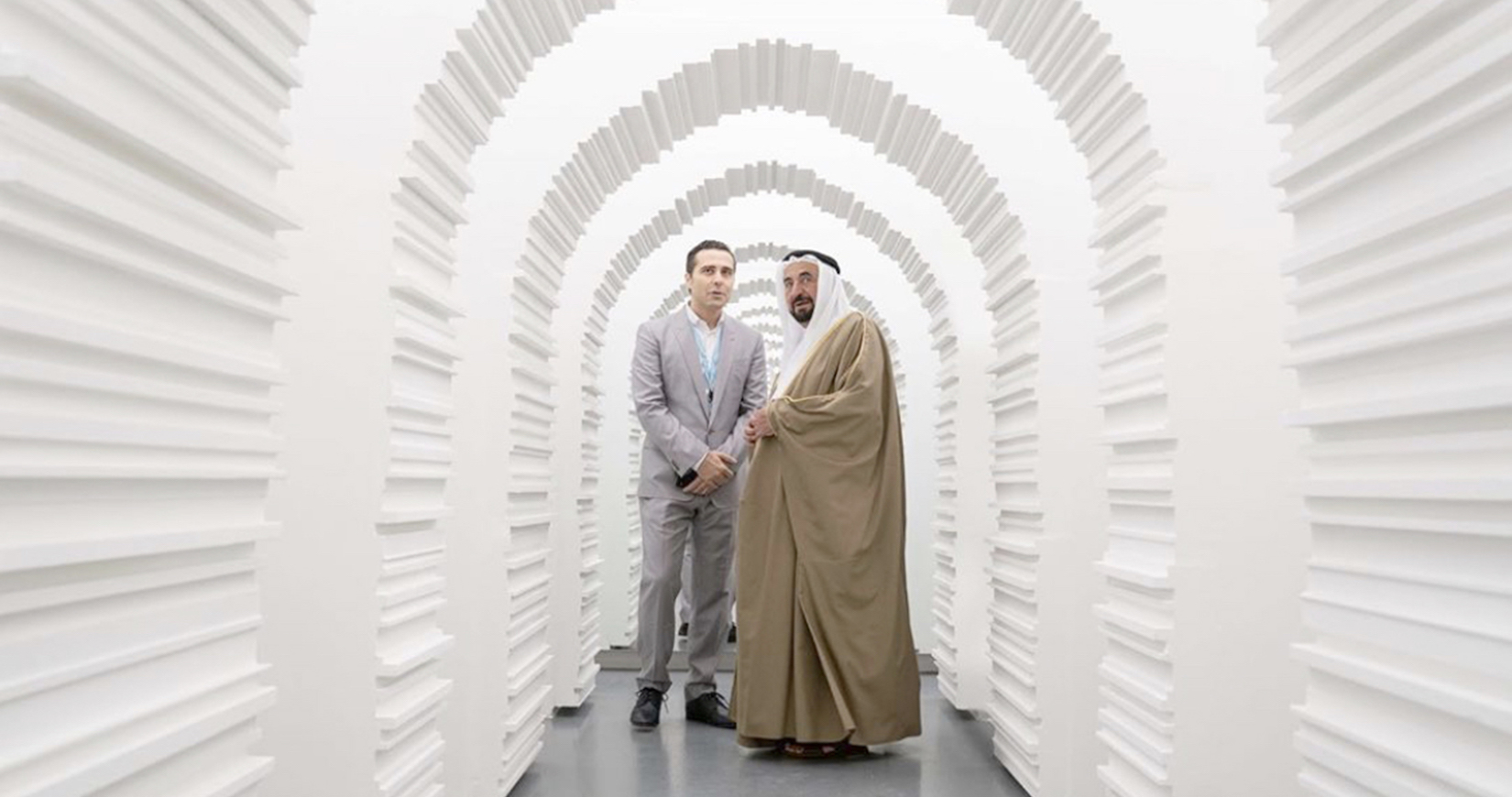 INFINITUM, an immersive art installation at the Sharjah Art Museum, opened recently as part of the Islamic Arts Festival 2019/20.

Designed by New York-based Italian architect and designer Antonio Pio Saracino, the installation takes its inspiration from arches – a symbol for many cultures and something often seen as a metaphor for the departure from the familiar, representing a universal prospect and a portal to an unknown but bright future. 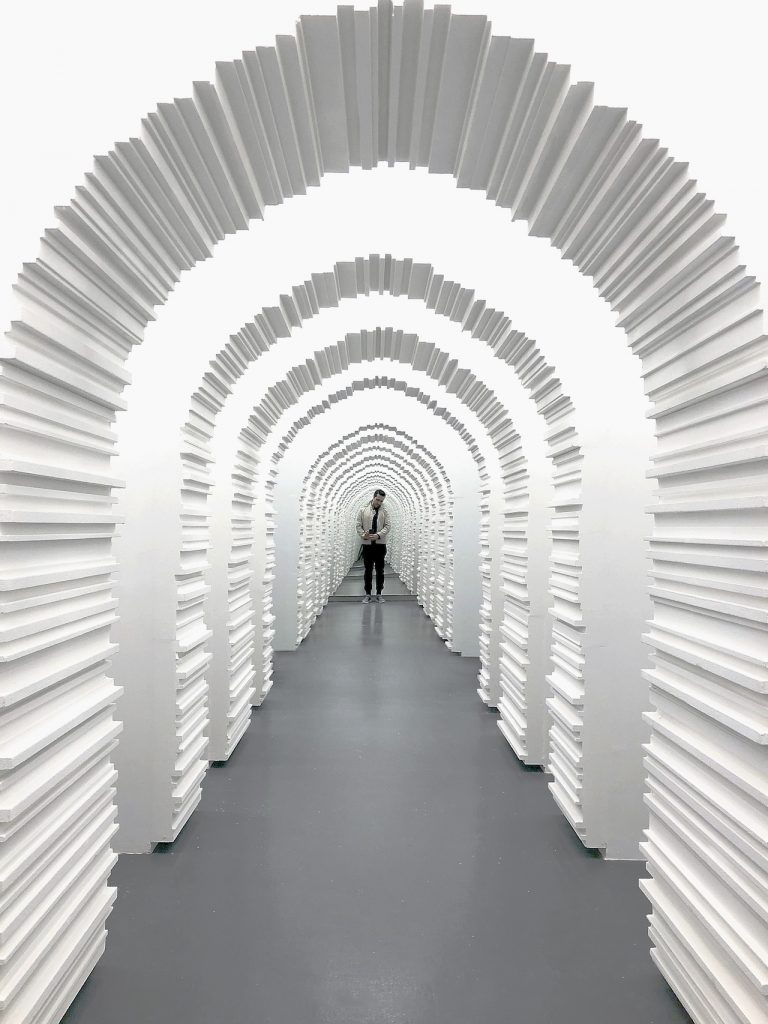 INFINITUM is a stunning piece of work that makes reference to centuries of human civilisation, the creation of prospective in social spaces and the openness to the possibilities of human life. It is described as “a place open to exploration and limitless optimism for the future. It prompts contemplation, essence, purpose, and venturing a passage towards visual realms of prospective and directionality that has suggested the creation of Islamic and human civilisation.”

Antonio Pio Saracino, the installation’s creator, is an internationally acclaimed Italian architect and designer, who designs buildings, monuments and products. Several of his designs are part of the permanent collections of the Centre Pompidou, Paris, the Brooklyn Museum and the Museum of Art and Design, New York, the Los Angeles County Museum of Art, Los Angeles and the Museum of Applied Arts and Sciences, Sydney.

Saracino has received two American Architecture Awards from the Chicago Museum of Architecture. His work was selected as part of the Italian Pavilion in the world for the 54th Venice Biennale. He is a four-time winner of Interior Design‘s Future Furniture design award, was named one of the world’s 25 Most Interesting Trendsetters by ARTnews and was recognised as one of the Top Ten Italian Architects by New Italian Blood. His design work has been featured in prominent international publications, such as The New York Times, The Wall Street Journal, Interior Design, Architectural Digest, Vanity Fair and Vogue. 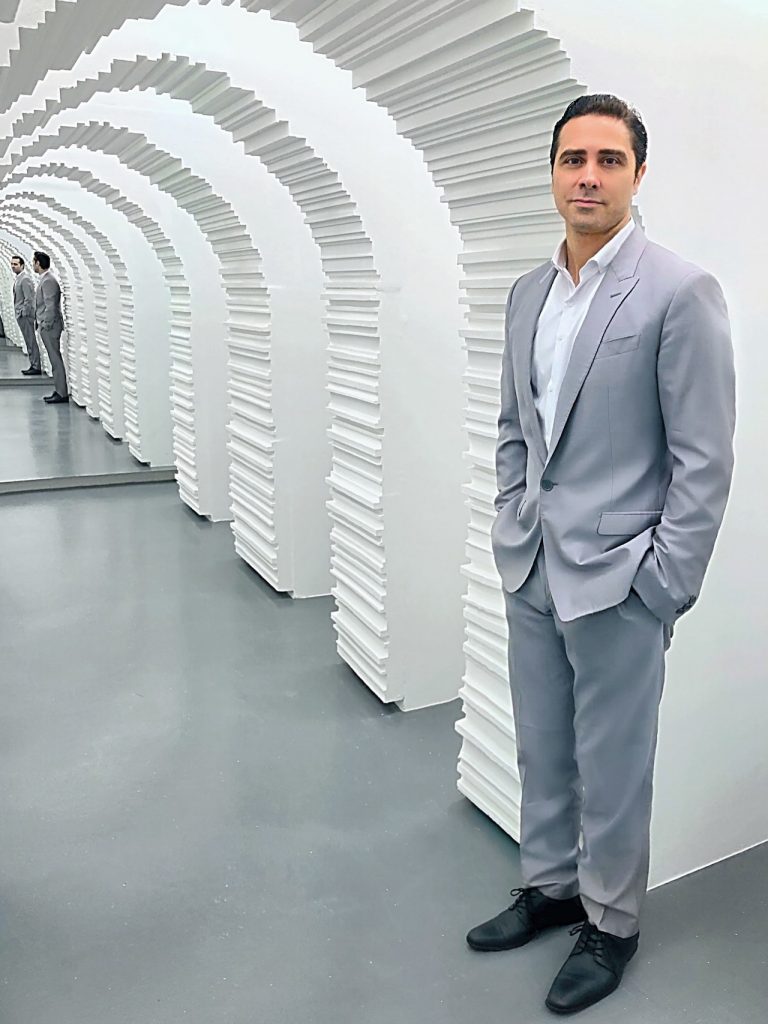