HomeDesignDoes the cancellation of design fairs due to COVID-19 present a chance to rethink old habits?
DesignFeatured

Does the cancellation of design fairs due to COVID-19 present a chance to rethink old habits?

Fair directors and designers weigh in on the effects on the design industry. 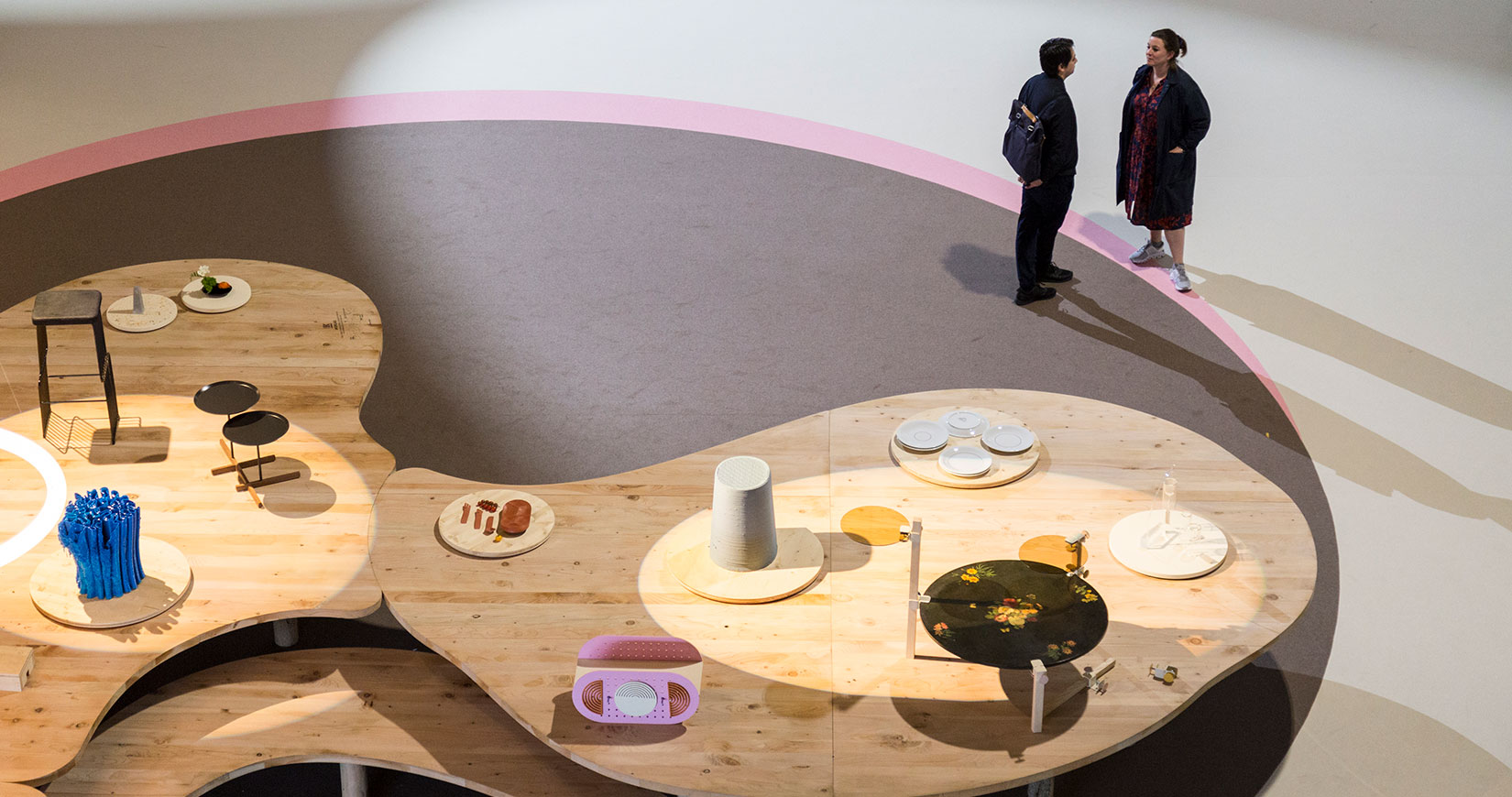 Recent months have seen a mass cancellation of international design fairs and events, with many finding their normally brimming spring calendars unusually empty. While the COVID-19 pandemic surges on in most parts of the world, some are beginning to slowly lift restrictions, while attempting to recover from a huge hit on the world economy.

Similar struggles can be observed across the design industry where international design fairs such as Salone del Mobile.Milano play a major role in connecting the larger design ecosystem – an opportunity that was lost this year due to the event’s cancellation in light of the pandemic.

“By suspending the 2020 edition of Salone, we’ve missed a very important occasion not only as a business opportunity but also as a moment for coming together and meeting with businesses, designers, collectors and design connoisseurs,” says Salone del Mobile president Claudio Luti, who is also CEO of the contemporary Italian furniture brand, Kartell.

Rue Kothari, director of Dubai-based fair Downtown Design adds that although design fairs remain largely traditional in their format, they have always played a key role in the industry’s ecosystem as platforms to build relationships, collaborate and discover new ideas, while personally interacting with the design on show.

“Aside from leaving our schedules looking decidedly blank, this situation has had a significant impact on brands who often plan their selling cycles around these exhibitions, she says. Many would have invested heavily on the innovation and development of new products and materials, specifically to launch at international platforms like Salone del Mobile.

“While individual designers often work all-year-round to ensure they have new designs to showcase at their local or regional shows; now, without the opportunity to expose their work, interface with buyers and gain crucial real-time feedback, brands and designers have had to look to new ways of getting their products out there. And while digital has been the ‘catch-all’ approach for many, it still doesn’t replace the experience and benefits of interacting with products and people in the real world.”

In reality, industry services and creative activities never stopped. Designers continue to create new solutions and concepts, with many researching novel ways for different areas of life to continue within a safer and more health-conscious reality. Yet, even with the continued workflow, the shutdown of production has had a strong impact on manufacturers and brands alike, with small businesses – which are important links within the overall supply chain – feeling sorely tried by the long lockdowns and lack of orders.

Another demographic who have been impacted are young designers, who use these fairs as platforms to introduce their work to manufacturers by forming new relationships that could kick-start their careers within the field.

Marva Griffin, founder and curator of SaloneSatellite – the exhibition that showcases works by young designers within Salone del Mobile – comments that while cancelling the fair this year is unfortunate, the exhibition is gearing up for an even bigger show in 2021, inviting back all the selected young designers from this year’s cycle.

“The theme, ‘Designing For Our Future Selves’ will remain the same because, now more than ever, it is important to create a design that is useful after this terrible experience that we all have lived through,” she says, adding that a show like SaloneSatellite is vital to young designers, as most manufacturers remain on-site during the course of the fair and have a higher chance at being discovered than those exhibiting outside the fair grounds.

“Young designers want to showcase their creativity, and this has been the success of SaloneSatellite. Every year, the producers who attend Salone del Mobile.Milano visit the SaloneSatellite pavilion to talk, choose and initiate relationships with young designers,” she says.

Interestingly, it is young designers who are calling out for changes to be made to the existing cycle of design fairs and product launches, commenting that recent events have created an opportunity to address problems in the design industry that have long remained unsolved.

“The past four months have led to a lot of thinking on my part about this industry and how off-track it has gotten over the years,” shares American designer, Brad Ascalon, who has designed collections for brands such as Carl Hansen & Son and Skandiform.

“The cancellations of fairs this year, while unfortunate due to the tragic pandemic, has been a blessing in disguise. Many designers have been whispering behind closed doors for years that we have too many fairs each year, in too many cities, with too many new products and certainly without any semblance of sustained attention to those products once they are unveiled to the public. 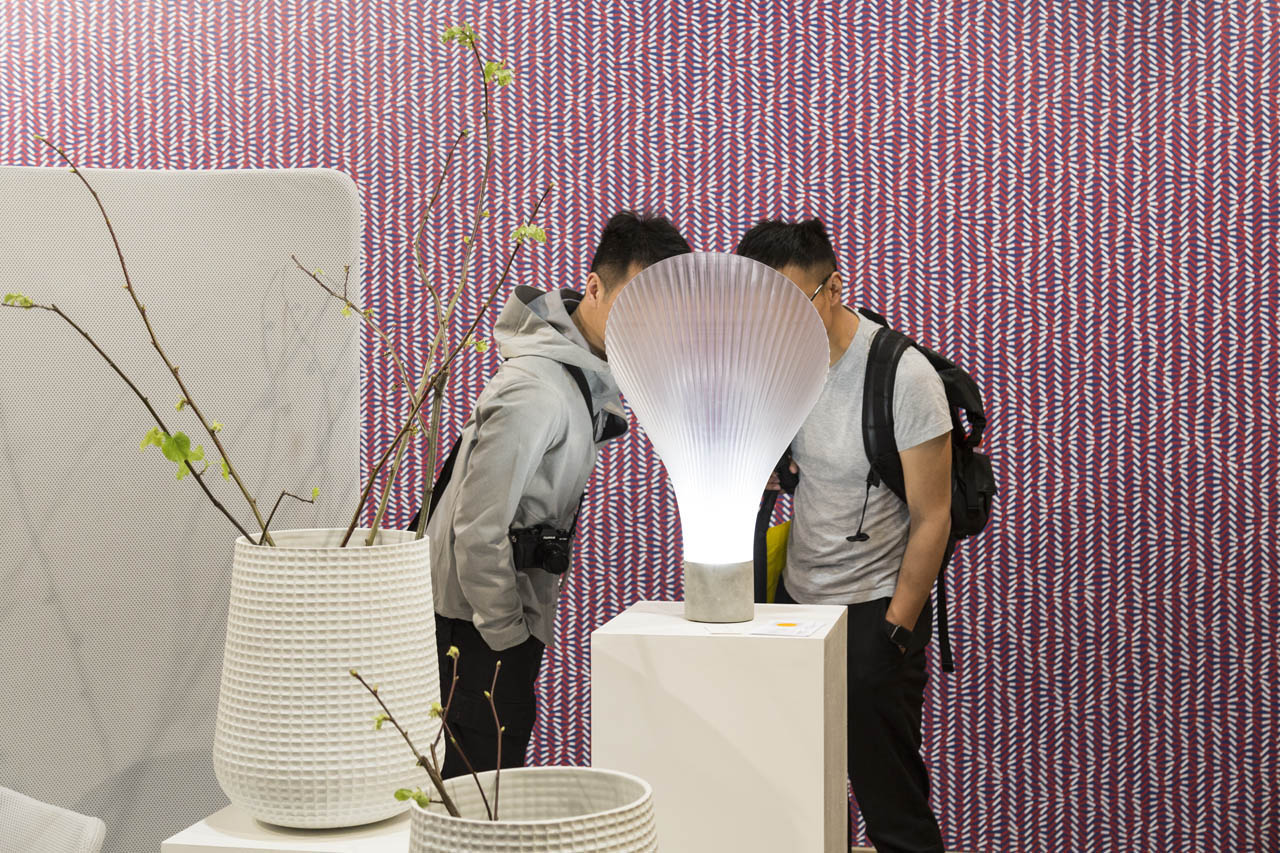 “So many designers work tirelessly to develop products in the right way and over the span of years, while all that the media and design audiences care about is what is new. There is a huge disconnect between what we do, the efforts we make to do it, and what comes of it in terms of the attention our work is granted. Perhaps this pause in what was, until now normal, can show us that there’s a more sustainable way in which the industry can operate, a way that nurtures and markets the hard work beyond a single launch cycle.”

Dubai-based designer Ammar Kalo, on the other hand, notes the heavy toll design fairs have on the environment: “There’s a ton of material waste as a product of fairs and exhibitions, which also comes at a huge financial expense that’s currently justified as marketing and PR budget. After this crisis, the industry as a whole must reckon with these facts and optimise the best the way to deliver and showcase products without the huge amounts of waste associated. Perhaps a move to digital platforms and creation of new relevant technology would rebalance things in the years to come.”

A move towards digital platforms can already be observed with some design fairs such as Maison & Objet and Isola Design District launching digitally. Similarly, many brands and designers have also taken to digitally launching new products while keeping communications alive within the industry during a time of physical disconnection. There has also been a surge in online sales, with e-commerce playing a more important role in design sales and perhaps one that will remain a preferred choice over the years, mimicking sales trends across the fashion industry.

Despite the rise in digital performance, Luti still believes that design is a visceral experience, and annual fairs offer something a digital model never can.

Ascalon, on the other hand, comments that if the design industry isn’t already using this opportunity to rethink its strategies, then it should be. 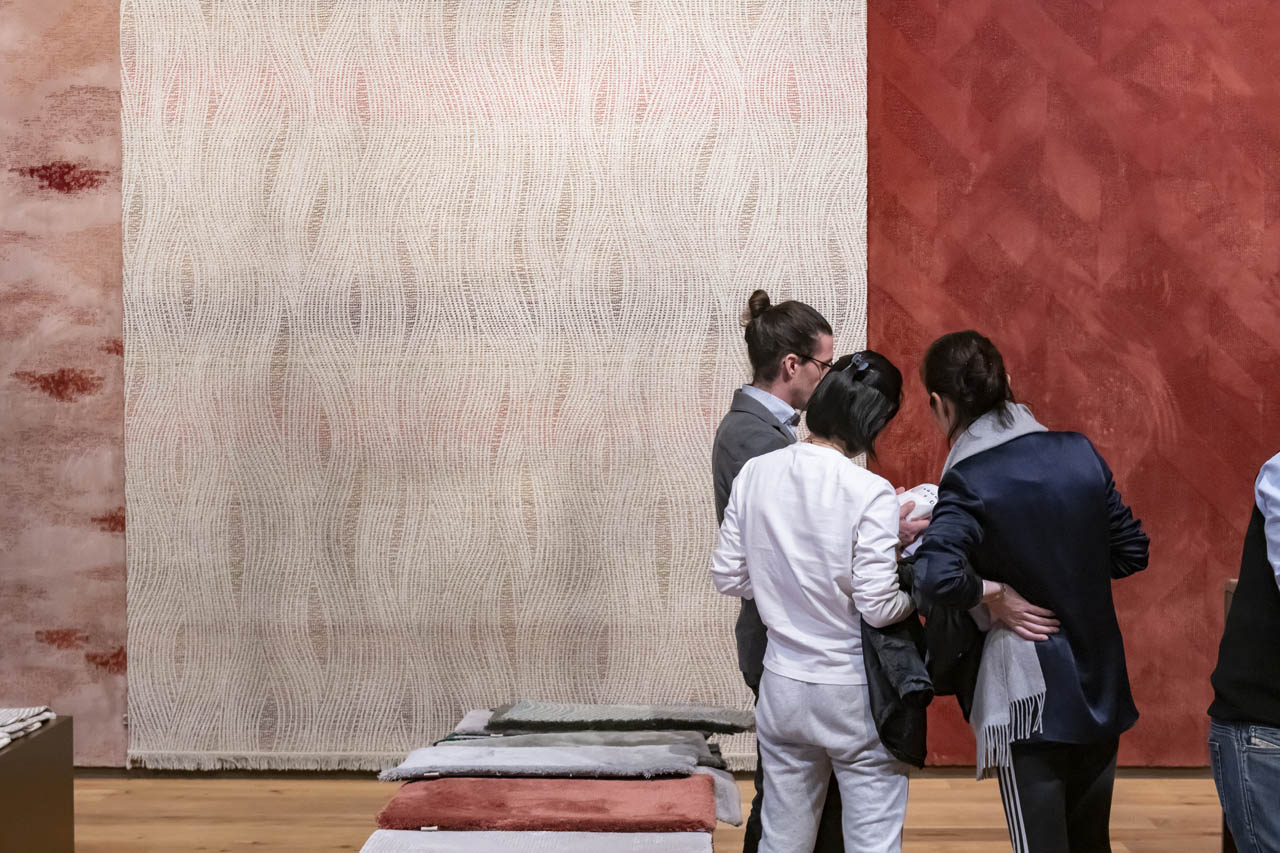 “Design should not be celebrated simply because of who designed it, or simply because it’s new. Newer isn’t better. It’s only newer. We don’t need newer every single year in Cologne, Paris, Milan, NYC, Chicago and London, not to mention the dozens of other cities in which products are introduced annually. But we do need better. If we have to wait every two or three years for better ideas and not just more eye candy, that’s an idea we should all embrace enthusiastically,” he says, likening the existing design launch cycle to that of the fashion industry, where trends, forms and aesthetics take precedent over necessary solutions.

“Until we start pointing this truth out, things will not change. So, it is up to responsible designers and manufacturers to chase a higher standard, not merely a bigger paycheck.” 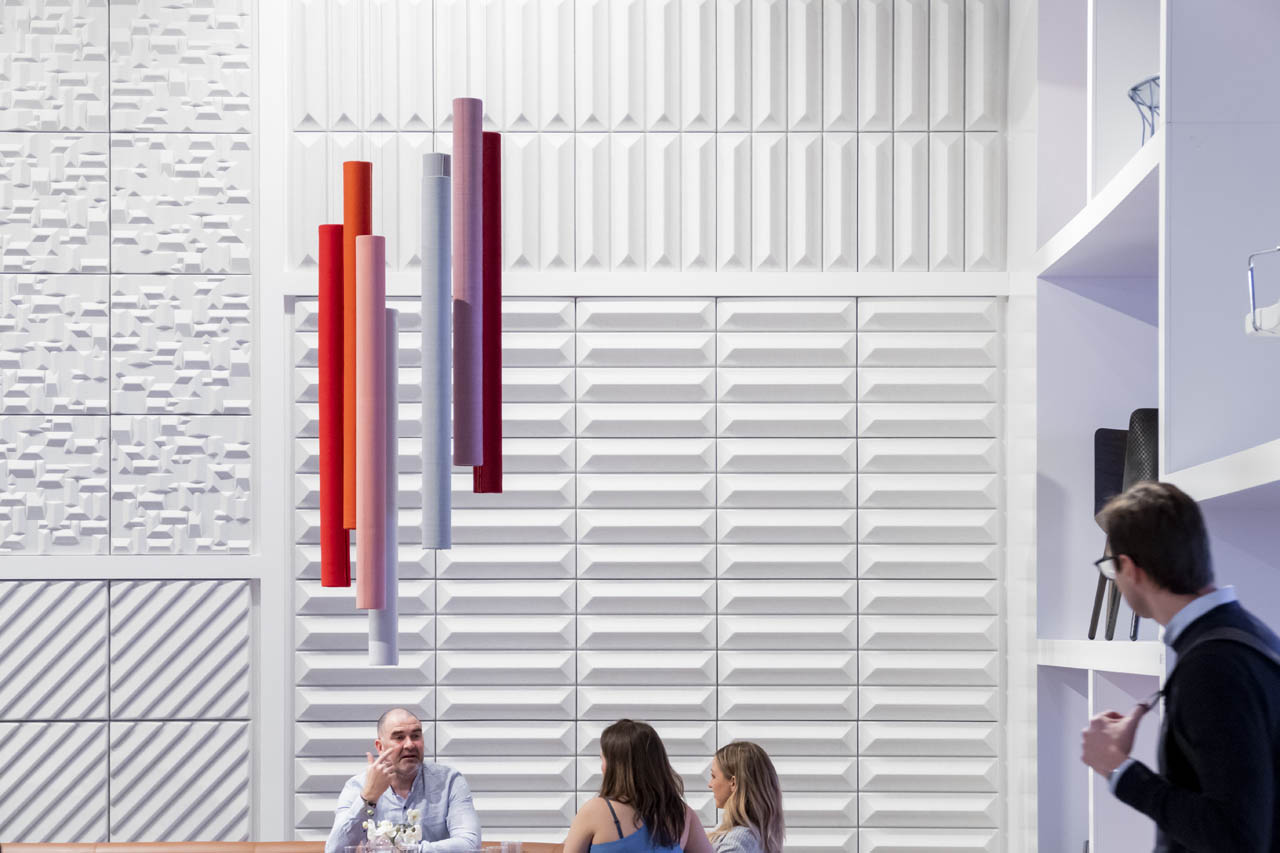 Both Ascalon and Kalo believe designers and fairs can come together to create an alternative solution that can be beneficial to all.

“Several other industries have gone through the pains of adapting to ever-changing global technology and socio-economic climate, and it’s only logical that we do the same as designers. There is a ton of potential to access new markets, wider audiences, and present new kinds of work,” Kalo says.

Ascalon agrees. “The industry is filled with brilliant people. But it will take disciplined and purposeful conversations between manufacturers, designers and fair organisers to get us to a place where we’re not just doing less bad, but we’re actually doing good.”