The guesthouse blends into the mountainous landscape of Bhamdoun 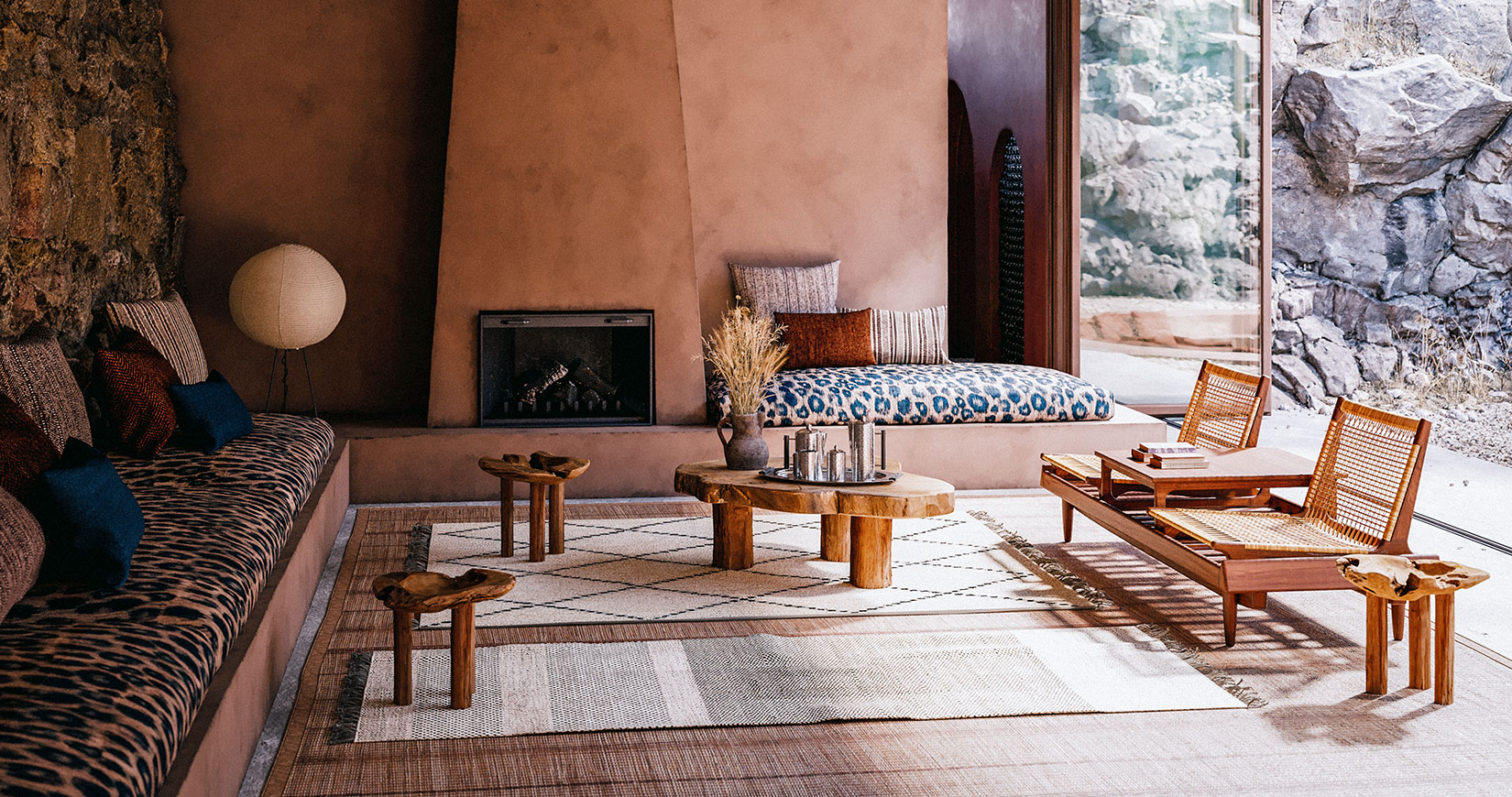 In the heritage-rich town of Bhamdoun, a 23-kilometre drive southeast from Beirut, the recently completed Cana Guesthouse by Lebanese architect and musician Carl Gerges offers an unconventional example of residential architecture in Mount Lebanon. Dotted with Swiss-style chalets, Mount Lebanon’s built environment features an abundance of multi-storey apartment buildings and pointed, red-roofed villas clinging to terraced cliffs. Yet, here, in Gerges’ latest project, the 250-square metre accommodation does not rise, nor does it cling. Instead, it emerges quietly from the age-old rock formations that have long weathered the test of time, and that give way to fertile winelands.

Blending into the landscape, the guesthouse manages a rare balance: it bears minimal impact on its surroundings, but dialogues with them greatly. Built from yellow and grey limestone sourced directly from the site and chosen by Gerges himself, the building’s exterior form is an extension of the mountains that frame it. Built with the help of a local artisan and his two sons, the two-level building (it features an underground cellar) is rectangular in shape and features floor-to-ceiling glass openings that draw in the crisp air, fresh light and views of the adjacent rock. 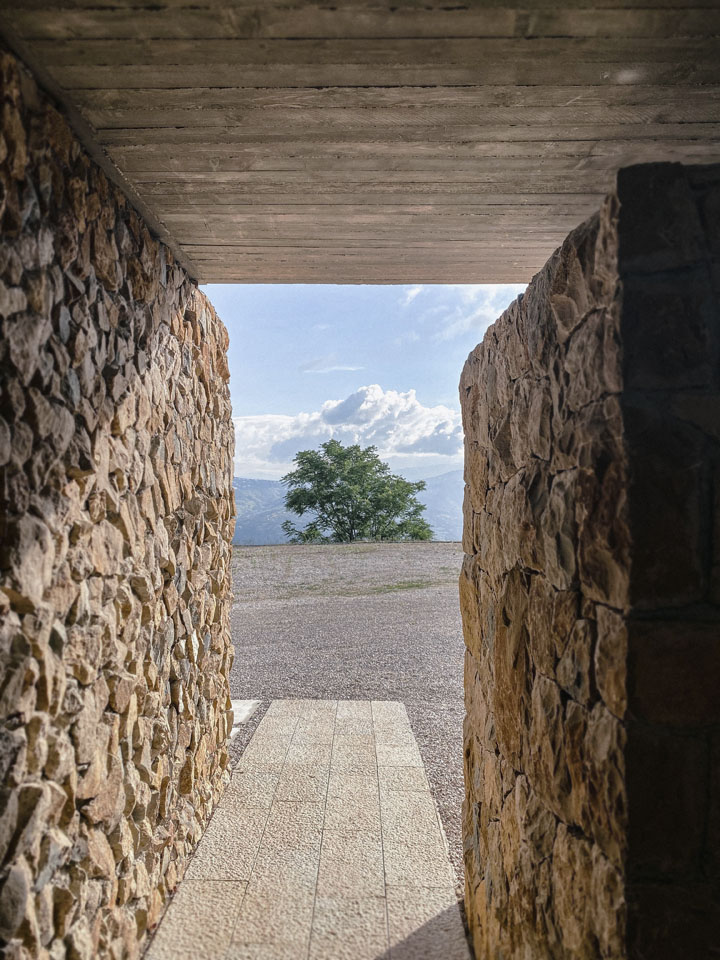 “I usually like to work with constraints,” says Gerges. “I don’t like working on a site where everything is open and easy. So here, the exercise was to work with the rocks and with the available resources, and to get as close to the rocks as possible. And, conceptually, the only view that you have, and the only light source, is through the rocks. In Lebanon, the rocks are a source of value – they are the main source for construction, and since the port blast, it is really expensive to import materials. These were the main reasons behind the material selection.” 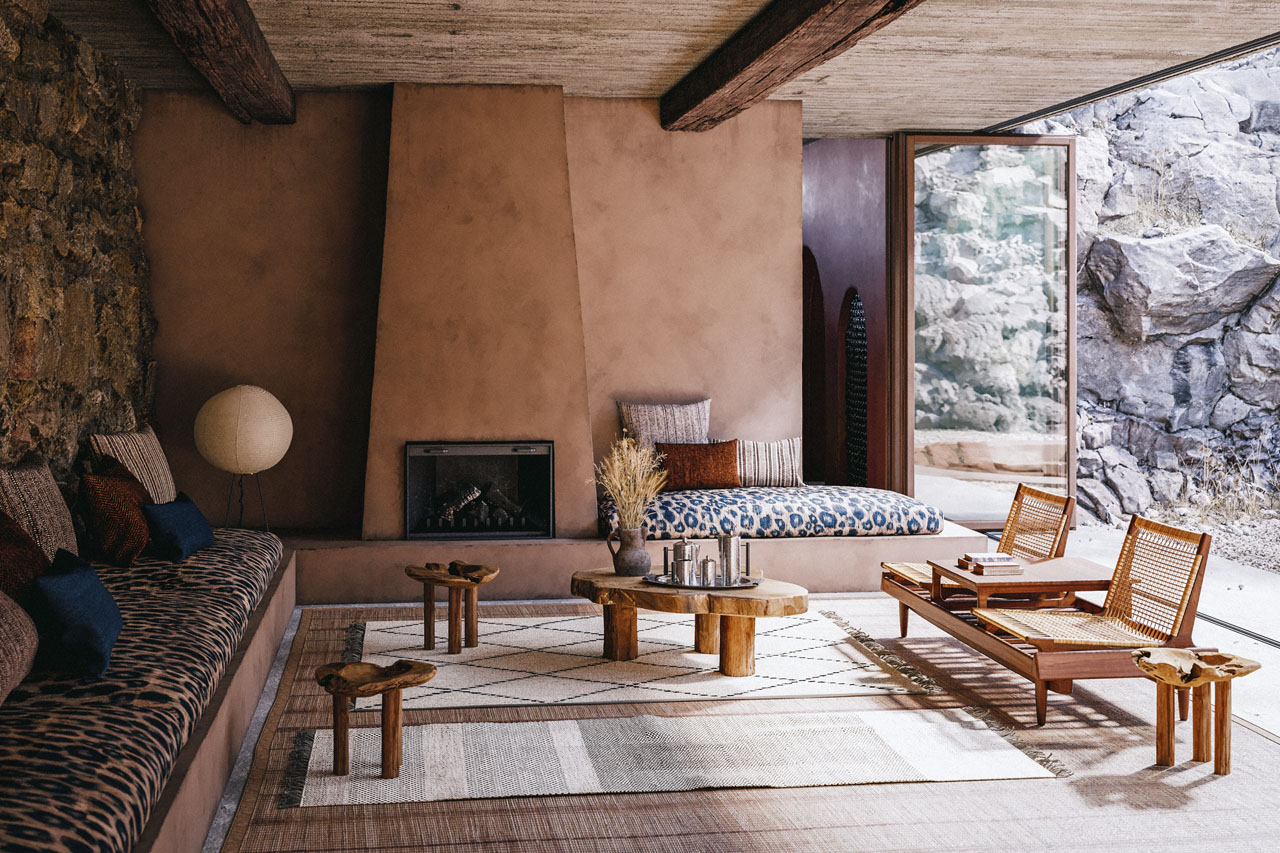 The guesthouse consists of a dining area and kitchen, seating area (equipped with a fireplace), bedroom and washroom, as well as a sunken firepit and wine cellar. The interiors feature earth-toned tadelakt walls (with finishes from nude peach to eucalyptus green), cast-in-place concrete ceilings and reclaimed timber beams. Throughout, a mix of custom-made furnishings, collectible items from Morocco and Lebanon, and vintage Scandinavian wooden elements create a refined aesthetic that is both simple and varied. 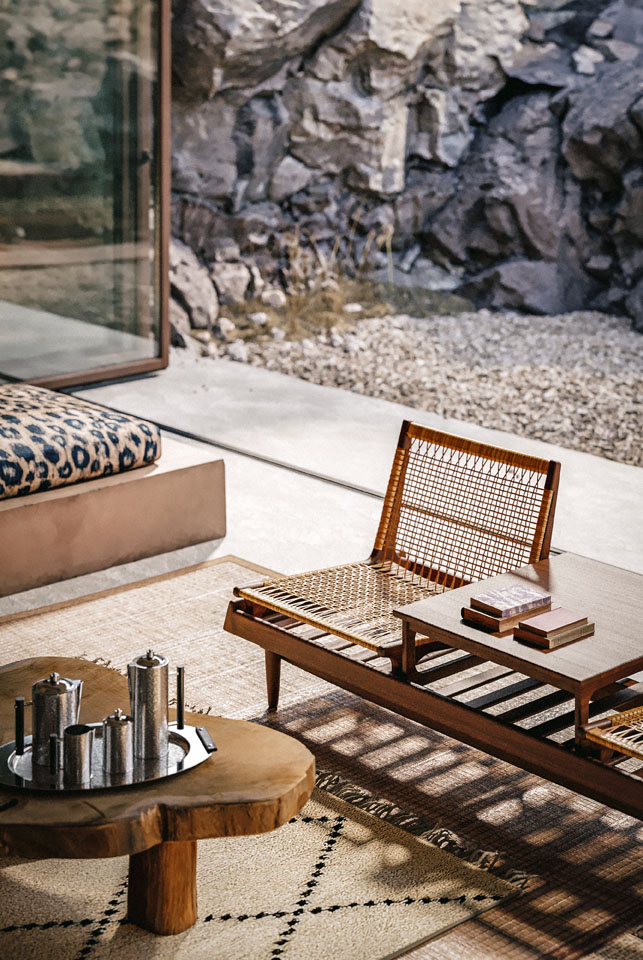 Throughout Gerges’ projects, materials that age gracefully are often the protagonists of the story, and typically include marble and tadelakt, a plaster technique from Morocco. Applied to the Cana Guesthouse, tadelakt surfaces mark the bedroom, kitchen and bathroom. Although originally meant to be used inside hammams due to its resistance to humidity, the plaster is versatile, Gerges says. 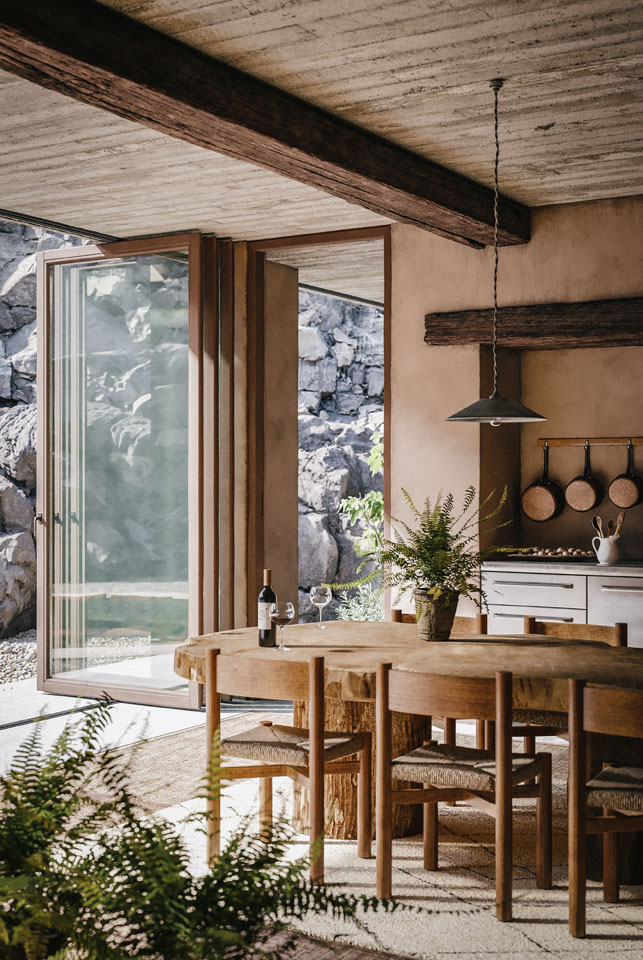 The warm and inviting interiors are perhaps an unexpected shift in spatial character from the hardness of the exterior shell, but uniting them is a particular rawness that feels natural, simple and not overly orchestrated. 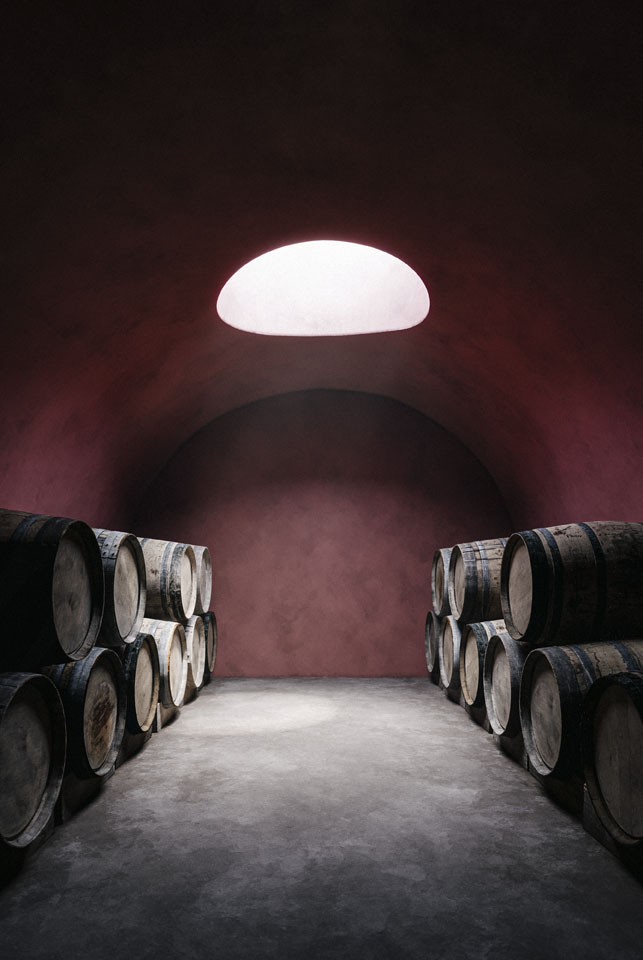 “The design is so archaic,” says Gerges. “I didn’t invent anything. It’s super basic and very straightforward. I didn’t want to go out of my way to make a statement. And for the artisan, it was natural. He saw the sketches and immediately understood what he was being asked to do. But the challenge here was to work with the light and the different angles to frame the views, as well as to actually carve all the different spaces inside this area.” 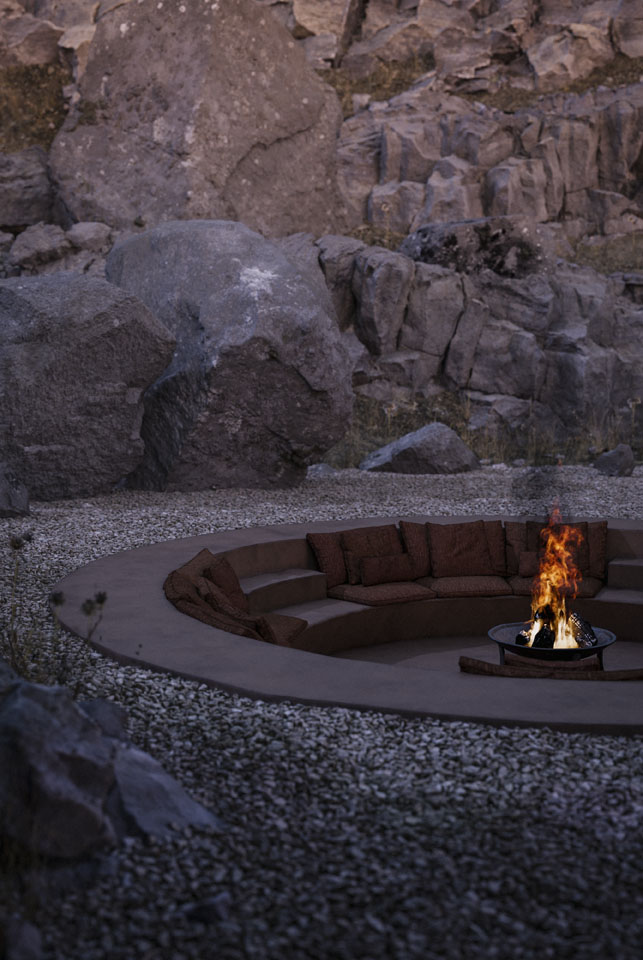 Gerges’ favourite part of the project is the fire pit, which is placed just opposite the seating area. Sunk below ground level, the space is an outdoor nook that complements the grandeur of the mountainscape. “When you’re sitting there at night and you see the silhouettes of the rocks, it’s intimidating,” he said. “You feel as though the rocks are much bigger than you are.” 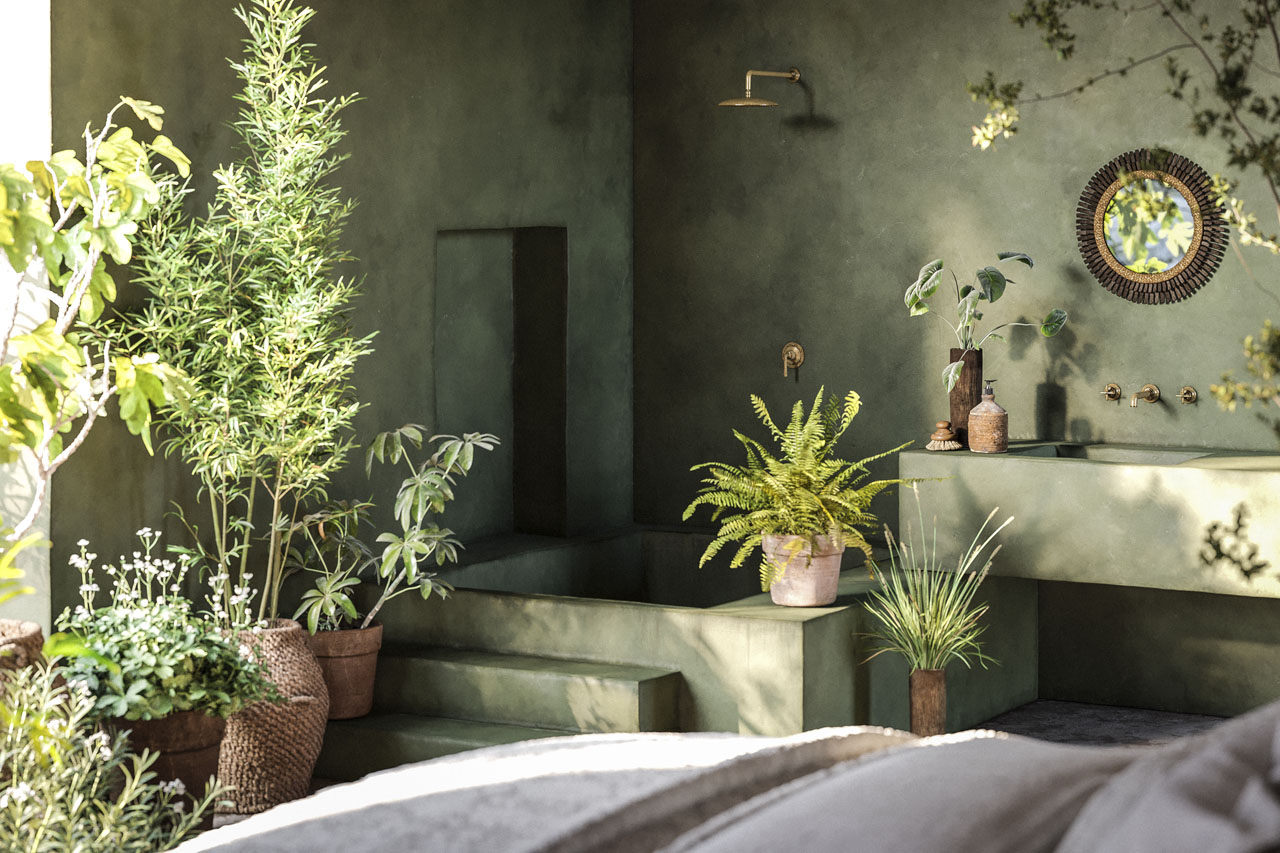 The Cana Guesthouse is the first of a series of accommodations that will welcome guests to the surrounding vineyard. With another four in progress, all to be positioned in different ways so as to offer a variety of experiences, Gerges hopes the project can offer more than a place to stay. 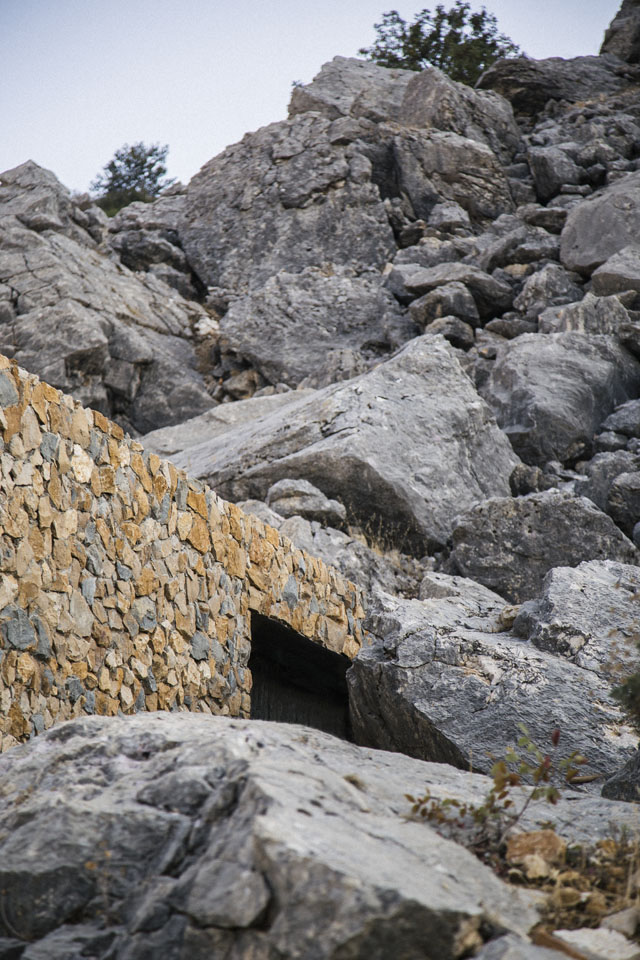 “I hope it also influences the surrounding neighbours,” he says. “In Lebanon, everyone wants to build, and you often see buildings that don’t make sense in their space. I’m a contextualist and I am a fan of nature and history – these are the elements that form the language of my architecture. So in terms of this beautiful landscape and these beautiful mountains, I find that nature has already done most of the work for us.” 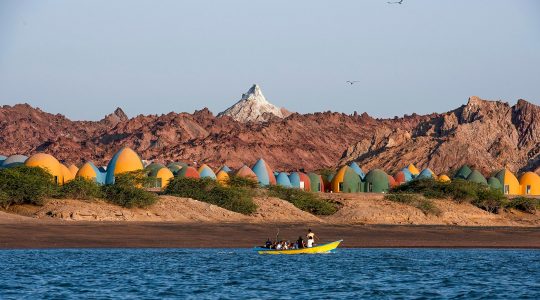 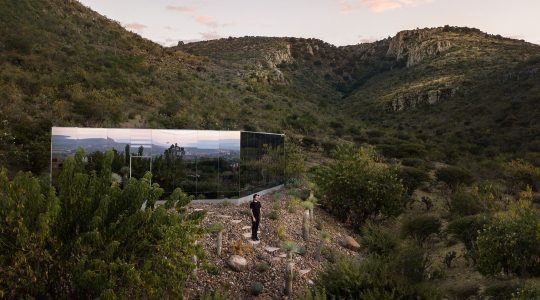 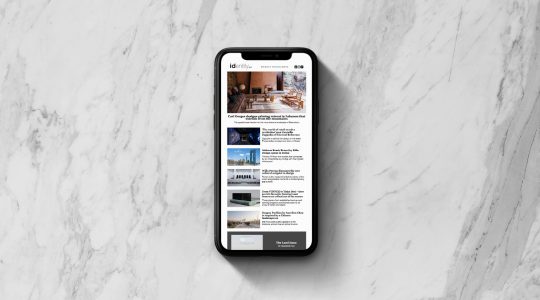 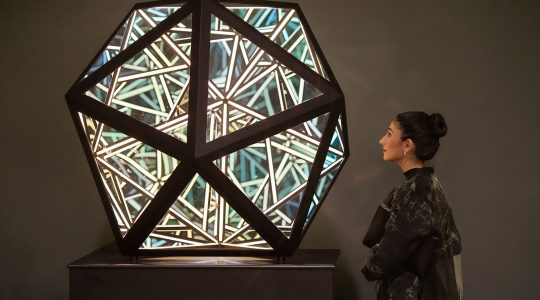 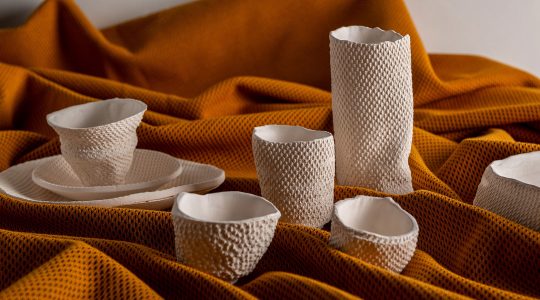 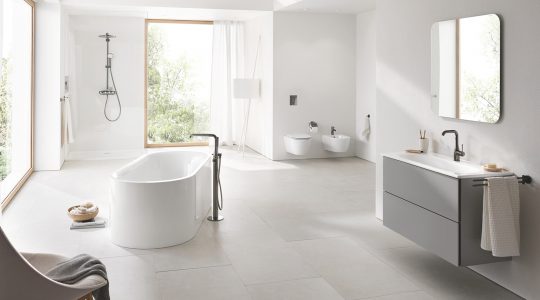