Al Hosn has opened to the public with a week of celebrations. 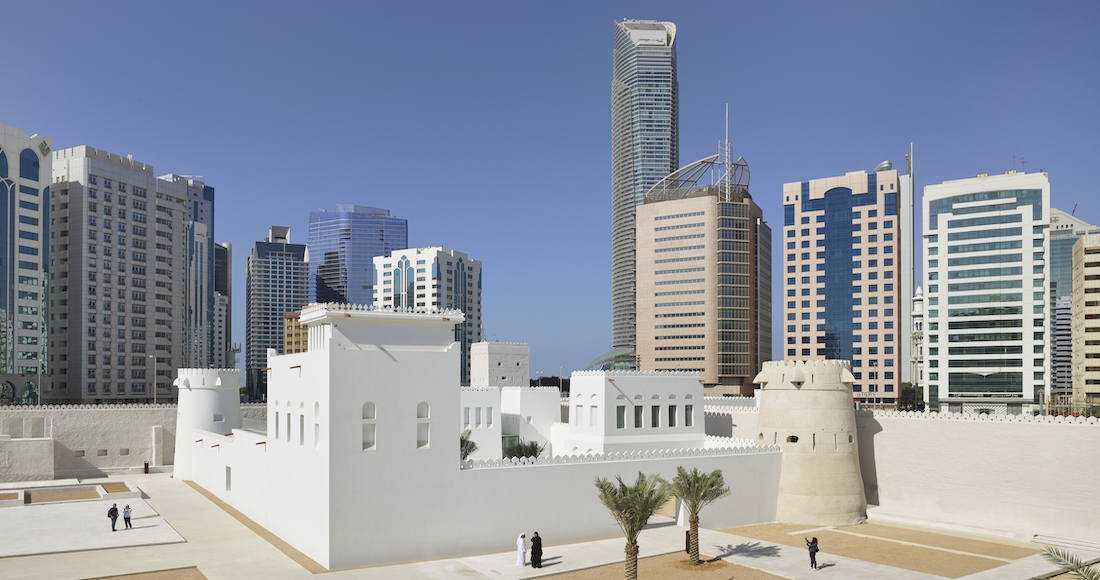 id is thrilled to announce the public opening of Al Hosn, Abu Dhabi’s original urban block, comprising four interrelated components: the historic Qasr Al Hosn Fort, the National Consultative Council building the Cultural Foundation, and the House of Artisans. The official launch today is a celebration of the emirate’s rich history and culture, with a week of public events and programmes to mark the occasion.

Qasr Al Hosn is the oldest and most significant heritage site in Abu Dhabi city, encompassing two iconic buildings: The Inner Fort, which was built around 1795, to protect the settlement of Abu Dhabi established on the island in the 1760s, and he Outer Palace, built in the 1940s. A witness to Abu Dhabi’s vibrant history, over the past two centuries, it has previously been home to the ruling family, the seat of government, the consultative council and the national archives.

Now transformed into a national monument following several years of rigorous and ambitious conservation works, Qasr Al Hosn is a monument that traces the city’s development from a settlement reliant on fishing and pearling in the 18th Century, to a modern, global metropolis. Visitors may also visit the historic National Consultative Council building, site of the early discussions and negotiations on the unification of the emirates.

The Inner Fort exhibition traces the story of Qasr Al Hosn and the many historic events it has witnessed, exploring the settlement of Abu Dhabi island, everyday life in the Fort and showing how this historic landmark was once both a ruling family home and a busy administrative centre. The Outer Palace was constructed by Sheikh Shakhbut bin Sultan Al Nahyan in the 1940s. The rooms display the stories of the people who lived in the Palace and their everyday lives. Visitors will explore the personal quarters of Sheikh Shakhbut bin Sultan Al Nahyan, or part in the Ruler’s Majlis. Films, interactive displays and oral histories bring these stories to life, together with original artefacts and treasures from the past.

The newly renovated premises of the Cultural Foundation will host a diverse programme in its new Visual Arts Centre, including a landmark inaugural exhibition focusing on the building’s history as a beacon for UAE artists. The Cultural Foundation will re-open in phases with 7 December allowing access to the Visual Arts Centre, which in addition to the exhibition halls will feature workshops and art studios. The two remaining components – a 900-seat theatre and the first Children’s Library of its kind – will open in 2019.

Located on Al Hosn e alongside Qasr Al Hosn and the Cultural Foundation, the House of Artisans is an initiative dedicated to the safeguarding and promotion of the UAE’s intangible heritage. Exhibitions, workshops and training courses focusing on traditional Emirati handicrafts such as Al-Sadu (weaving), Khoos (palm frond braiding) and Talli (embroidery) will enable the all-important transmission of knowledge and skills around these crafts, ensuring their future survival.
The crafts represented in House of Artisans celebrate the creative and artistic relationship between the people of the United Arab Emirates and the locally available natural resources. Within the diverse landscapes of the UAE – from the desert, to the oases, to the coast and sea – artisans have developed skills to meet functional and economic needs. The crafts made through these skills show a deep artistic sensitivity. Shared from generation to generation, this intangible heritage now preserves not only the practical skills but also the shared values associated with Emirati identity.

House of Artisans will serve as a tangible and practical means for preserving and displaying the traditional crafts of the UAE and enabling the all-important transmission of knowledge and skills around these crafts, ensuring their future survival. The opening of the House of Artisans will showcase the traditional handicrafts, and a year-round programme of workshops and training courses that will be offered to the public, bringing these crafts to the heart of contemporary culture.

The Al Hosn site masterplan is divided diagonally into two areas with distinctive identities: the past and present. On one side, the historic Qasr Al Hosn Fort has been reinstated in its original coastal desert, sand plain landscape, while on the other, a modern heritage area with a city grid layout has been created around the Cultural Foundation, celebrating Abu Dhabi’s urbanisation. These concepts merge in the middle of the site, where structures such as the Food & Beverage establishments and the Musallah are inspired by the polygonal-patterned shapes of the dried salt flats, or Sabkha in Arabic, which surround Abu Dhabi between the coast and the inland desert. The planting and landscaping throughout are inspired by the indigenous vegetation in the desert around the emirate. Water has played an extremely important role in the development of Abu Dhabi and is therefore represented as an important and integrated part of the masterplan, with a series of water features running diagonally through the middle of the site, between the two contexts of Traditional and Modern Abu Dhabi.

The opening of Al Hosn site will be marked with a week-long celebration from 7 to 15 December 2018. Free tours, events and musical performances will bring the site’s history to life and offer visitors a glimpse into the story of Abu Dhabi and its people. The opening week programming will include activities exploring Emirati history and culture, from traditional Talli embroidery, rope-making and khoos weaving to learning about how the first fishing nets were cast and made, fish salted, and oysters opened.

For details about the exciting opening events please visit www.alhosn.ae