Dubai's clock tower is one of the emirate's oldest architectural landmarks 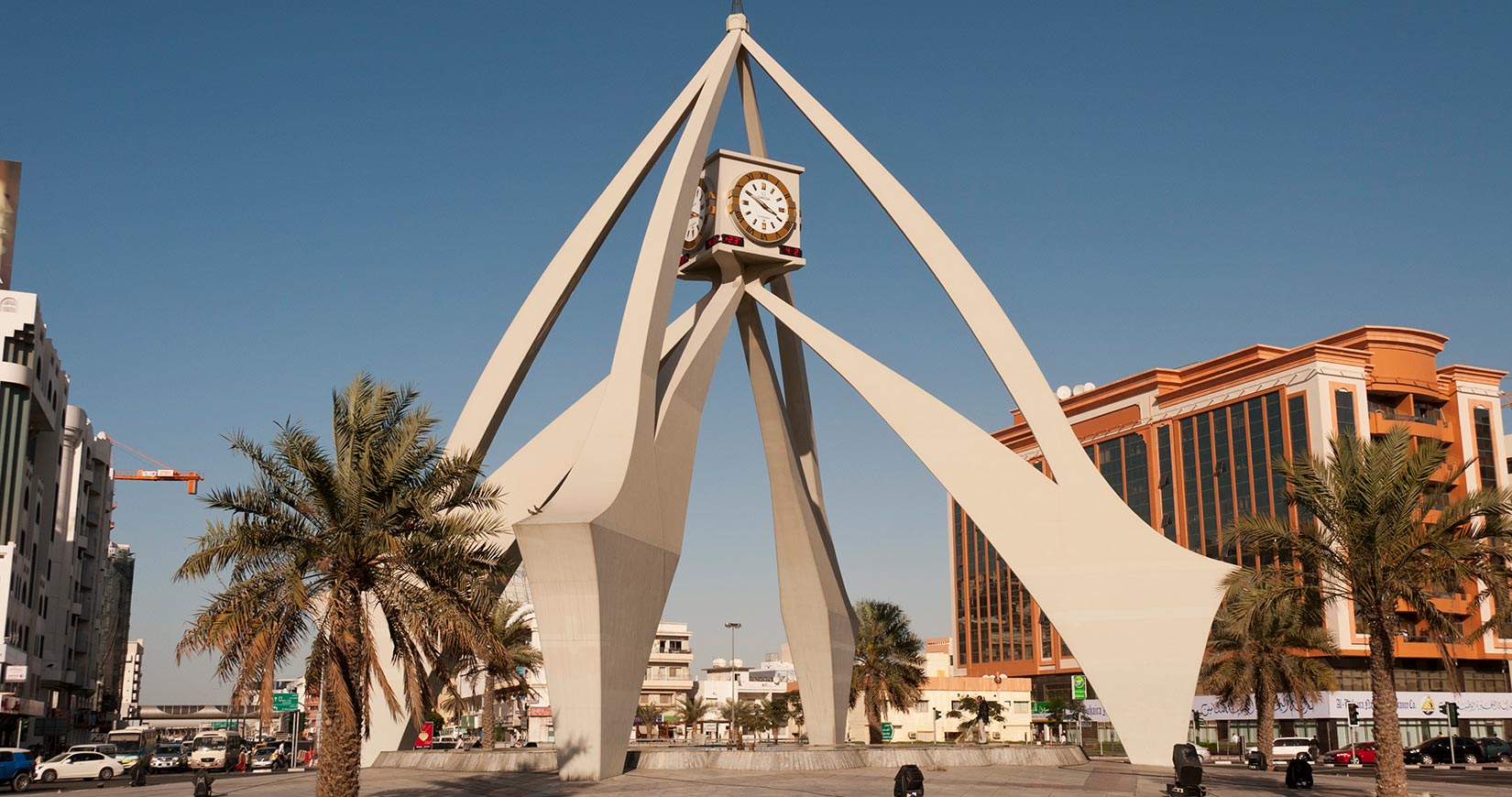 Built in the early 1960s, the Clock Tower is one of the UAE’s oldest architectural landmarks. This iconic structure once sat at the crossroads of all traffic going between Deira and Dubai.

According to newspaper reports, the idea and concept sketch for the landmark came from Otto Bulard of AST, who was involved with the construction of Zabeel Palace.

The charm of the simple arched structure, also known as Deira Clock Tower, lies in its purity and simplicity.

Made from concrete and unembellished with unnecessary decoration, the tower performed multiple tasks. It indicated the time, aided traffic flow and also served as a functional landmark. The design incorporates flowing arches, which converge together to hold the clock, while not obstructing the view of traffic circulating around the roundabout. A basic water fountain was included at the base of the structure.

The clock at the centre of the concrete structure is said to have been a gift to the late Sheikh Rashid Bin Saeed Al Maktoum (1912-1990) – the visionary and wise Dubai Ruler and UAE Vice-President.

It’s reported that just over two dozen construction workers mixed the concrete by hand and built the arched monument in under a year. Unfortunately, as they used unwashed salty beach sand, the structure soon suffered from severe corrosion and had to undergo a major rebuild in the 1970s to restore it to its original strength and beauty. The four clock faces have been replaced, and the structure has been fitted with high-tech GPS sensors.

Dubai is to protect its ‘Modern Heritage’ buildings built in the 1970s and ‘80s – including the Clock Tower and the World Trade Centre (now known as Burj Rashid) – that contribute to the city’s modern shape. The move is part of the concept of preserving the contemporary heritage of the emirate.

Dubai Municipality is registering the Clock Tower and other old buildings with UNESCO in a bid to obtain World Heritage status for these iconic structures. Dubai Creek was recently granted such status.

A team has been appointed to identify the buildings that represent the city’s ‘modern heritage’ and classify them in line with international architectural and urban standards. The initiative follows the global trend of restoring and preserving cultural heritage.

“Preserving our urban heritage and culture that we have inherited through generations, and the intellectual and creative legacy it has presented to us, is a historical responsibility,” said Dawoud Al Hajri, Director General of Dubai Municipality.

“Modernity is only complete by absorbing history, learning from its lessons, and celebrating what it has given us as evidence that conveys to us a picture of the past that our forefathers and grandfathers lived, and how they made the first beginnings of our modern renaissance,” added Al Hajri.

The design of the Clock Tower was faithful to its era – and is a perfect example of form following function. It has passed the test of time and continues, over fifty years since its unveiling, to be a distinctive, functional and cherished landmark.