Read ‘The Land Issue’ – Note from the editor 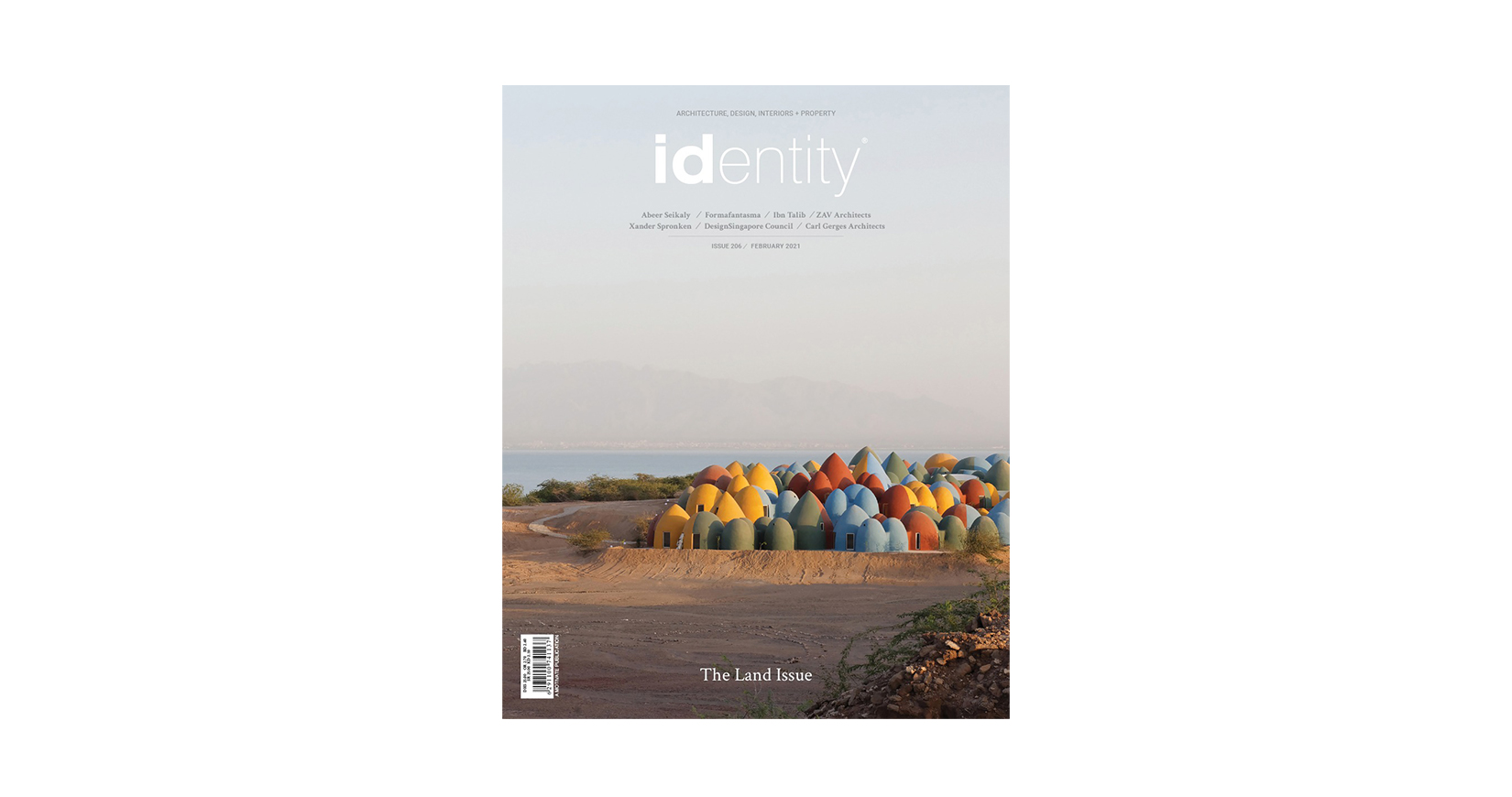 On the cover: Presence in Hormuz by ZAV Architects

The notion of ‘rethinking’ has taken on a more urgent role over the past year or so. Designers and architects are reflecting more openly on the subject and engaging in more critical discussions around what needs to change in the way our built environment is being designed, how we consume products and how these decisions impact the way we live – and, equally, their effects on the environment.

This month’s ‘Land Issue’ sheds light on some of these conversations, be it with regional or international practitioners. Many of these concerns are global and, considering various contexts, universal. Here, the idea of land expands from its literal translation of its physicality to a wider, sometimes metaphorical allusion to the way it relates to communities and other species that inhabit it.

In our interview with Simone Farresin, one of the founders of Netherlands-based design studio Formafantasma, we discuss the reconciliation between contemporary radical design movements and industry, and the ways in which design can shift its stance to holistically contribute to positive change within the discipline and of the environment. Farresin remains positive about this possibility, especially in handing the baton over to younger architects and designers, whom he says express a passionate (and possibly somewhat idealistic) demand for more meaningful contributions from the design discipline.

“It is a very interesting moment for design because I would say that, even for designers who are already in the discipline, we are almost not ready for this level of complexity and engagement. So, there will be a lot of mistakes and a lot of naïveté for some years – but it doesn’t really matter because the discipline will develop according to these needs,” he told me during our Zoom interview.

In other areas of the magazine, we look at the notion of ‘repair’ – a tradition that has become lost but, interestingly enough, one that was raised across several conversations while putting together this issue: from Hans Tan’s ‘R for Repair’ exhibition in Singapore to my conversation with Farresin, who positioned repairability as a sustainable approach that businesses across a variety of industries can employ. It also came up in discussion with Jordanian-Palestinian designer Abeer Seikaly, who spoke about looking back at how ‘mending’ objects can once again be brought to the fore to help us rethink our stance on waste – the same call that Tan’s exhibition makes.

“I think if we look at the way our ancestors used to work and live, it was more in tune with this whole idea of a circular economy,” Seikaly said. “I think we need to begin understanding this idea of zero waste, and building with natural materials that can go back into the earth. We also need to think consciously about what we are consuming, and how – and the only way for us to truly start thinking about that is if we interact with nature.”

Some of the projects in this issue also place architecture in servitude to its landscape and community, as in the case with the Presence in Hormuz project in Iran by ZAV Architects, which graces this month’s cover.

I hope the conversations and projects in this issue (some of which also respond to using natural materials in lifestyle concepts, such as with Bone’s Terra café in Dubai) prove interesting but, more importantly, spark discussions around these topics which are critical to the future of the design and architectural disciplines.

Read ‘The Land Issue’ on ISSUU.