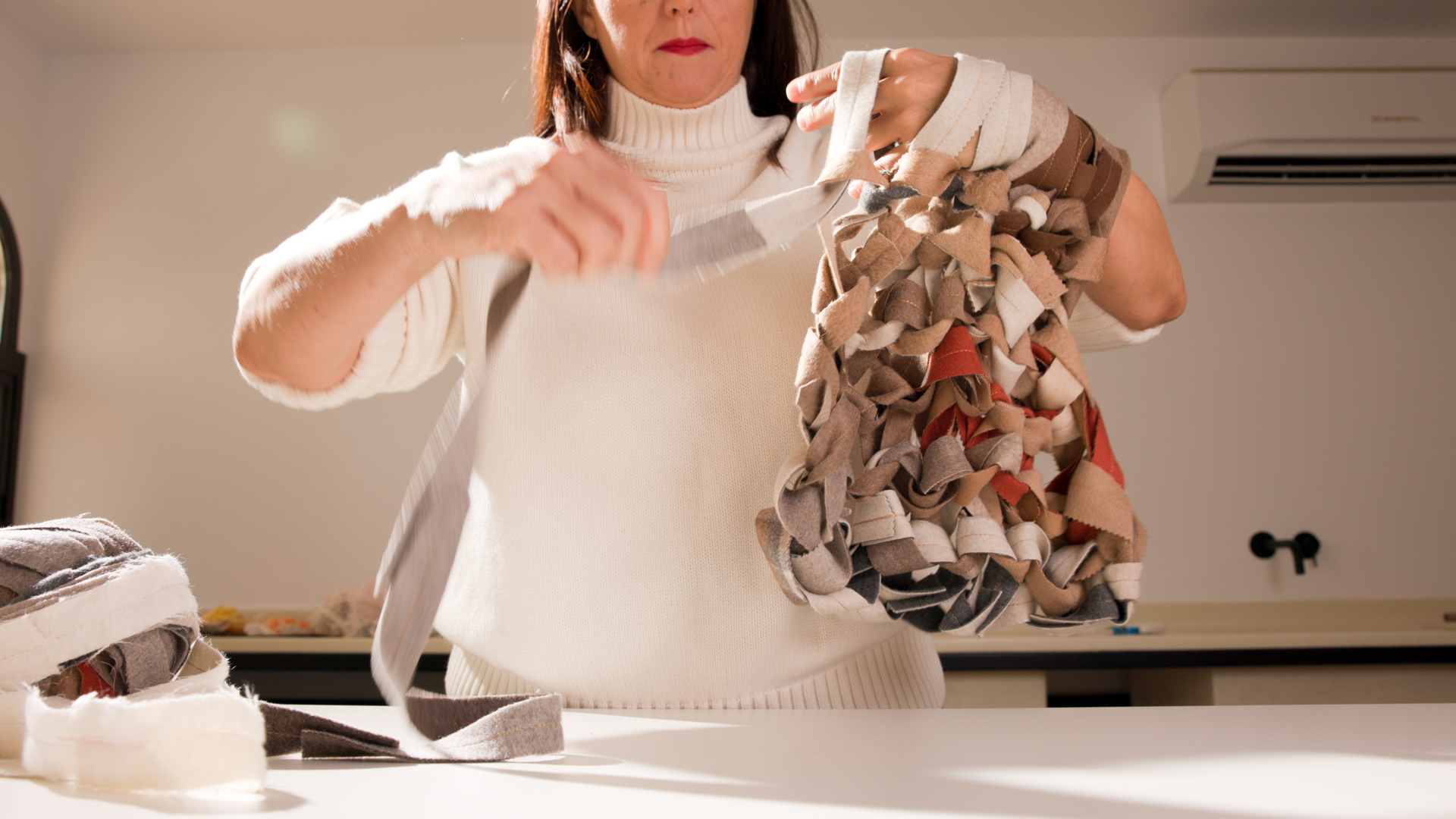 Exploring the intersections of heritage, culture and nature, Turin-based artist Paola Anziché has applied her research-led practice to create a new series of textile sculptures and forms for her four-month residency at Tashkeel, in collaboration with fashion house Loro Piana under the Tashkeel Residency programme. A textile expert in her own right, Anziché used Loro Piana raw fibres – off-cuts sourced from its factories including wool, cashmere, silk and lotus flower – and intersected them with traditional local fabrics and materials that are closely linked to the heritage of the UAE. 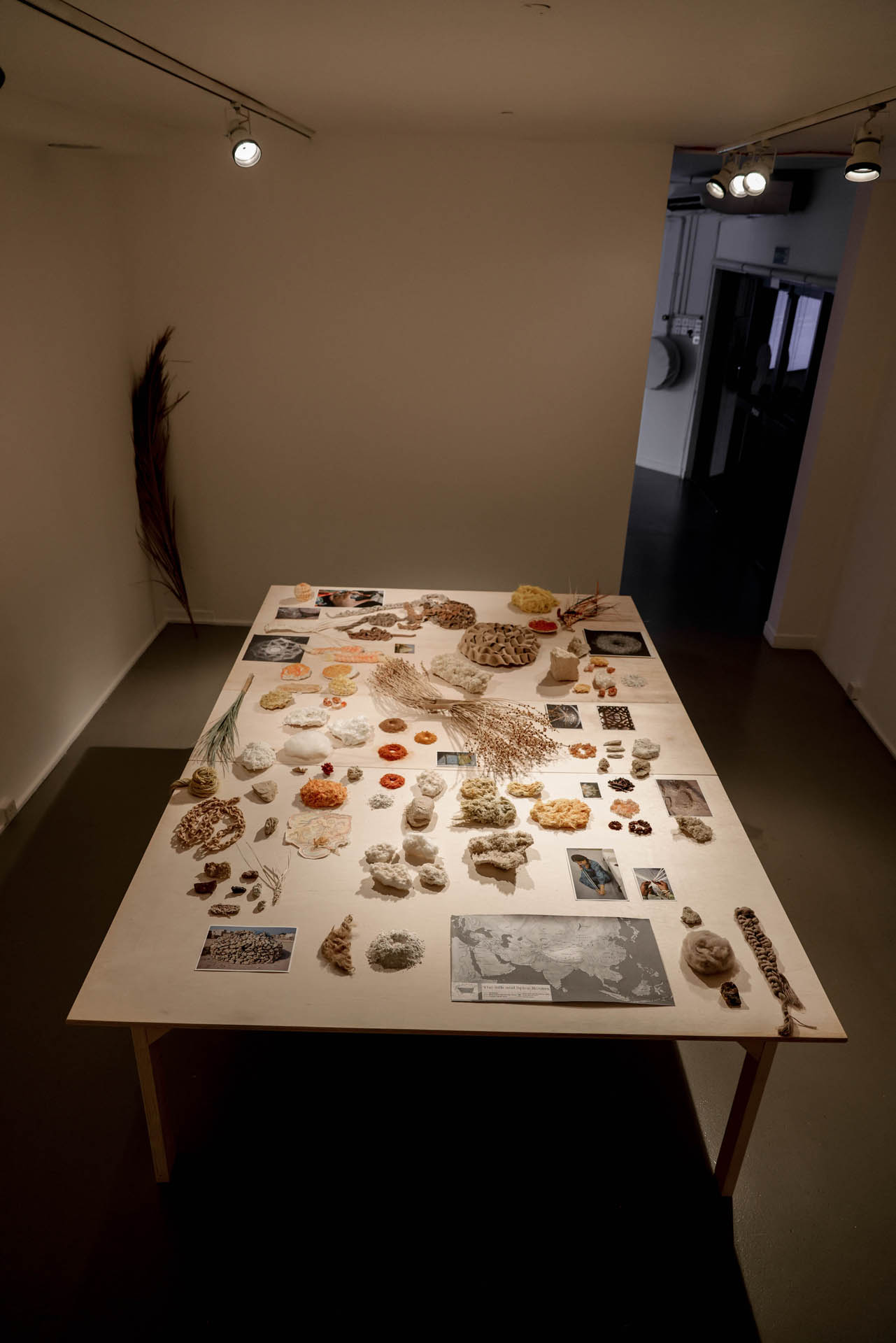 “‘Seeing with your hands’ is the expression with which I define my artistic practice, where every work, every sculpture, is created by experimenting with different weaving and interweaving techniques,” the artist tells identity. “The preparation for such manual practice involves the collection of texts and images, which in turn leads me to create a sort of archive to feed my research. “My interest in the gestural aspects of weaving stems from an intention to reproduce (and reinterpret) the purity of a non-verbal language that has been developed over time and communicated through the action of hands… Every material is chosen for its precise physical characteristics. These influence both the design process and the creative methods used. In doing so, it is possible to retrace the history, the original context and, in some way, the uniqueness of each fibre,” she says. 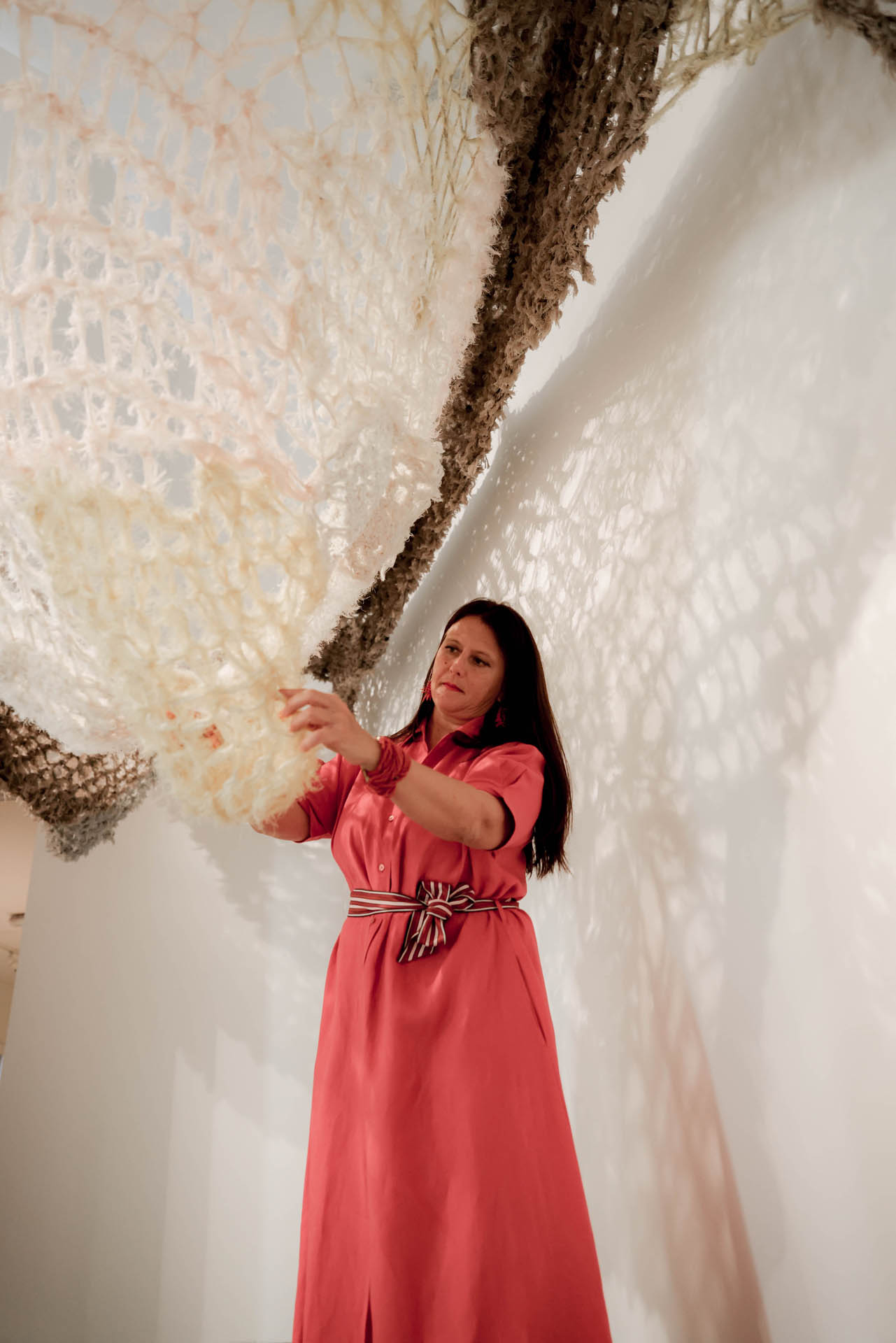 Her body of work at Tashkeel, titled ‘Entwined Matter’, investigates what, to the artist, is the ‘hidden’ culture that surrounds Dubai and beyond. She explored traditional architecture and archaeological locations across the Emirates and became introduced to those safeguarding the art of traditional crafts through the Bidwa Social Development Programme, a centre in Dibba Al Hisn run by Irthi Contemporary Crafts Council. 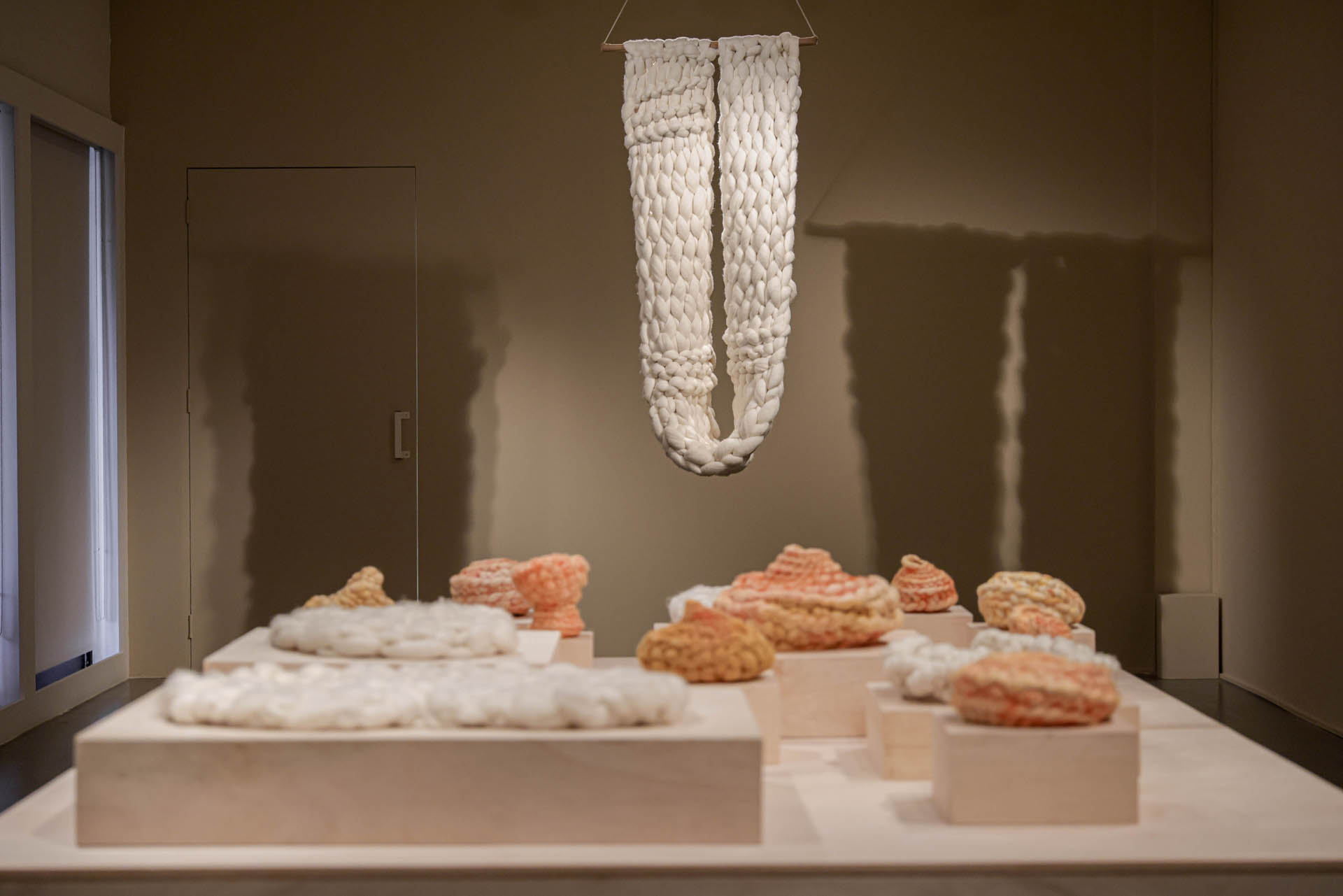 “By carefully observing places and environments, I discovered a wealth of references implicit in them: the large corals traditionally used as bricks in the buildings of Al Hamra Village, Ras Al Khaimah (precious fractal geometries); the varying shades of sand (especially noticeable at sunset) at Al Jahili Fort in Al Ain; the chromatic variations of the sands at Meliha Archaeological Centre and Buhais Geology Park in Sharjah; as well as the suggestive ‘crusts’ of sand and salt found in the salt lakes (‘sabkha’ in Arabic) of Al Wathba, Abu Dhabi,” Anziché shares. As a result, the artist has integrated elements of the region into the textiles and fibres: she used spices as a symbol of the ancient relationships and trading routes between the UAE and its neighbouring countries; salt, referring to the importance of obtaining drinkable water through desalination as well as references to the salt lake (sabkha) formations in the desert; and ‘the sun’ which, she says, plays an active role in marrying the spices and the fabrics, as well as in combining the salt. Another active component in the artist’s work is the connection between the pieces and their audiences: “The bond between the body and the work is a constant in my practice,” says Anziché. “I often choose to place the viewer close to a piece so that it forms an experience in their memory. The viewers must be able to pass through, climb over, lean on and touch [the work].”