Designed by Commune Design, the cafe is partly inspired by Vakili's life and culinary ethos 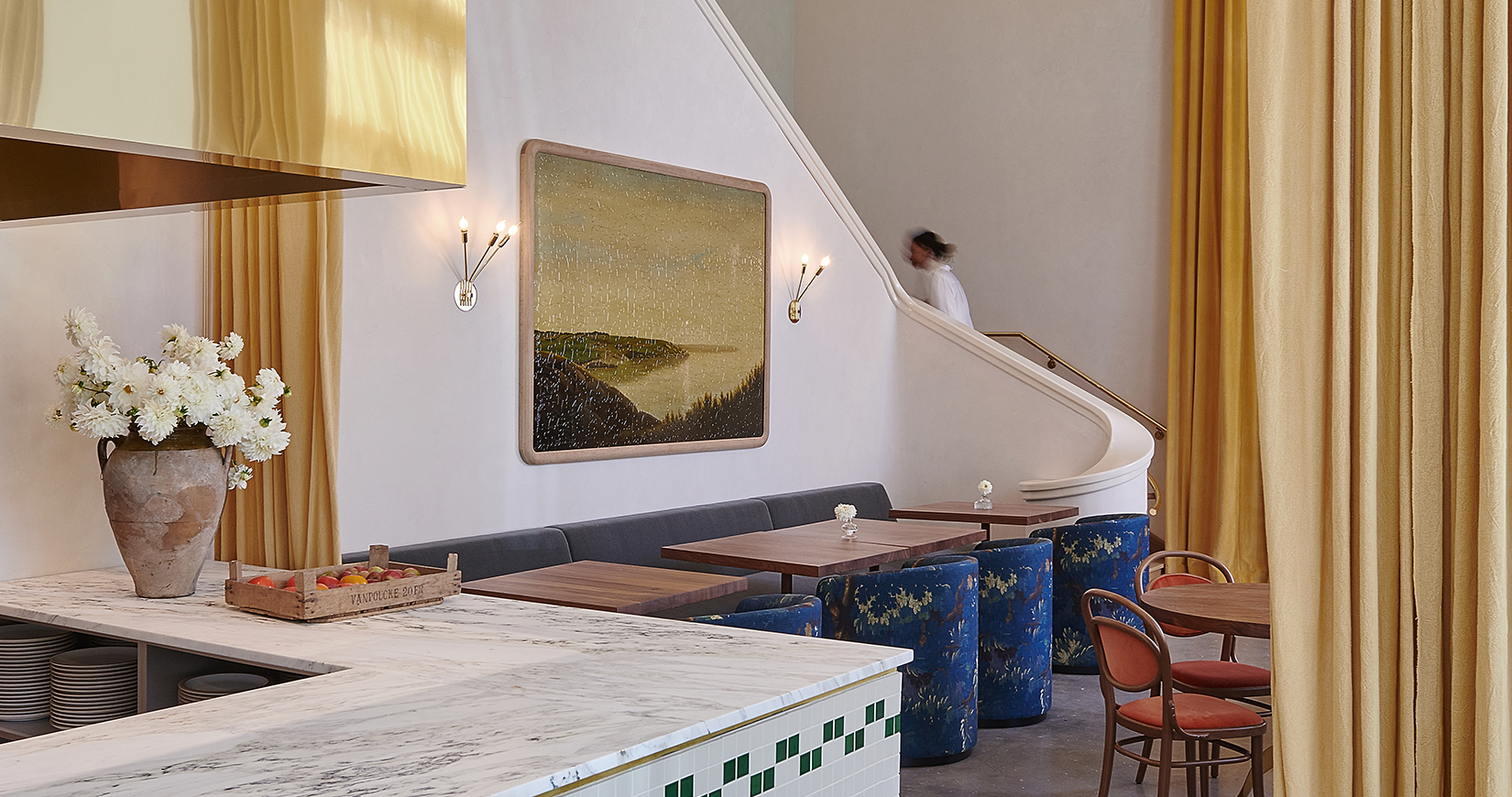 In the upscale neighbourhood of Buckhead in Atlanta, new café and market Le Bon Nosh (which roughly translates to ‘the good bite’) occupies the ground floor of a newly built mixed-use condominium building and reflects the personal story and heritage of its Iranian chef, Forough Vakili.

“Forough had a very compelling vision for this place and how it would serve as a hub for her community,” explains Roman Alonso, co-founder of Commune Design, the design studio behind the interior design of the space. “She is a meticulous researcher and through her process she found us and reached out.” 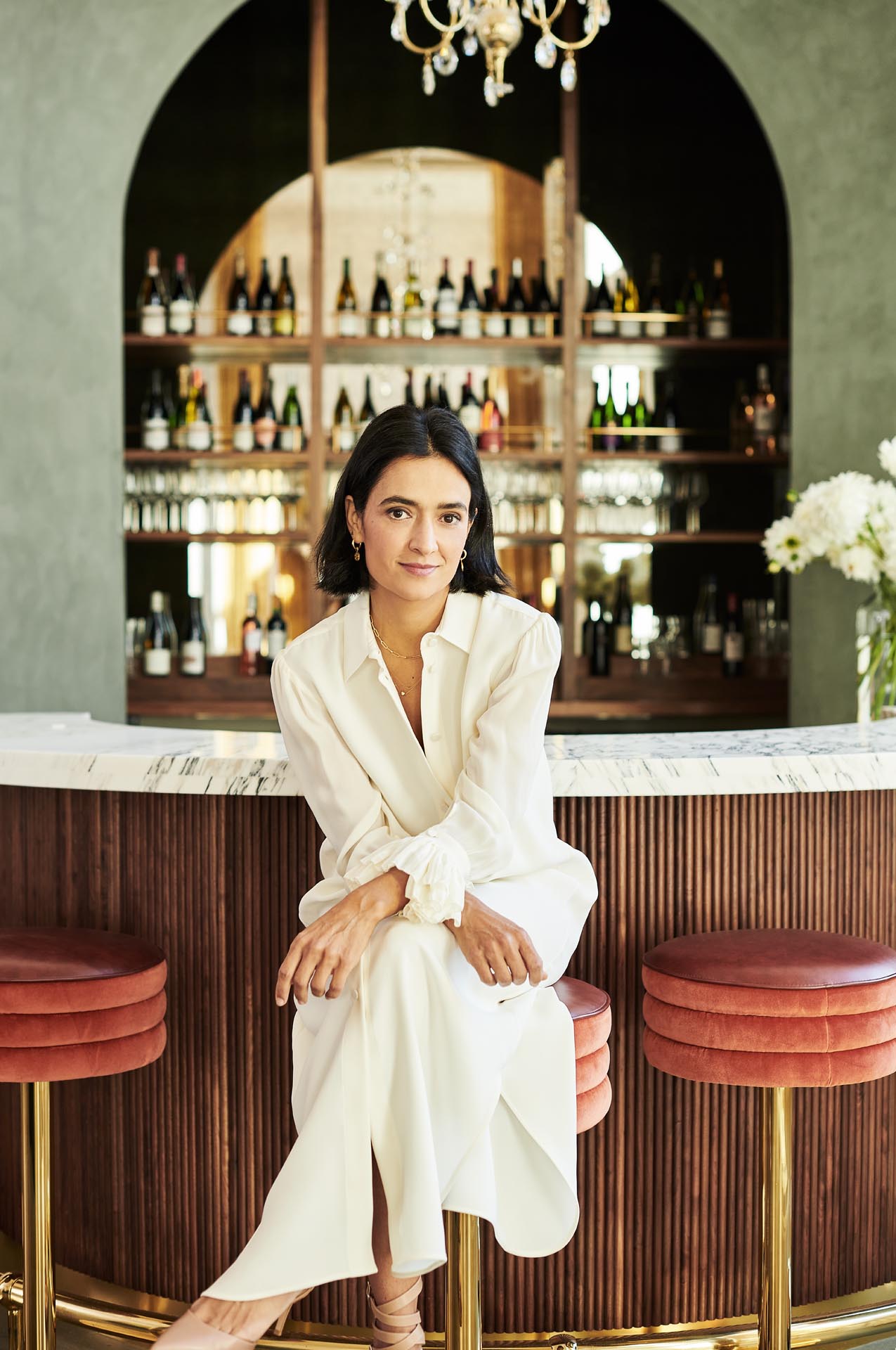 The designers had the chance to work on a blank canvas, as the space was originally a raw concrete shell with rough openings for windows. “We introduced the cypress storefront with arched doors, inlaid tile signage and painted brick to differentiate the volume of the restaurant from the rest of the building,” says Alonso. “These architectural elements set the tone for the narrative and materiality that unfolds on the interior. The blue paint on the brick is also a nod to regional history. It’s a shade known as ‘haint blue’ and is commonly used on the ceilings of covered porches and entryways of historic southern homes; it’s said to ward off bad spirits.” 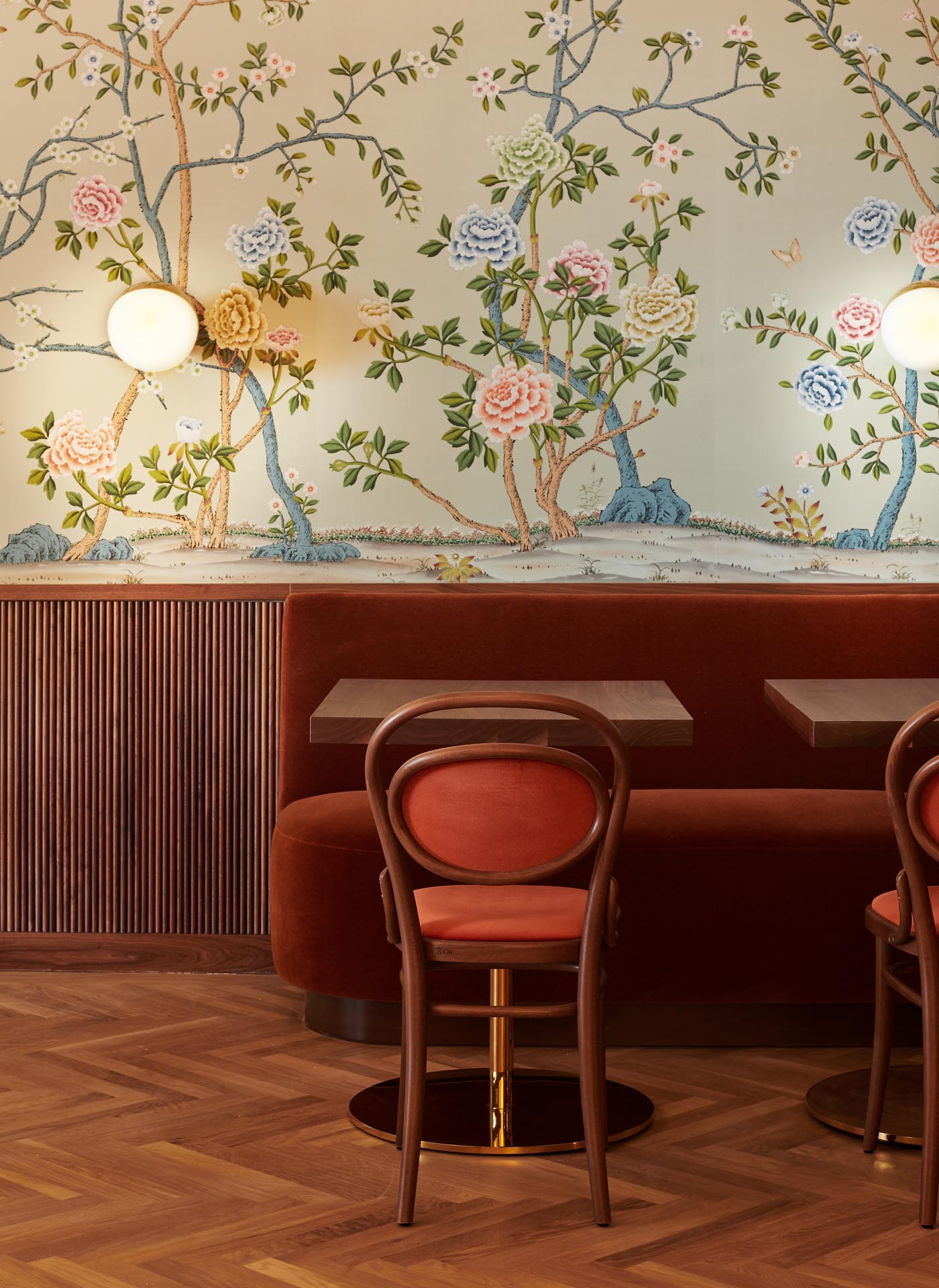 Spread across two levels and around 550 square metres, the café – which is Vakili’s first entrepreneurial project – was inspired by the concept of community and gathering. “Food literally and symbolically anchors the space,” describes Alonso. “An open display kitchen with a custom La Cornue range is at the centre of it all, flanked by a market café on one side, with custom tamboured oak communal tables, and [a] more formal dining room and bar on the other.” A curved staircase leads to a mezzanine, which serves as a private dining space, adorned with  hand-painted wallpaper by de Gournay and a constellation of lighting fixtures by Michael Anastassiades, with two stars hidden among them that refer to the chef’s children. 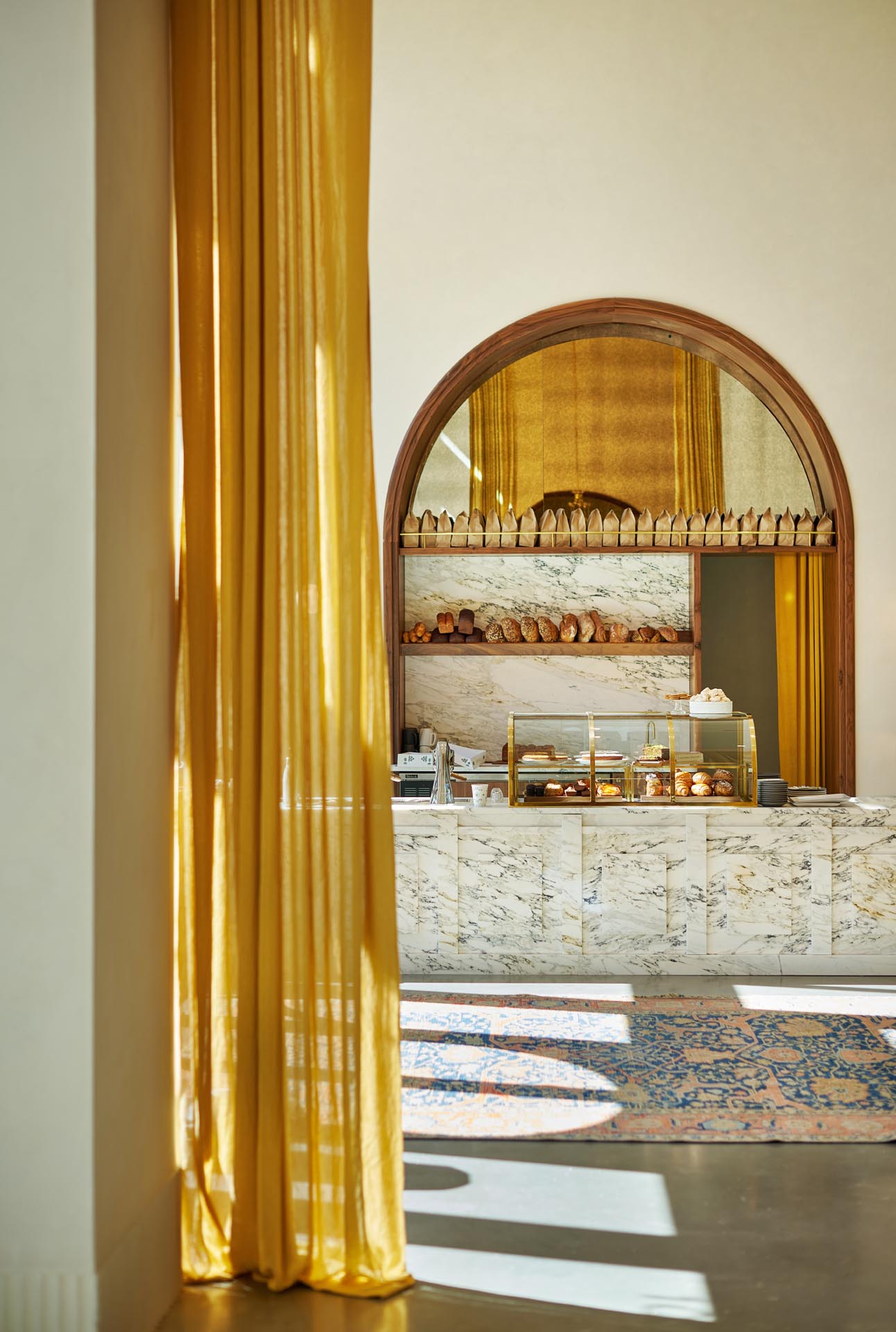 The naturally dyed velvet drapes and layered hand-woven rugs are an ode to Vakili’s Persian heritage, while the colour palette was also taken from the chef’s life story. Among other elements that reference the chef’s background, the textiles’ saffron and pomegranate tones pay homage to the family’s farm in Iran where she was raised; and the deep blues of Tyler Hayes’ painting in the dining room echoes the sea in Brittany, where Vakili lived and worked after culinary school. 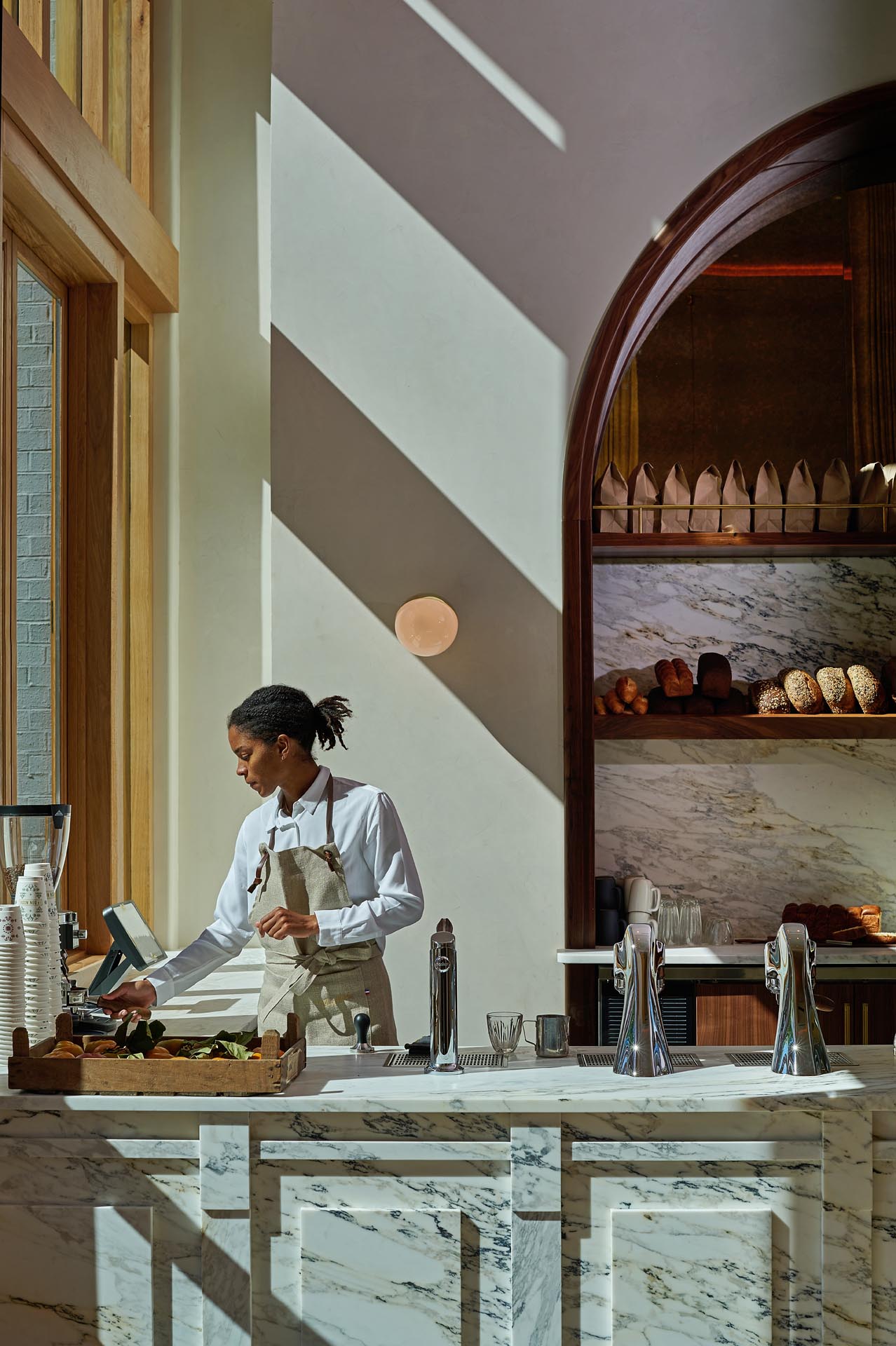 “Whatever we put into the space had to speak to Forough’s culinary ethos – each material had to be true to its origins, thoughtful in its use and harnessed for the purpose of building community,” says Alonso, who used plaster walls, natural woods, honed marble and handmade tiles. 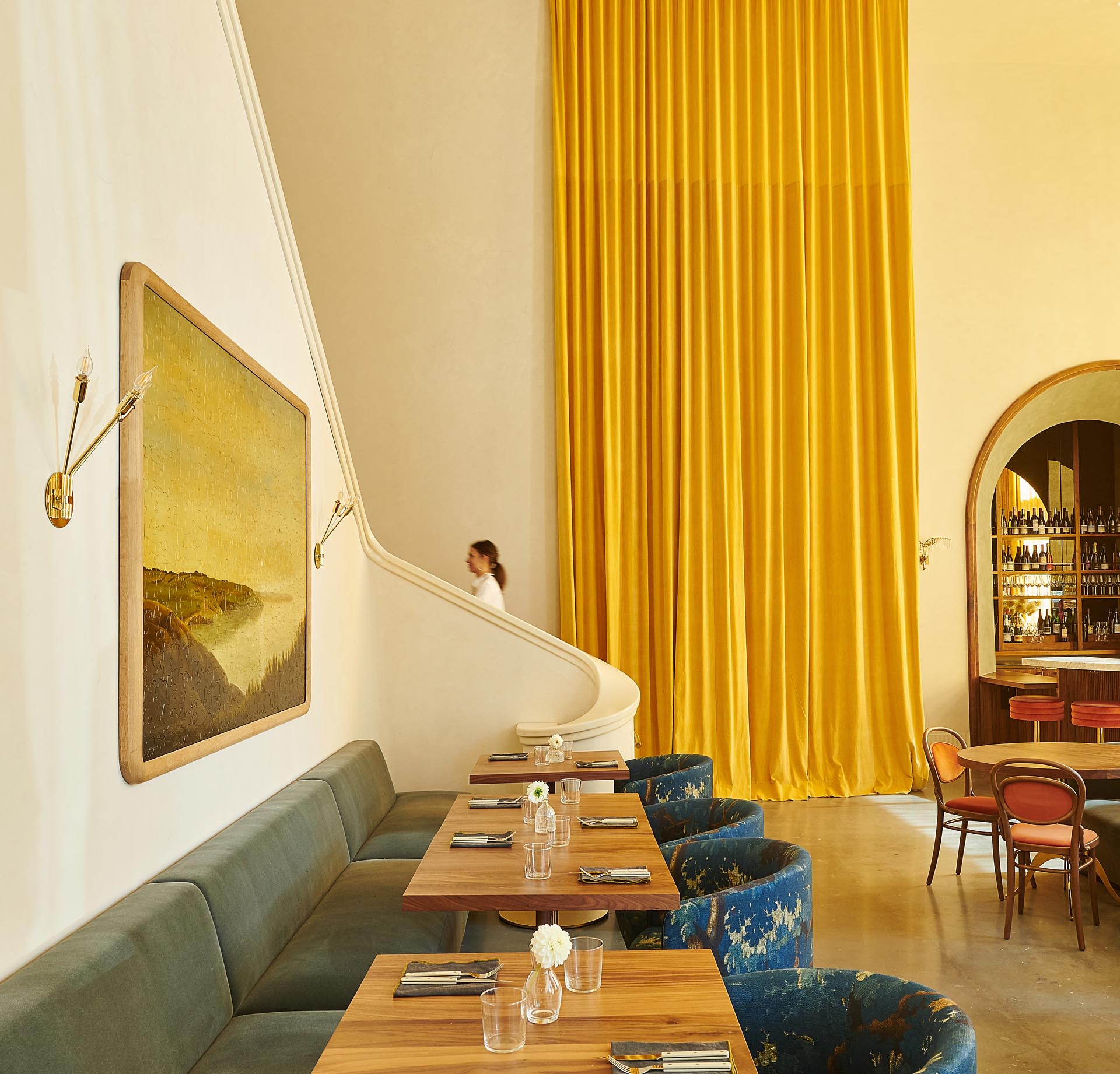 “Forough appreciated the kind of casual elegance executed so well in Parisian and Viennese cafés,” he adds. “We filled the space with the same pieces made famous by these storied establishments.” Thonet chairs, custom tables inspired by Jean-Michel Frank, as well as Woka chandeliers and sconces are mixed with artisanal elements throughout. “The result is an incredibly personal space – a restaurant that looks more like a home, and a home that feels like a portrait of a uniquely multi-national life,” Alonso concludes.