The exhibition highlights Mohasseb's creative process and distinct use of materials 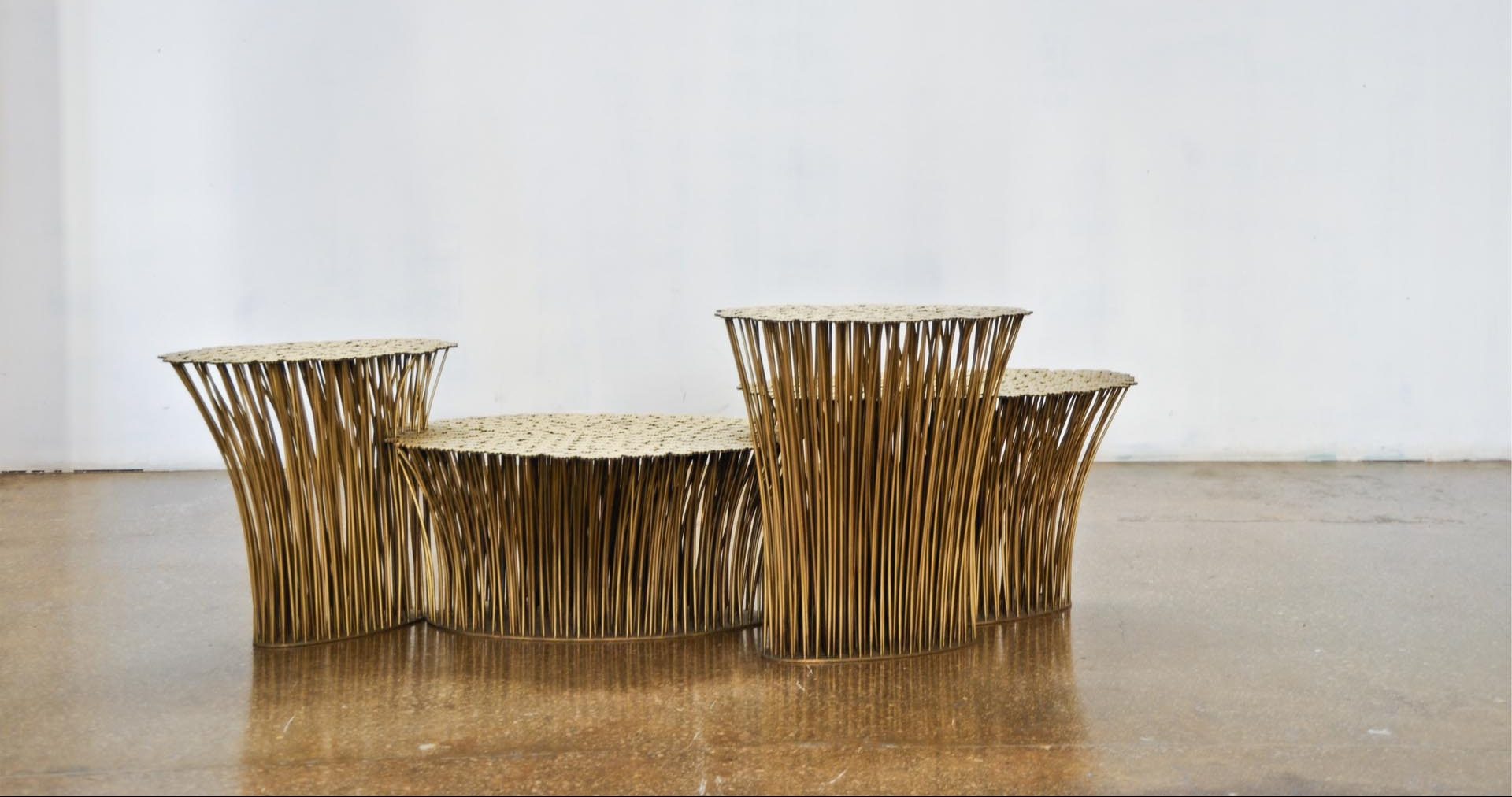 Rasheed Kamel has long loved art. Growing up surrounded by creative talents, over time the collector discovered his natural ability to identify promising artists and pieces of rare appeal. It was Kamel’s belief that the Middle East lacked a true appreciation for art and design, and the idea of a gallery, a place for “exploration and experimentation”, was born. “Le Lab’s ultimate mission is to support the Egyptian and regional art and design world,” says Kamel.  “Firstly, Le Lab hopes to serve as a platform for unique talents of the Middle East. With our network of international counterparts, we hope to engage in synergistic collaborations that shed light on these talents and also expose us to new ideas and concepts that we can share with our community.”

The second element to the mission is education, through which Kamel hopes to foster an appreciation for art among the wider population, believing that this will feed into a more vibrant artistic movement in the region.

Created in collaboration with The Design Firm Plus, Kamel describes the gallery as “a raw space with a twist”. It comprises warm and natural textures, such as wood and stone, alongside architectural elements such as archways. The idea was to recreate the feeling of a treasure hunt, where the prize is the discovery of something wonderful. Through Le Lab, Kamel also strives to break down the division between art and design, and what can be regarded as an ‘artwork’. For him, the appreciation of a design piece must always include the process as well as the craftsmanship, innovation and approach to material[ity], in addition to the narrative and drive.

For this first solo show, Kamel chose to work with Lebanese architect and designer Georges Mohasseb. The connection between the two men started on a personal level, back when Kamel was on a hunt for “functional art pieces” for his home. “There is at once a diversity in the materials Georges uses, and a cohesiveness in his design aesthetic that makes for a very solid brand identity that I genuinely appreciate and admire,” Kamel says.

‘Intermission’ exlores Mohasseb’s process from start to finish. The designer’s pieces feature high-quality craftsmanship and a creative merging of materials of differing colours, shapes, textures and appearances. Two such examples include the Galet bench, made from laminated American walnut and hand-carved marble, and the two-metre-long Marguerite coffee table, which features 1,500 stems that are meticulously carved using solid brass to form a remarkable bouquet of daisies. “I wanted to show a retrospective of my work in order to share new ideas in a new market such as Egypt,” says Mohasseb. “The pieces are very unique and different from one another, yet together they connect to the space and the idea of what Le Lab is about.”

The future seems bright for both Mohasseb and Le Lab. Mohasseb’s work is entering a new market, and ‘Intermission’ is the perfect launch pad. Since opening in October, Le Lab has already worked with Egyptian artist and sculptor Khaled Zaki, chef Karim Abdelrahman of Privé Avec Karim, and Gypsum International Gallery on a multi-disciplinary, multi-sensorial experience to celebrate the work of revered Egyptian artist Ahmed Morsi. 2022 will see the works of Omar Chakil and Richard Yasmine on show. Whatever the future holds, this bold new creative space is well-placed to flourish in Egypt’s thriving market.