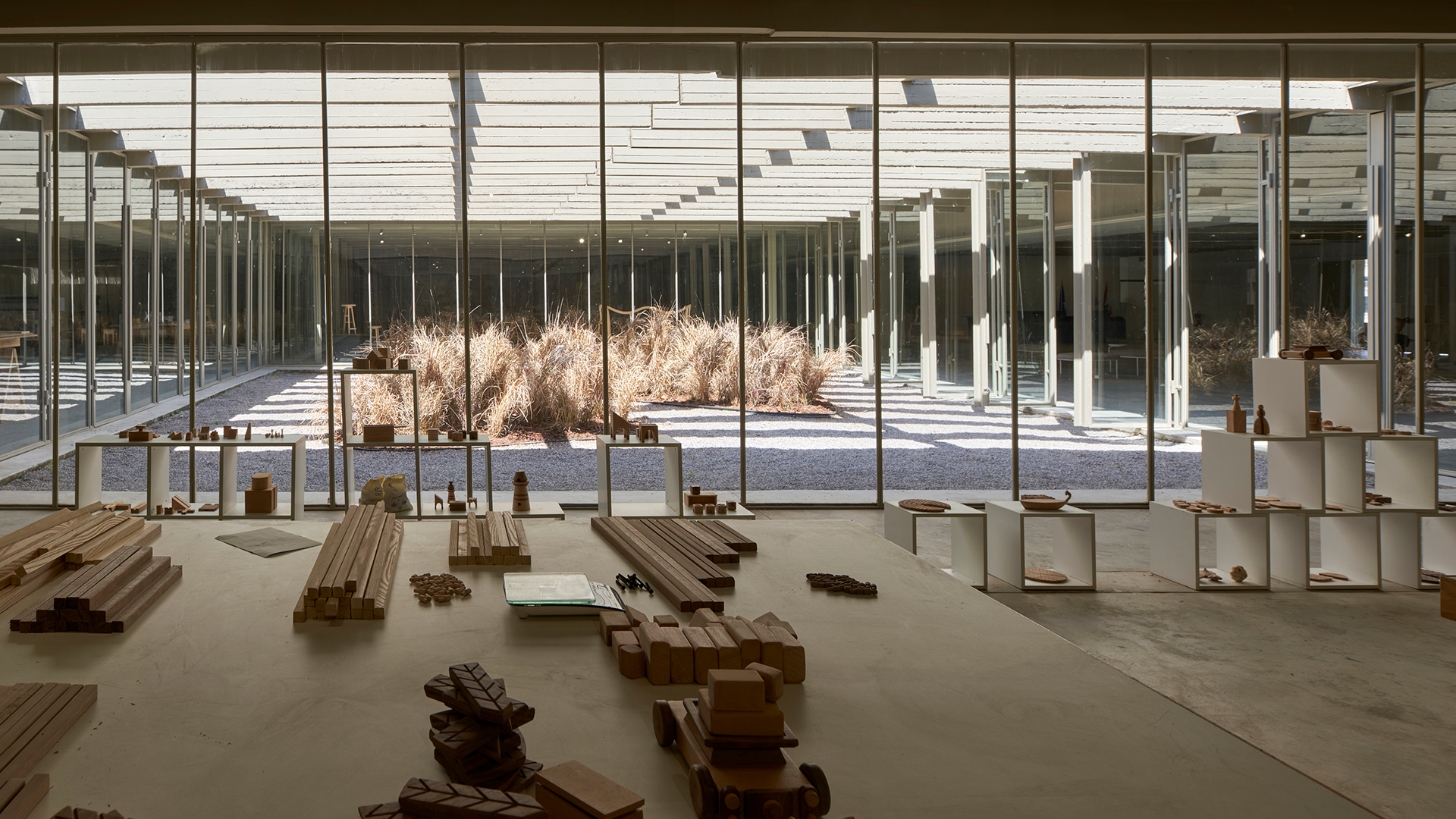 One of the recipients of this year’s Aga Khan Award for Architecture is Beirut-based collective practice East Architecture Studio’s reversible renovation of the Niemeyer Guest House – designed by the late Brazilian modernist architect Oscar Niemeyer.

The building stands at the entrance of his Rachid Karami International Fair, which he designed between 1964 and 1975 in Tripoli – and which has remained incomplete and derelict since its construction was halted due to the Lebanese Civil War.

Considered to be one of the finest examples of modernist architecture in the Middle East, the 10-hectare masterplan had been the subject of grandiose schemes and unimagined competitions, while this current renovation of one of its structures is being praised by the jury as “an inspiring tale of architecture’s capacity for repair, at a time of dizzying, entangled crisis around the world, and in Lebanon in particular, as the country faces unprecedented political, socio-economic and environmental collapse.”

Tripoli is one of the oldest port-cities of the Mediterranean and was once renowned for its craft industry – particularly wood; however, its present state shows growing poverty, migration and lack of public space.

Led by architects Nicolas Fayad and Charles Kettaneh, the project was commissioned for Mijara – an initiative that is working to reinvigorate Tripoli’s declining wood industry by providing a platform for carpenters to meet, share, learn skills and access tools and materials, and to meet designers.

Drawing inspiration from the existing typology, the building is a single-storey introverted, windowless structure from the outside, yet flooded with light within through a central atrium and two courtyards.

“Our intervention’s main principle stays true to the building’s integral architectural qualities, materiality and imagined past,” the architects explain. “We’ve asked ourselves how Oscar Niemeyer would have completed the structure, by researching similar projects and architectural conditions within his body of work that might recall the Guest House’s initial design intent. The result is our own interpretation of the Guest House’s ‘DNA’, that we brought to life by proposing three intervention typologies.”

These include inserting flexible partitioning using lightweight steel and glass panels, creating a transparency between the internal and external spaces, and introducing ample, playful light and shadow. “With the help of local craftsman, we were able to translate the ceiling’s structural grid into a series of slender, full-height operable panels in a cost-efficient way,” they say.

As a reference to the Itamaraty Palace in Brasilia, designed by Niemeyer in the ‘60s, the architects chose to conceal the main structural elements of the building using wooden panelling, creating columns and drop beams in linear shapes that became almost ornamental. Additionally, a custom-made lighting solution was created, made of bent recycled metal sheets, referencing the patterned ceiling and proportions.

“The proposed material palette and colour tones reference the state in which we first encountered the building – in its unfinished concrete grey colour – which is reminiscent of the Fair grounds. The resilience of concrete as a material, but also as a colour, gives a sense of timelessness and austerity to the incomplete city in which the building resides. We’ve intentionally embraced this timelessness and introduced ‘monochromatism’ as an integral part of the design intervention: ceilings, walls, floors, millwork and metal frames, all predominantly grey, help reveal the building’s original weightless interiors, blurring thresholds between inside and outside,” the architects describe.

The main ground floor of the building hosts a reception, materials library, and exhibition and meeting spaces, as well as an administrative zone, toilets, a carpentry workshop, an assembly/think-tank space, a machinery storage area and a service room for dust-extracting machinery. No new walls were added aside from the glass partitions, and all furniture is free-standing.

The architects describe the current function of the building as ‘ephemeral’, meaning that the building has been designed to be able to take on other functions, or perhaps even reclaim its original use. The lightweight partitions, lighting fixtures and machinery could be removed, leaving place for another programme to take over; “However, the integrity of the original design intent would stay untouched,” they state.

“We hope that the renovation of the Guest House is the starting point towards a transitional urban renewal strategy that will gradually reclaim the smaller pavilions of the Fair through inspiring, reversible and tangible experiments,” they conclude.