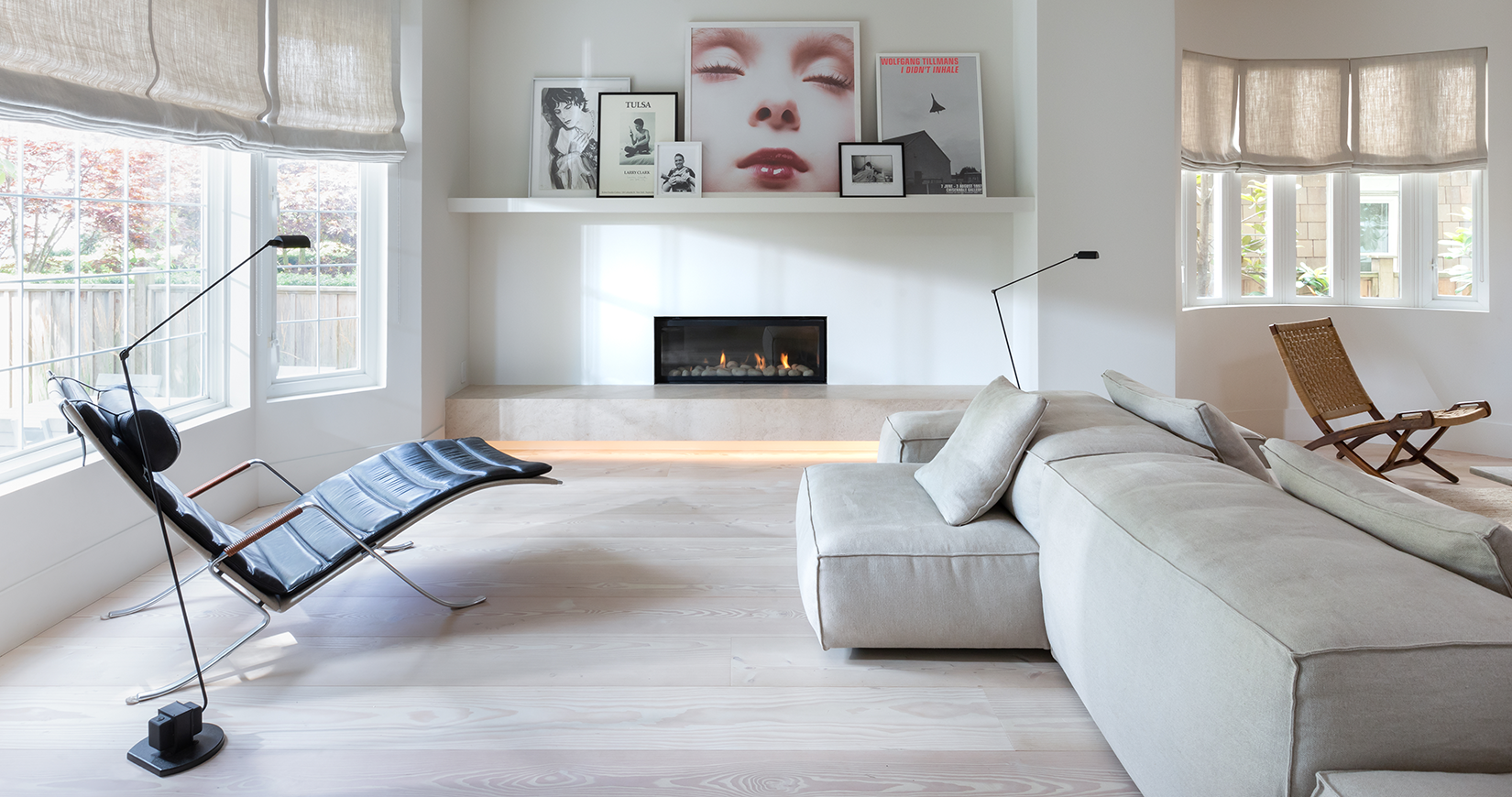 Originally from Sweden, Linda and David Bergman crossed the Atlantic a few years ago with their two young daughters to move to the west coast of Canada, where both work as executives at two international fashion labels. With their professional background, combined with a passion for art, the husband and wife have an indisputable sense of style.

To enhance their life in British Columbia, the couple decided to purchase a house in the coastal neighbourhood of Kits Point in Vancouver, and asked Daniel Ching – who is at the helm of his studio Untitled Design Agency – to help them transform it into their perfect home. 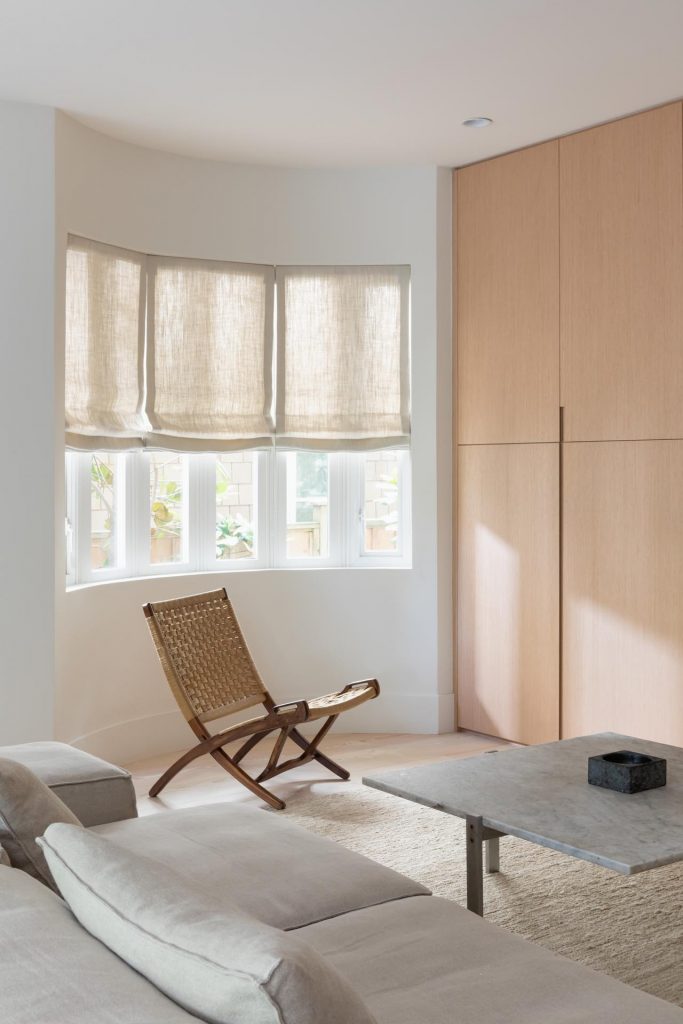 Spread over a little more than 220 square metres, the property had consisted of traditional architectural shapes. The interior designer and the homeowners agreed on reinterpreting the house through a contemporary makeover that would be simultaneously respectful of the soul of the house.

“A character home reimagined was the design intent of this renovation project,” Ching says. “During the early stages of the project, the homeowners were after an unapologetically modern interior, which proved to be challenging. The dialogue between the intrinsic architecture of the home and a true-to-form modern interior was disjointed. As the interiors were developed, a softer interior language came to light.”

Throughout the different phases, the concept became more precise and adapted to the general spirit of the project, balancing “the bones of a character home and the minimalism of modern design,” as Ching describes.

Pure lines mix with traditional materials – such as the fir wood floors, limestone counters and oak millwork that were used in their purest state, without any ornamentation, in order to patina over time, while balancing with the soft and restrained colour palette.

“For each interior project we work on, we establish its point of reference,” explains Ching. “This allows us to form a cohesive understanding of each unique space. For example, for this house our point of reference was time-honoured materials.” 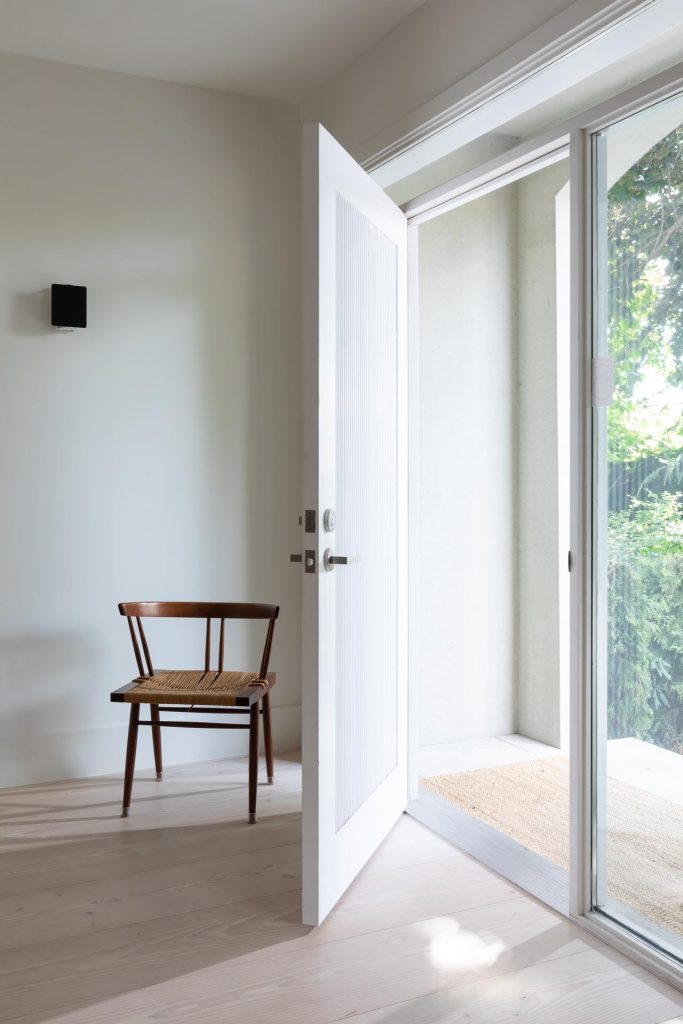 As a result, a peaceful, cosy and timeless ambience was achieved – as exemplified in the main living space, where a trim-less fireplace with a natural limestone hearth is an invitation to relax comfortably. “We firmly believe that the atmosphere of our homes should have a visual quietness,” Ching asserts.

Contemporary furniture, including the Minotaure armchair by Pierre Augustin Rose and the Extrasoft sofa by Piero Lissoni – among other pieces – were added to complement the elegant look; while others, such as the table in the dining room, desks, beds and nightstands, were custom-designed specifically for the project. For Ching, this bespoke touch is essential, and gives a unique character to every interior created by Untitled Design Agency.

All from David’s collection, the colourful artworks by Inez & Vinoodh, Larry Clark, Roberta Bayley, Alasdair McLellan, Wolfgang Tillmans, Elizabeth Peyton, Eddie Wrey, Robert Rauschenberg, Casper Sejersen and Sterling Ruby contrast with the rest of the decoration and reflect the homeowners’ passion for the fashion world, in particular through the selection of photographs. 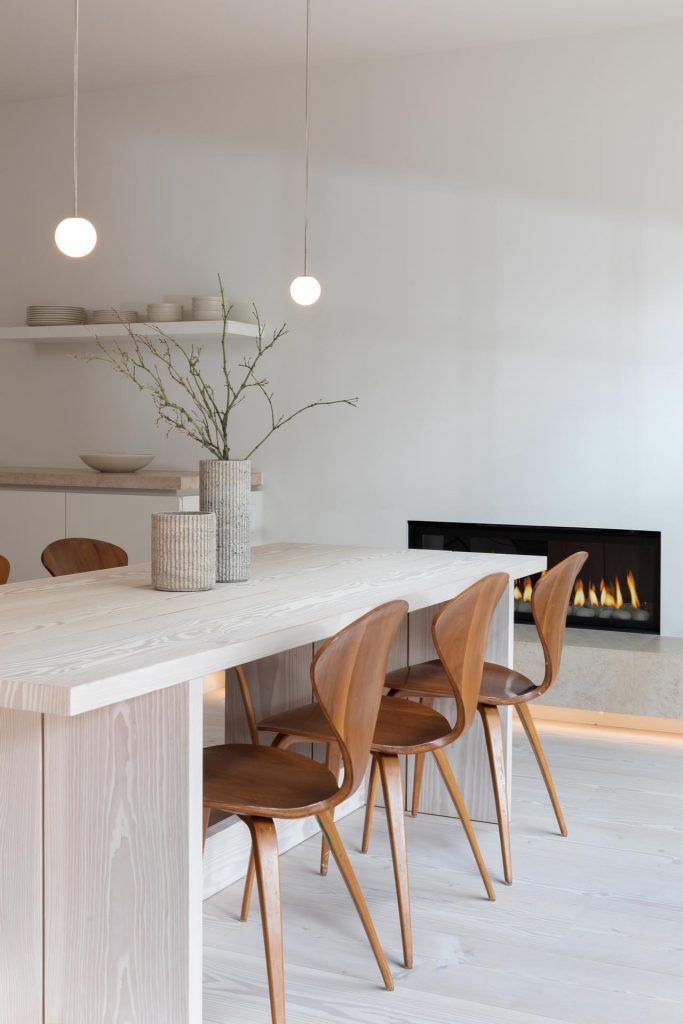 “This project was an authentic collaboration between David and me,” Ching says. In this sanctuary – aptly called ‘Still Life House’ – materiality and harmony prevail.”

“Interior environments have the ability to conjure calming feelings and emotions,” the designer concludes. “Every element was carefully chosen and placed, and all of them contribute to the beauty of what is essential in a very subtle way.” 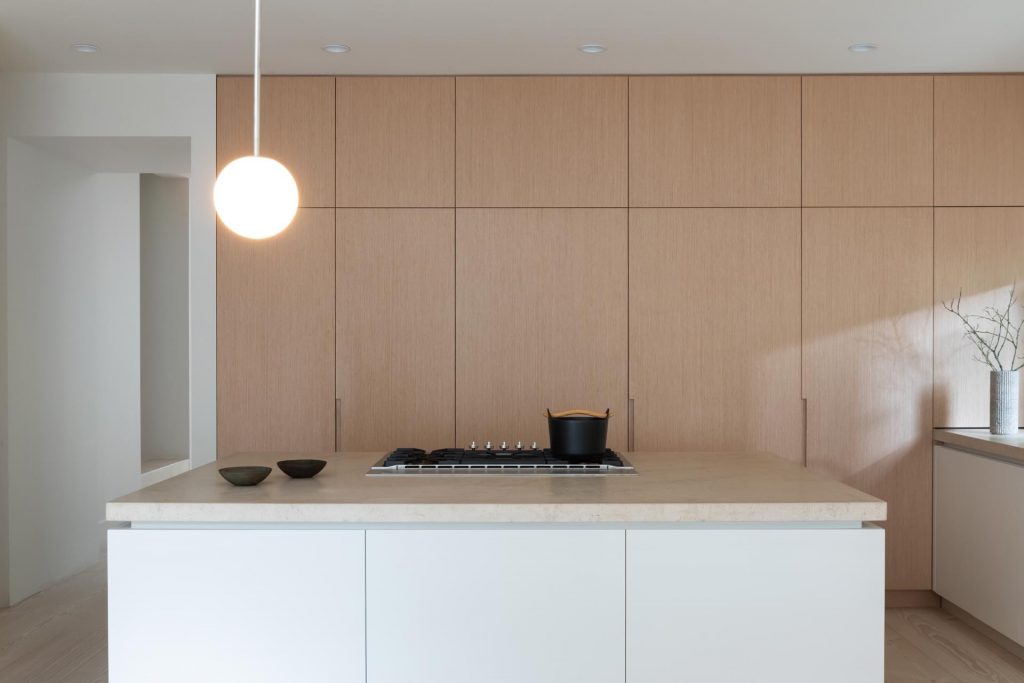 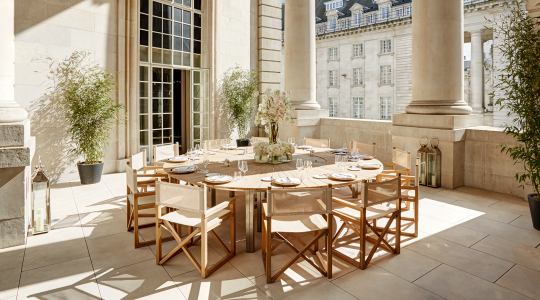 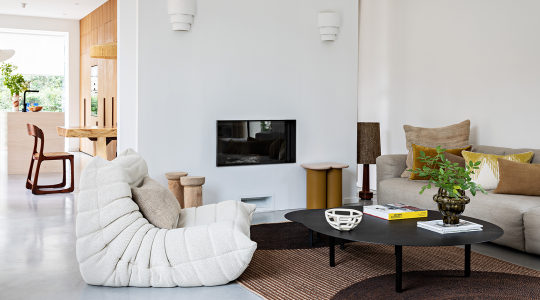 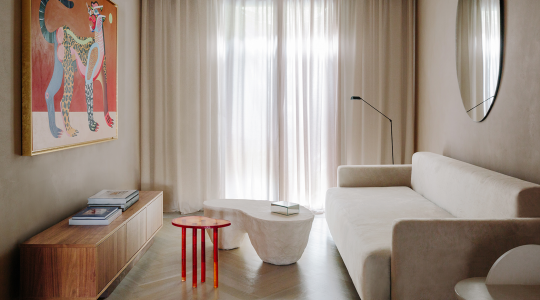 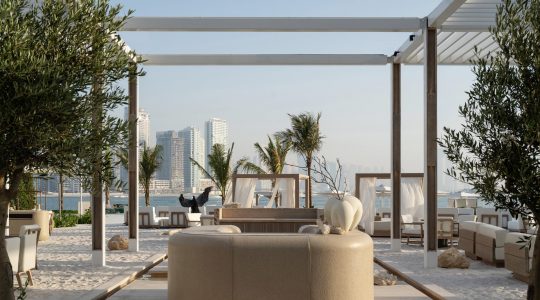